The ‘Corpse Bride’ director’s children joined him on the red carpet at the Rome Film Festival, for a tribute to Tim Burton.

Tim Burton was a proud dad, as he posed on the red carpet with his son Billy Ray, 18, and daughter Nell, 13, at the Rome Film Fest on Saturday October 23. The 63-year-old director and his little ones were attending a “Close Encounters” salute to his films at the Italian movie festival. The director seemed very happy as he stood with both of his kids (plus their dog!) around his arms. 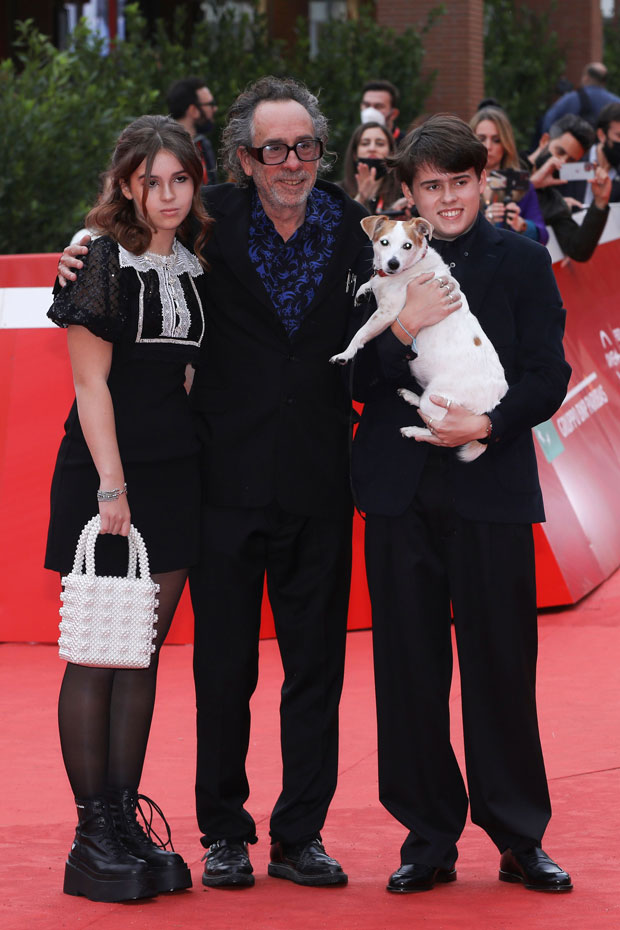 Fitting to the director’s dark style of filmmaking, Tim and the kids were all dressed in black. The Dumbo director rocked a suit with a black and blue patterned shirt underneath, along with his huge pair of glasses. Billy also wore a black suit and held up the family dog Levi for an adorable red carpet bonus. Nell gave off total Wednesday Addams vibes with her old-fashioned-styled black dress with a white collar, and a pair of elevated black, platform boots. She also held a large white purse on the red carpet. 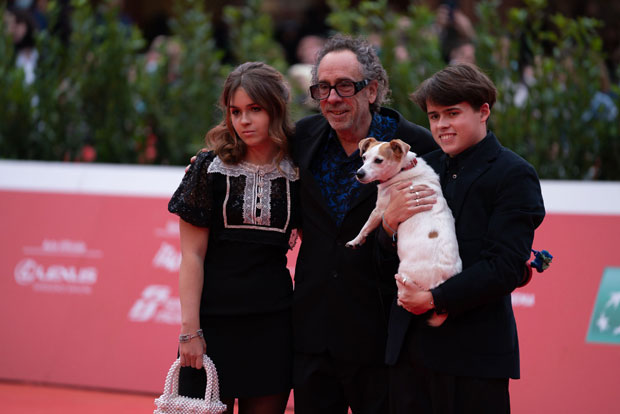 Tim shares Billy Ray and  Nell with his ex Helena Bonham Carter, whom he was with from 2001 until 2014. Billy was named after both Tim’s father William, and Helena’s dad Raymond. Nell was named “after all the Helens in the family,” The Crown actress told The Jewish Journal in 2008, via People. Tim’s relationship with the Fight Club actress was probably his most well-known, as the two worked together on a number of projects including Sweeney Todd, Planet of the Apes, Corpse Bride, and other movies. The Miss Peregrine’s Home For Peculiar Children director had been married to German artist Lena Gieseke from 1987 to 1991. He also dated Lisa Marie, whom he collaborated with on his movies Ed Wood, Sleepy Hollow, and Mars Attack! Prior to getting together with Tim, Helena had dated English actor Kenneth Branagh for about five years, before they split up in 1999.