Selena Gomez has been single as a pringle lately, which good for her because dating in a pandemic is hard AF! But the literal second that Selena was spotted on the arm of a man—who happened to be Aaron Dominguez, aka Selena’s Only Murders in the Building co-star that plays her love interest in the series—both paparazzi and fans alike instantly jumped to the dating conclusion. Selena was not a fan of the attention, and recently opened up about how unwanted press on her love life makes it impossible for her to properly date.

In an interview with The Los Angeles Times, Selena spoke about the Dominguez dating rumors. “We had just started working together. I honestly thought, ‘No wonder guys don’t want to date me!’ I think people only care because I’m young, and the older I get the less they’ll care,” she said. “For now it’s a part of the job that I don’t really like. I’m actually grateful that I’m not involved with anyone right now.” 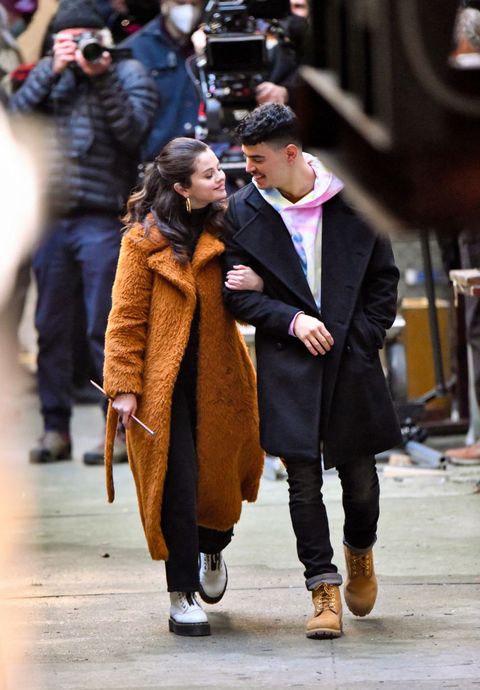 After Selena was fed up with the paparazzi for following her and and her co-star, it resulted in the now-viral picture of her flipping the bird to the photographers. Oh, you haven’t seen it? Take a look: 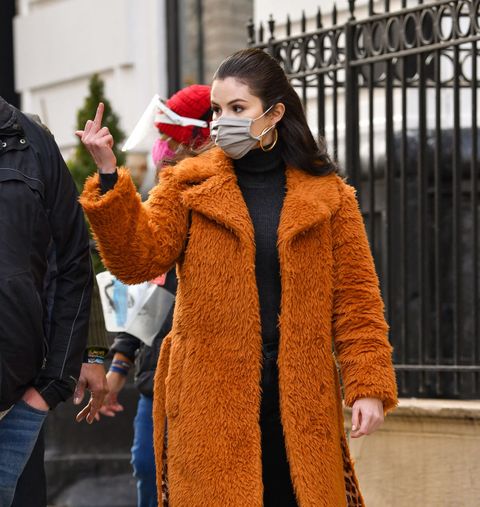 Yeahhh, about that: “Somebody was being disrespectful,” Selena explained. “And I don’t do well with that. Look, I am a very modest person, until you disrespect people. Maybe [it wasn’t] my best moment, but a girl’s gotta do what a girl’s gotta do. And I felt very okay with being like…‘Don’t talk to people that way!’”

As for the show, Selena seems to be enjoying herself while filming it. “The show is actually really fun,” she said. “It’s kind of a dramedy, so there’s moments that are real and then there are other moments that are complete chaos and hilarious. I’m working with Steve Martin and Martin Short and if you don’t know their work, by the way, they’re pretty amazing people to be around.”

Hopefully once filming is over, rumors about Selena’s dating life will be put to rest. Fingers! Crossed!

You love all the deets on celebs. So do we! Let’s overanalyze them together.