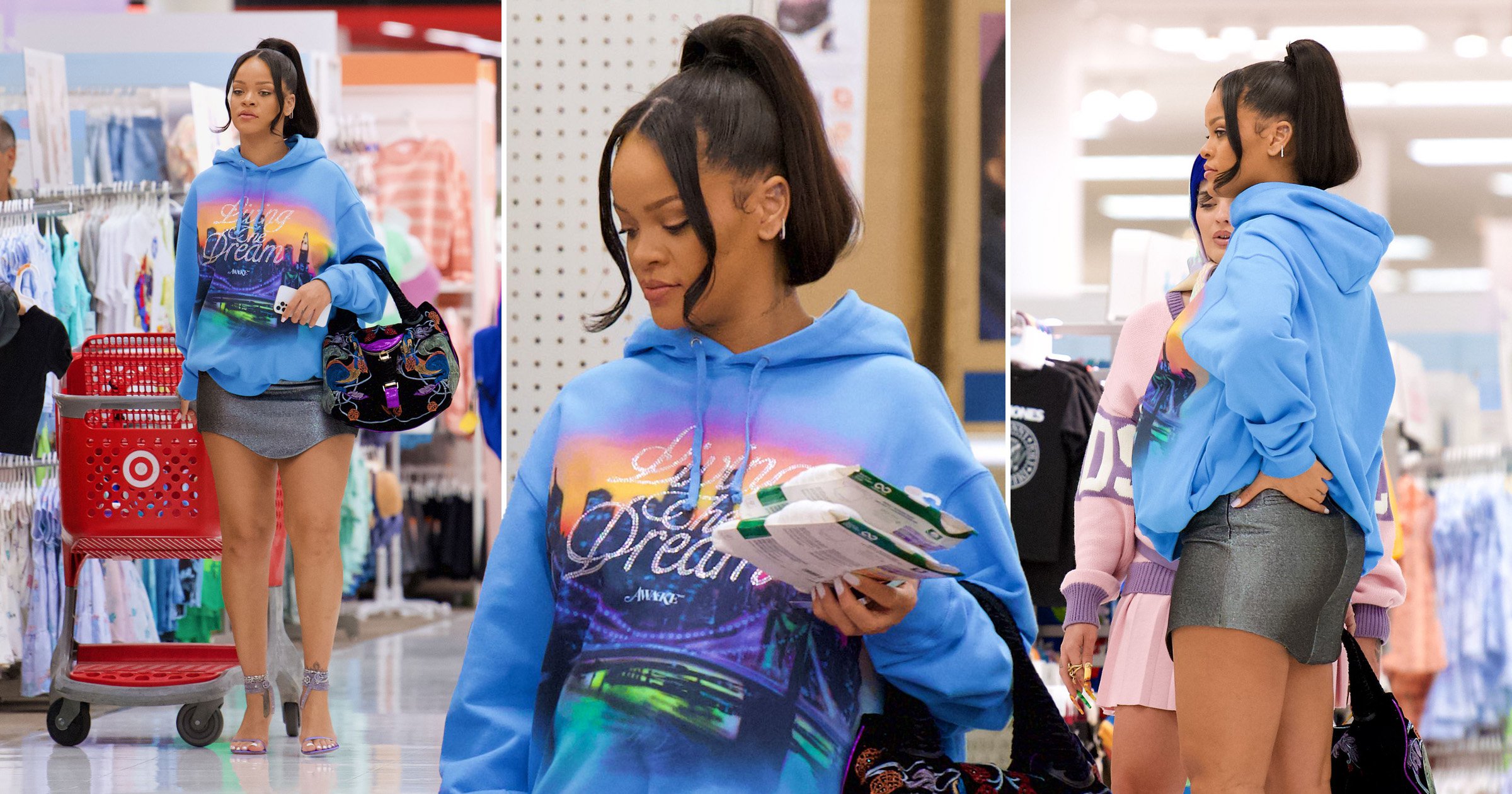 Rihanna may be a multi-millionaire, but even she can’t resist a bargain as she headed straight to Target to pick up some cute baby clothes.

The Umbrella hitmaker, 34, and her boyfriend A$AP Rocky, 33, are about to become the coolest parents, and it seems RiRi can’t wait.

She was pictured hitting up the American store in a hoodie emblazoned with the words ‘Living the dream’, as well as a cute miniskirt and purple heels.

Staying ever stylish, her hair and makeup looked flawless as she perused the shelves and picked out some adorable items.

It seems the star was planning on picking out a fair few pieces as she placed a hand on a red trolley which she and her pals were pushing around the store.

She and another fabulously-dressed pal chatted away as Rihanna considered her purchases, presumably leaving all the other unsuspecting punters a little stunned.

Oh, to bump into Rihanna in a Target.

The star has been absolutely rocking pregnancy (we never would have expected anything else), serving gorgeous looks and seeming absolutely over the moon.

In a chat with Elle magazine, she shared a sweet update, revealing: ‘There’s a pregnancy glow.

‘There’s also those days, girl. Especially in the third trimester where you wake up and you’re like, oh, do I have to get dressed? The face gets a little round and chubby. The nose starts to spread. Everything is a challenge, from getting dressed and how you’re going to do your makeup. But I like challenges.’

The We Found Love star announced her baby news at the end of January, taking part in the most stylish photoshoot around the streets of New York with her beau – who she was first linked to in 2020.

She has since been giving us incredible maternity looks, with her baby bump on full display.

However, she and A$AP initially chose to keep the news strictly under wraps – not even telling their closest friends about their joy.

Recalling the struggle in hiding the fact she was expecting, Rihanna told E! News recently: ‘It was harder for me to keep it from my posse, because they’re around me, they know my habits.

‘They’re like, “You don’t want something to drink? You’re not smoking?” And I’m eating all the things I’m not used to eating. They know I hate sweets and I’m all of a sudden asking for cookies and donuts.

‘But finally, I just had to let it all out, and they were all shocked, of course, as the world was shocked as well.’