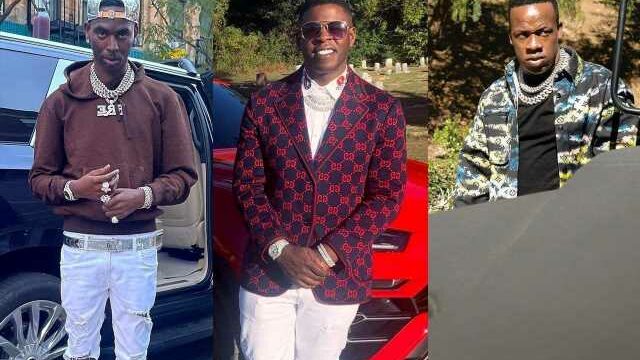 After pictures emerge of police standing guard outside the Collective Music Group founder’s restaurant, speculations run rampant that the eatery and Youngsta’s grandmother’s house were shot at.

AceShowbiz –Yo Gotti and Blac Youngsta are safe, despite reports of possible retaliation in the wake of Young Dolph‘s death. After the Chicago-born star was shot and killed on Wednesday, November 17, there have been speculations that the two Memphis natives were targeted.

While it was unclear if there was an actual threat made against the restaurant or if police are just being proactive in preventing any possible payback, there was also report that Youngsta’s grandmother’s home was shot at.

However, the reports have been debunked by reporters from local news station Action News 5. “Prive’s in Memphis has NOT been shot up per @MEM_PoliceDept,” Hannah Wallsmith tweeted. Her colleague Joyce Peterson added, “Granny is safe too, per Memphis Police.” Hannah then confirmed it as she posted, “Granny’s house not shot up either,” citing the same source.

Gotti and Dolph had a history of beefing online, with the latter tweeting in 2016, “Bra went from bein my #1 fan and wanting to sign me to bein my BIGGEST HATER.” He also referred to Gotti as “lame” multiple times during an interview with “The Breakfast Club”.

Dolph, whose real name was Adolph Robert Thornton, Jr., was gunned down in Memphis, Tennessee on Wednesday while he was shopping inside a cookie store which he frequented. He was reportedly purchasing items for his mother.

His attorney and friend Scott Hall told TMZ the “RNB” spitter was in town for his annual Thanksgiving giveaway, which was scheduled in his old neighborhood on Wednesday afternoon. He planned to head to the event right after visiting the cookie store.

Meanwhile, tributes have poured in from his friends and fellow R&B stars, including Megan Thee Stallion, Monica, Gucci Mane, Rick Ross, Quavo and many others.