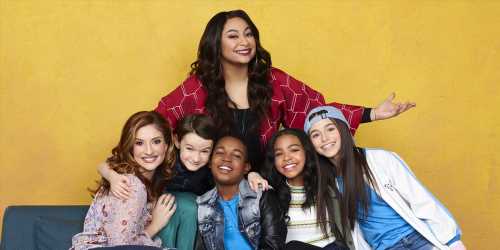 Raven’s Home is just a month away from debuting season three!

In the third season, the stories pick up with Raven Baxter, her family and friends pursuing their creative dreams.

Booker, Nia and Tess form a music group, The Chi-Lective, with Levi as their music video director, Raven is determined to launch her fashion line, while Chelsea has finally found her niche as a life coach.

Raven-Symone will also be making her television directing debut!