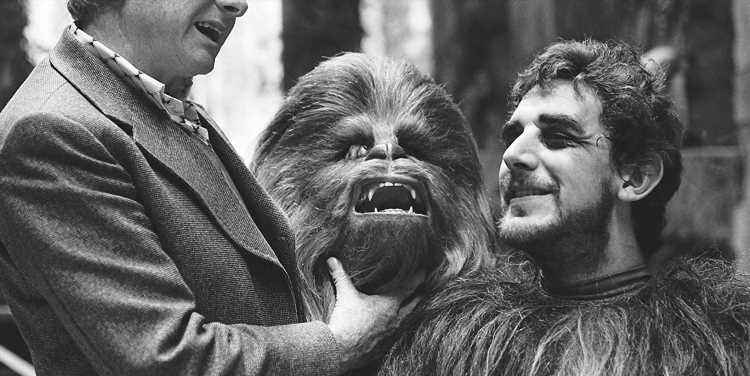 Harrison Ford’s statement on the death of Chewbacca actor Peter Mayhew was about as elegant and moving as a memorial tribute can be:

“Peter Mayhew was a kind and gentle man, possessed of great dignity and noble character, These aspects of his own personality, plus his wit and grace, he brought to Chewbacca,” the Hans Solo actor said.

His family’s own tribute possessed a similar sentiment.

The family of Peter Mayhew, with deep love and sadness, regrets to share the news that Peter has passed away. He left us the evening of April 30, 2019 with his family by his side in his North Texas home. pic.twitter.com/YZ5VLyuK0u

“He put his heart and soul into the role of Chewbacca, and it showed in every frame of the films: from his knock kneed running firing his bowcaster from the hip, his bright, blue eyes, down to each subtle movement of his head and mouth,” his family said.

For me, someone who was raised on the original Star Wars film trilogy, who considered Chewbacca a friend, hero, and killer 1980 Halloween costume, the lines that stand out from those memorials are about spirit and subtlety. At first, Chewbacca was merely a hybrid of classic film monster and comedy sidekick, but Mayhew made him complicated. In interviews about playing Chewbacca, Mayhew invariably talked about “character.” And he always cited The Empire Strikes Back as the movie where Chewbacca became more than a Friend of Solo and was transformed into not only a major character in the Star Wars story, but arguably the most human.

Hans and Luke and Leia and Vader were complex and fully realized characters, but Chewbacca was the man, possessed with the greatest virtues: kindness, loyalty, courage, modesty, pride, and personal style (Fibre paste? Brief blow-dry? You don’t just roll out of a Rwookworro treehouse looking like that.)

Chewbacca was a big, tall, imposing figure who was also subtle, gentle, and nuanced. Somehow behind that heavy mask, Mayhew gave Chewbacca countenance.

Hans, Luke, Leia, and Vader were complex and fully realized characters, but Chewbacca was the man.

On the June 3, 2013 episode of the Masters of None podcast (no relation to the Aziz Ansari show), Peter Mayhew was asked an impossibly broad softball of a question: “There’s a lot of memories, of course, but is there one thing that kind of stands out more than most?”

Mayhew response was immediate and specific: “I think it’s the expression when 3PO accuses me of cheating before R2, and 3PO comes and says, “Oh, we better let the Wookie win, and I give a little roar like [Mayhew does the Chewbacca roar]. That will live in my mind for a long time.”