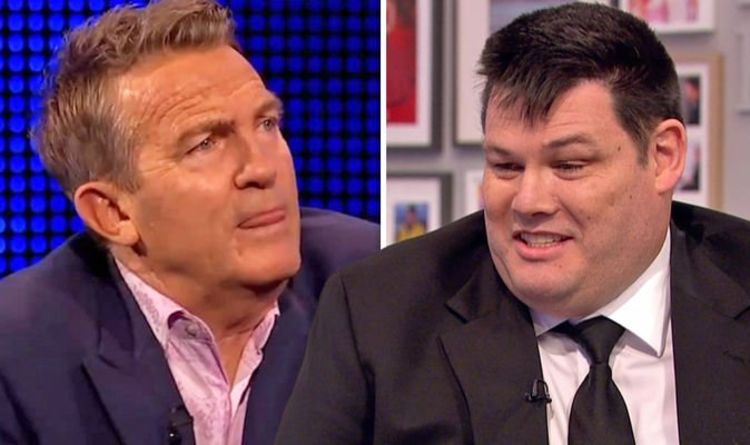 The Chaser, 53, previously took part in the BBC’s highbrow quiz competition Only Connect, winning the series with his team, the Rugby Boys, in 2009. Earlier this week, the grand final of the current series aired, with the Time Ladies going up against the Dicers. Noticing a potential first for quiz programmes, The Chase favourite Mark Labbett took to Twitter to share his discovery ahead of the episode. “If Time Ladies win according to my research this will be the first time on British TV that a majority female team wins a prestige quiz,” he told his 110,000 followers.

However, the all-female Time Ladies were not in luck for making British quiz show history that day.

Already trailing by seven points before the start of the final round, the missing vowels round, things stayed much the same, the Dicers emerging victorious on 20 points and the Time Ladies finishing on 13.

Elsewhere, Mark has appeared on several brain-testing programmes prior to landing his role on ITV’s The Chase.

In 1999, he appeared on Mastermind, with the Olympic Games as his specialist subject.

The following year, he joined the show again, this time specialising in The Simpsons. 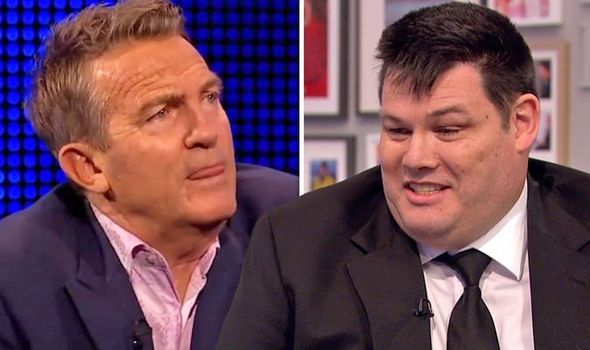 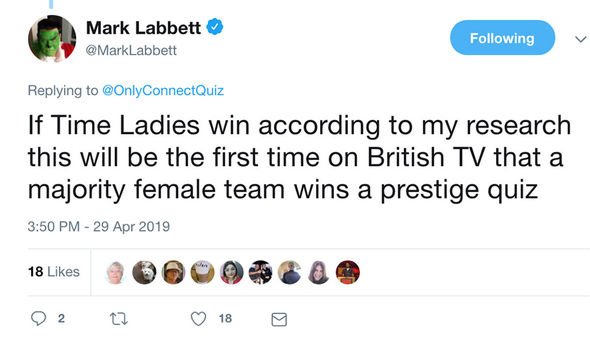 After Only Connect, he went on to challenge his general knowledge on Who Wants To Be A Millionaire.

An impressive run on the programme saw him walk away with £32,000.

Fans know Mark best as The Beast on The Chase, on which he has been one of the quiz brains for contestants to beat since it first aired in 2009.

They regularly interact with fans of The Chase on Twitter, and last month Mark used the social media site to speak out on which one of them has to face the toughest teams of contestants on the show. 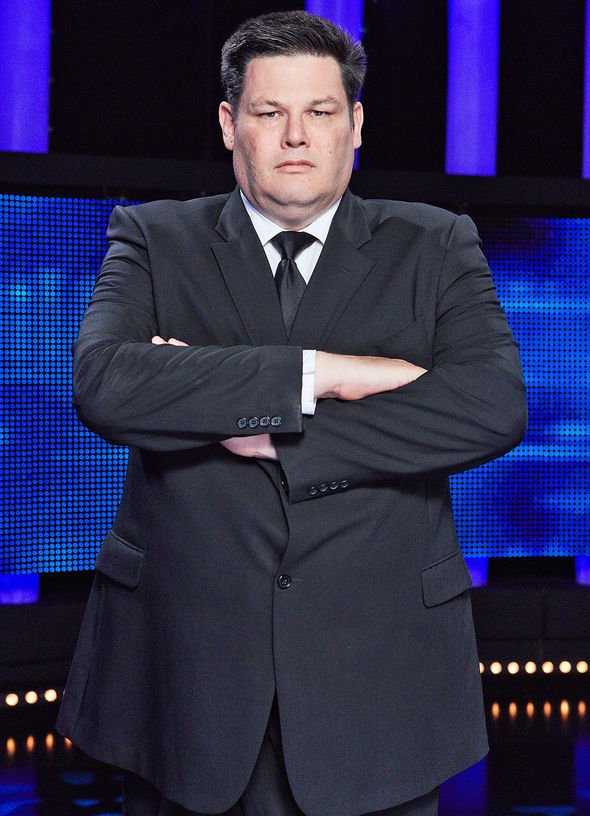 Responding to a fan who asked which Chaser the “strong teams” were given, Mark shared a tweet from his co-star, the Sinnerman.

Paul wrote in view of his 104,000 followers: “For those that think the Final Chase structure always favours the Chaser, I answered 20 questions yesterday to their 18, and got battered 22-12.”

One Twitter user proceeded to question whether the “stronger teams” were distributed fairly among the Chasers, saying: “Paul seems to get an inordinate number of strong teams.”

However, Mark didn’t appear to agree, responding: “The producers’ job is to make as many interesting matches as possible.

“In practice it translates as @paulsinha and myself receiving the teams averaging the best scored in cashbuilders and final chases most series. Though @jenlion faced monsters this series.”