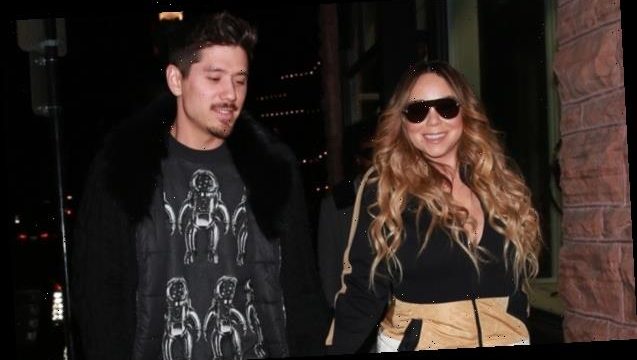 Mariah Carey got to spend a little quality time with her boyfriend Bryan Tanaka when the couple went out Christmas shopping in Aspen, Colorado on Dec. 21.

Mariah Carey, 49, was glowing while taking in the holiday spirit with her hunky boyfriend Bryan Tanaka, 36, on Dec. 21 and it was a romantic sight to see! The lovebirds were all smiles as they held hands while walking around during a Christmas shopping trip in Aspen, Colorado, where they decided to go for a fun getaway. The “All I Want For Christmas” crooner looked amazing in a black, white, and tan ski jacket and black tights during the outing while her beau looked warm and stylish in a black and white graphic shirt under a black coat and black pants. Mariah also rocked sunglasses and black stiletto boots as Bryan wore his own black boots with black and white shoelaces.

Mariah and Bryan, who have been dating on and off since early 2017, have been working professionally together since 2006, when Bryan worked as a backup dancer on Mariah’s 2006 Adventures of Mimi tour, so they are definitely comfortable together. In addition to enjoying their stroll on their trip, they were spotted checking out a Gucci store for impressive gifts.

Mariah’s vacation with Bryan comes three months after her ex-husband Nick Cannon, 39, who is also the father of her eight-year-old twins Moroccoan and Monroe, admitted he would marry her again on the Sept. 23 episode of T.I.‘s podcast, ExpediTIously with Tip T.I. Harris! After calling her his “dream girl” Nick, who was married to the singer from 2008 until 2016, said he wasn’t interested in marriage again, but if he was, he would marry her for a second time. “If I’mma marry somebody, I’mma marry her,” he proudly said in the episode.

It’s great to see Mariah looking festive and happy with Bryan during the holiday season! As the “queen of Christmas” she sure knows how to have fun!