Iggy Azalea shared the cutest photos of her son, Onyx, whom she shares with Playboi Carti in honor of the baby’s first ever birthday!

Iggy Azalea is celebrating one year with her “favorite person” — her son Onyx! To celebrate her child’s first birthday, the 30-year-old rapper shared an adorable carousel of photos starring the birthday boy on April 27. “Happy 1st Birthday to my favorite person in the entire universe!,” Iggy gushed in the caption, adding, “I never thought I could love anything or anyone this much, Onyx you’re a joy. Your happiness is my happiness.”

Iggy can’t believe how fast Onyx is growing up. Before his first birthday arrived, Iggy posted another photo of her adorable infant as he tuned into his iPad. “My son was crouching down watching his iPad today and I took this picture because he looks like such a big kid to me now! Not long until my baby turns 1!,” Iggy wrote in a sweet Instagram post shared on April 16.

Iggy shares her son with Playboi Carti, whom the “Sip It” rapper announced she broke up with in Oct. 2020. While Iggy had some drama with the “Poke It Out” rapper over Christmas time, they worked through it and Carti spent the holiday with their son. Months after their breakup and Christmas, Iggy still “does her best to keep things cordial with Carti because it’s about Onyx and not her,” a source EXCLUSIVELY told HollywoodLife in April of 2021. The insider added, “But she really doesn’t talk about that situation at all. She’s very guarded when it comes to that. Ever since she went off on social media about him last Christmas she’s made every effort to stay very private about it all.” 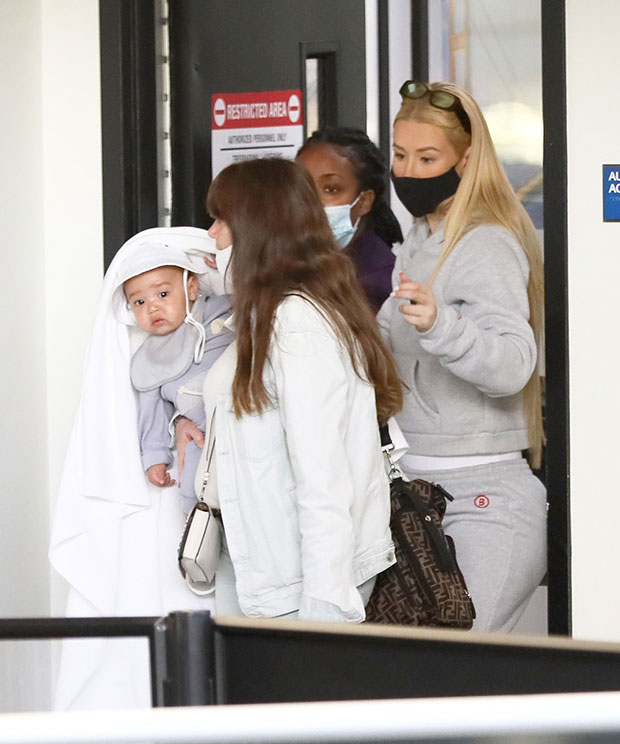 Iggy is also feeling content as a single mom, we’re hearing. “Iggy has never been happier, becoming a mom has brought this deep sense of satisfaction,” the source also told HollywoodLife. And when it comes to going back into the dating market, our insider added, “Iggy is open to meeting someone, but only the right someone. She has no time for BS. She has men throwing themselves at her but it’s a matter of meeting the right one. She doesn’t feel any sort of need to have a man. Her life is very full and happy. But if the right guy comes along, she would be open to it.”