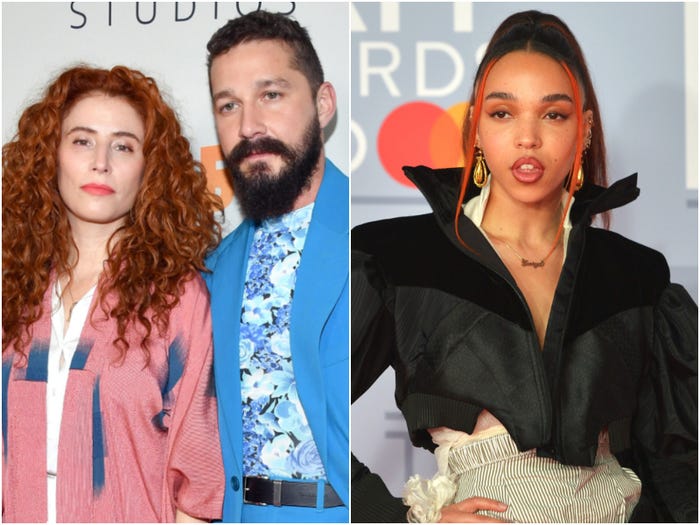 LaBeouf wrote and starred in the autobiographical "Honey Boy," which is where he met FKA Twigs, who had a small role in the movie. Now, the director of the critically-acclaimed movie has said she stands in solidarity with Twigs and Karolyn Pho, another ex-girlfriend of LaBeouf's who also claims the actor was abusive.

In the statement shared with Variety, Har'el said: "I have a deep respect for FKA Twigs' courage and resilience. Reading what she endured left me heartbroken and I stand with her in solidarity. I'm sending my love to her, Karolyn Pho, all victims of domestic violence, and everyone who is trying to stop cycles of abuse."

Har'el said that she is aware of her own "investment in [LaBeouf's] recovery," as she stood by him when large parts of the industry shunned him following years of controversial incidents from the former "Transformers" star. The director developed a close relationship with LaBeouf during filming of the movie, which served as a sort of therapy to LaBeou after he wrote it in court-ordered rehab.

She said, however, that LaBeouf's road to recovery from his personal issues and trauma to not excuse his behaviour toward Twigs and Pho.

"I want to send a clear message today that none of the above should excuse, minimize, or rationalize domestic violence," Har'el said.

The director also said that she hopes "Honey Boy" continues to help people "feel less alone in their pain," and that these allegations around the movie's writer and star do not serve as a "discouraging moment in their own recovery."

Har'el finished the statement by announcing she is donating in Twigs' and Pho's names to several charities, including the National Domestic Violence hotline.

On 11 December, it was reported by the New York Times that FKA Twigs had filed a lawsuit against LaBeouf, claiming that the actor physically and emotionally abused her while they were dating from 2018 to 2019 after starring in "Honey Boy" together.

In the lawsuit, Twigs claims that LaBeouf threw her against a car, choked her, gave her bruises, and would not let her wear clothes to bed. Pho also claimed that LaBeouf head-butted her, causing her to bleed. Twigs told the New York Times: "What I went through with Shia was the worst thing I've ever been through in the whole of my life."

LaBeouf later told the Times that "many of these allegations are not true," although he did also say that his ex-girlfriends deserved "the opportunity to air their statements publicly and accept accountability for those things [he has] done."

"I am not cured of my PTSD and alcoholism," he wrote, "but I am committed to doing what I need to do to recover, and I will forever be sorry to the people that I may have harmed along the way."