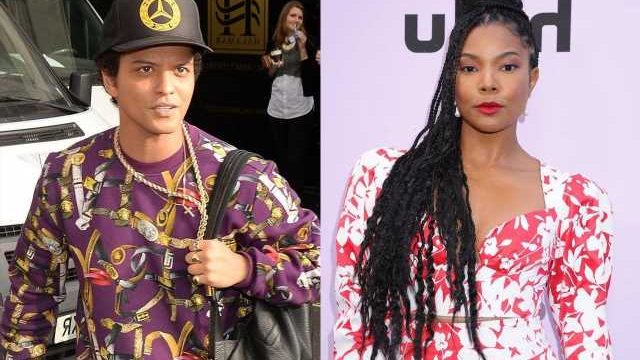 When promoting her upcoming book ‘You Got Anything Stronger’, the ‘L.A.’s Finest’ actress reveals that the showdown took place at an Atlantic Records label party.

AceShowbiz –Gabrielle Union will never forget the night she and Serena Williams had a dance-off with Bruno Mars before he was a huge star.

The two pals were at an Atlantic Records label party when “whirling dervish” Bruno met them on the dance floor and challenged them to a showdown.

“Bruno had just had a hit and people knew him…, but he wasn’t, like, the Bruno Mars we see today,” the actress tells “Good Morning America“. “I had all my girls assembled, including Serena Williams, who is… exactly who you want to tag in a dance battle, and we’re on the dance floor and kinda vibing and through the crowd comes this little whirling dervish of a person and there’s Bruno Mars with his full band and they were like, ‘Are you ready?’ “

“I’m stretching out, like, ‘I live for these moments!’ And then we had this epic dance battle with Bruno and his team and it was amazing.”

Union recounts the tale in her new book, “You Got Anything Stronger”, which is released on Tuesday, September 14.

Elsewhere in the interview, Union, who played Isis in “Bring It On“, opened up about a letter she wrote in her book to apologize for not portraying the character the way Isis deserved. “I do think it was a mistake,” she said. “I was given full range to do whatever I wanted with Isis in ‘Bring It On’, and I chose respectability, and to be classy and take the high road.”

Union went on to explain that she did that because she thought it would make Isis “the appropriate” and “right kind of Black girl.” She added, “Black girls aren’t allowed to be angry, certainly not demonstratively angry, and I muzzled her.”