Carol Kirkwood, 56, had a little mishap on BBC Breakfast this morning as she hurt herself in the middle of talking.

During the seven o’clock weather headlines, Carol bit her tongue as she updated viewers on today’s conditions.

Ever the professional, Carol didn’t flinch during the accident and carried on smiling.

But following the update, Carol took to Twitter to reveal her injury.

Just bit my tongue during that live headline!

She wrote to her 155,000 followers: “Ouch! Just bit my tongue during that live headline!!”

Another commented: “Ouch! Felt that myself Carol xx.”

Also on her Twitter account, Carol spoke about today’s weather where she revealed there will be some rain in Northern Scotland and a “few showers extending across from North Wales to Lincolnshire”. 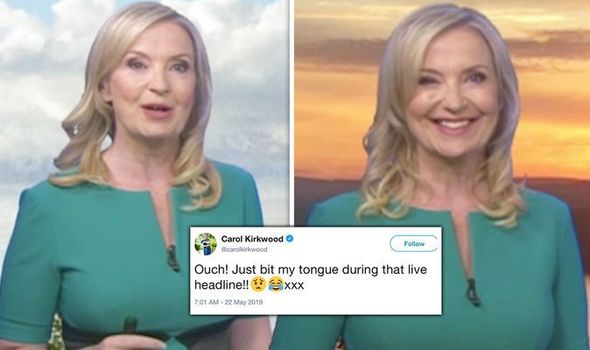 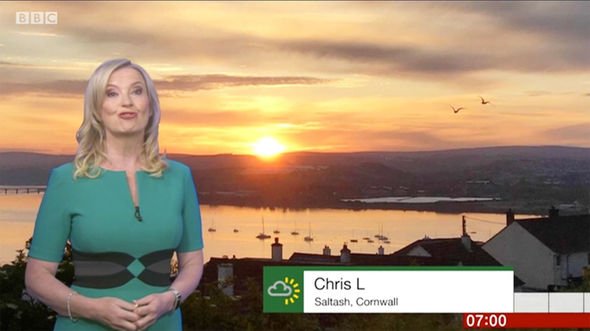 Yesterday, the forecaster made a cheeky joke about her age which went completely unnoticed by presenters Dan Walker and Louise Minchin.

Carol presented the weather from Richmond Park where she shared some facts about the incredible location in London.

Throwing in a little joke about her age, she said with a dead-pan expression: “It’s been in place since 1992, the year of my birth.”

After BBC Breakfast hosts Dan, 42, and Louise, 50, failed to notice her quip, Carol took to Twitter to admit she wasn’t actually born in 1992. 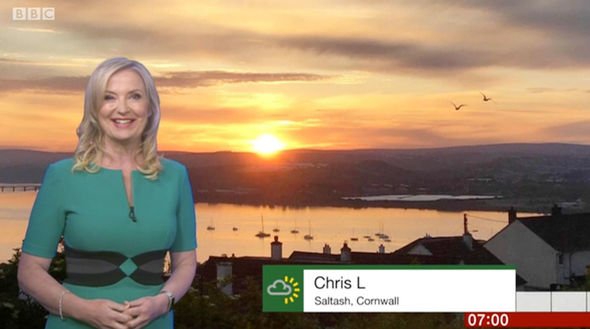 Carol addressed her apparent year of birth and said: “Ok…. so I wasn’t born in 1992…xxxx,” alongside laughing emojis.

After fans got in contact online about Carol’s joke, Dan spoke to the weather star on air.

He said: “Carol, right, we had somebody contact us to say in your last weather you said something about 1992, the year you were born and they said why didn’t we correct you.”

Carol laughing as she replied: “Bless you Dan, I’ll never hear a bad word said about you ever again. Not that I have to date.”

BBC Breakfast continues tomorrow on BBC One at 6.00am.