Ben Stiller has met President Volodymyr Zelensky during his visit to Ukraine, calling him a ‘hero’ amid the Russian war.

The Zoolander actor has been meeting with refugees in Poland and Ukraine as part of his role as an ambassador for the United Nations refugee agency (UNHCR).

Upon meeting the president, Stiller, 56, shook hands with him and told him: ‘It’s a great honour for me. You are my hero. You quit a great acting career for this.’

‘Not so great as you,’ Zelensky replied.

Before running for president, Zelensky was a comedic actor and the voice of Paddington in Ukraine.

Stiller went on: ‘What you have done, the way you rallied the country and for the world, it’s really inspiring.

‘I feel that it’s hard to understand what’s going on here if you haven’t been here. 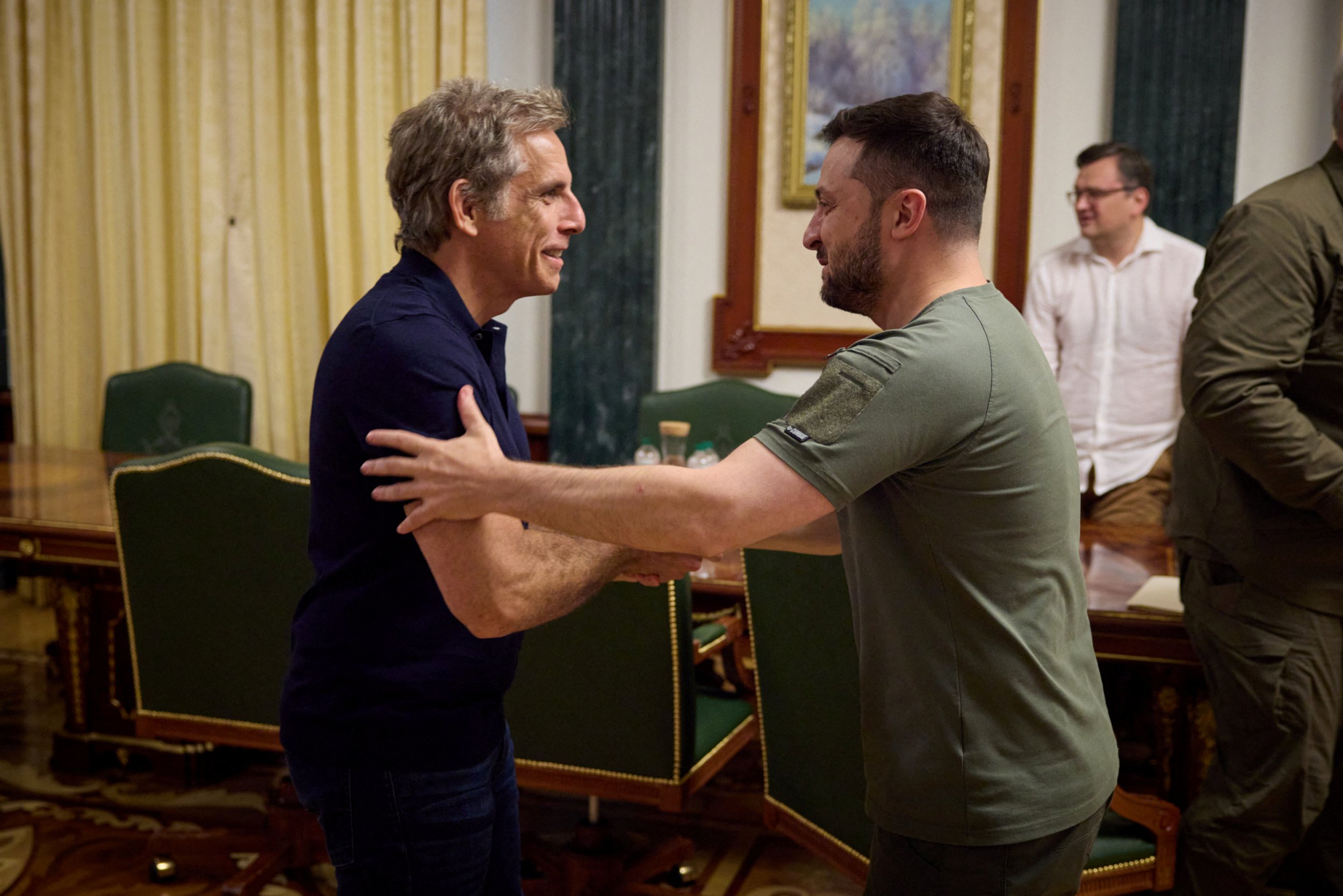 ‘We were talking about the actual impact of coming here. I just was in Irpin this morning, saw the level of destruction.

‘You see it on TV, you see it on social media, it’s something else to actually see it and feel it and then to talk to people. We have talked to a bunch of people.’

Stiller, 56, arrived in Poland on Saturday and was pictured in the large south-eastern city of Rzeszow, close to the border, speaking to aid workers in a storage facility.

The same day, Stiller met with Ukrainian refugee Marina, who fled the city of Kharkiv with her three children two months ago.

He started working with the UNHCR in 2016 and has travelled with the body to meet refugees in Germany, Jordan, Guatemala and Lebanon.

During his visit, he shared a video message saying: ‘I’m here meeting people forced to flee their homes due to the war in Ukraine.

‘People have shared stories about how the war has changed their lives – how they’ve lost everything and are deeply worried about their future.’

He continued: ‘Over the years I’ve had the chance to meet refugees and asylum seekers from around the world-from Syria, Central America, Afghanistan, Iraq, and now Ukraine.

‘In so many parts of the world, war and violence devastate people and leave lasting traumatic effects. Wherever and whenever it happens, nobody chooses to flee their home.’

Stiller added that it is a ‘collective global responsibility’ to protect those forced to flee their homes, saying that we all have to remember ‘this could happen to anyone, anywhere.’

He isn’t the only celebrity showing their support for refugees and all affected by conflict in recent months, with the likes of Mila Kunis and Aston Kutcher raising $35,000,00 (£27m) for Ukraine.

They also pledged $3m (£2.2m) of their own money, with Kunis having been born in Ukraine before moving to the US as a child.