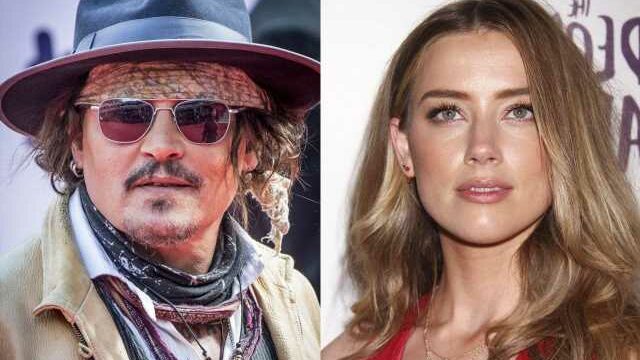 The ‘Aquaman’ actress’ legal team asks the judge to either set aside the verdict, dismiss the complaint or order a new trial because of lack of evidence and alleged fake juror.

AceShowbiz –Amber Heard‘s legal team is campaigning to have the verdict of her defamation trial against Johnny Depp thrown out. On Friday, July 1, lawyers for the the “Aquaman” actress filed a motion on the grounds the verdict that she had defamed the “Pirates of the Caribbean” actor was unsupported by evidence.

The 36-year-old’s team additionally alleged a juror had not been properly vetted and questioned whether they were supposed to have been allowed on the jury. Their 43-page memorandum also argued the $10 million in damages she owes her ex should also be overturned.

It said the trial “proceeded solely on a defamation by implication theory, abandoning any claims that Ms. Heard’s statements were actually false.” Depp’s lead attorney Benjamin Chew responded to the motion by telling Courthouse News, “What we expected, just longer, no more substantive.”

The motion said about the jury member in question, who was identified as Juror 15, was “clearly born later” than the 1945 birth year listed on court records. It added, “This discrepancy raises the question whether Juror 15 actually received a summons for jury duty and was properly vetted by the court to serve on the jury. It appears his identity could not have been verified.”

Judge Penney Azcarate has said she does not want the Depp v Heard case to go on as it stands and has dismissed requests from the actress’ team for more hearings.