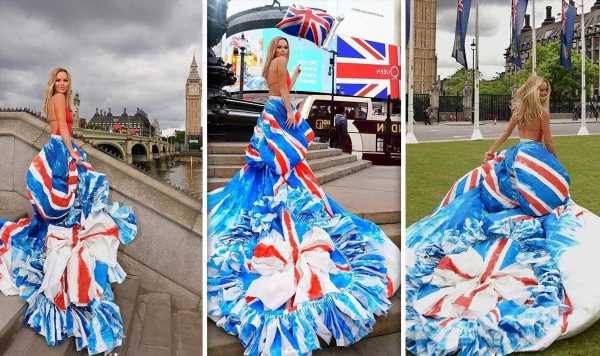 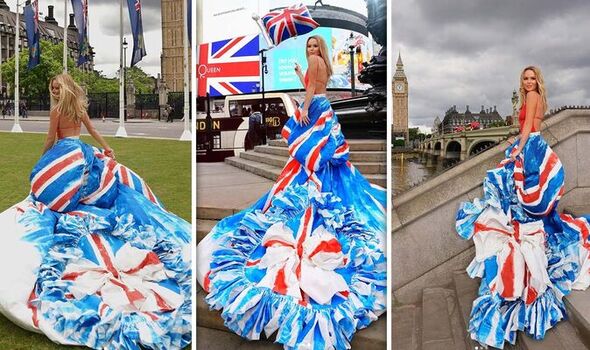 The Britain’s Got Talent star took to Instagram today to share the patriotic look with her 1.8 million followers.

In a series of pictures, Amanda can be seen posing next to some of London’s most famous landmarks while putting the jaw-dropping floor-length gown on display.

The dress, which featured ruffled acid-wash prints of the UK’s flag, included a red bodice that put the TV star’s toned back on display.

Amanda, who opted to leave her straight hair down, flaunted the dress’ impressive length by posing with part of her back facing the camera in all three pictures.

The pictures saw her glamorously posing at Westminster Bridge, Trafalgar Square and by the Houses of Parliament.

She captioned the post: “@bgt Happy Platinum Jubilee,” along with the UK flag emoji.

She marked the Queen’s Platinum Jubilee

She wore a Union Jack gown

Amanda Holden has shared a new series of pictures

Amanda Holden is a judge on Britain’s Got Talent