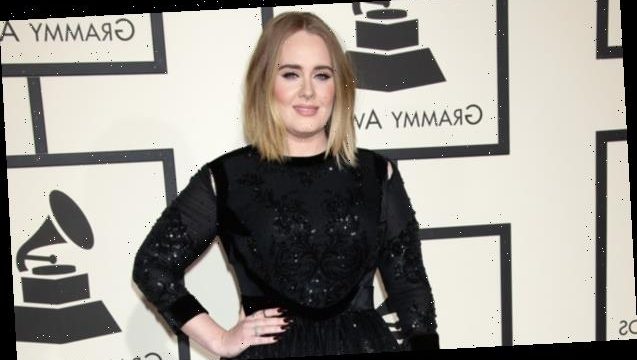 Hello… it’s me! Adele was beaming from ear to ear during her time in Anguilla where her slimmer frame was clearly on display.

New year, new me. Adele, 31, began 2020 off on the right foot by vacationing in the beautiful Caribbean island of Anguilla. The “Rolling In The Deep” songstress was all smiles while showing off her incredible weight loss in a variety of snaps seen throughout social media. She looked absolutely incredible in a black dress that had a bunch of designs splashed across it as she frolicked on the beach and in the water. Adele wasn’t the only celebrity there that day as others spotted included artist & musician Harry Styles, 25, and late night talk show host James Corden, 41. Pandemonium struck some Twitter users who thought that there could be a potential musical partnership between her and the “Sign of the Times” singer due to their close proximity to one another. “Do you realize that Harry & Adele collabing could literally break records & make the whole world freak?” one hypothesized after seeing the pics.

Adele’s new figure has been slowly but surely seen in recent months as the England native continues to make fans go crazy over if she is releasing a new album this year or not (Rihanna, 31, is doing the same thing). She looked skinner than ever at pal Drake‘s Halloween party in a sleek black gown in Los Angeles on Oct. 23 and was spotted looking similarly breathtaking days later while out to dinner in Malibu.

Her slimmed down appearance looked spot on at a Christmas party in December 2019 where she sported a plunging silk dress while posing back to back with classic literary character The Grinch.

The Grammy winning artist, “has learned a lot about herself this year and losing weight actually has come easy,” a source shared EXCLUSIVELY with HollywoodLife about her incredible transformation over the last year on January 1. “Adele feels sexier than ever and she’s so happy to be going into the new year looking and feeling great.” The insider added that she is  “very proud of herself and is going into the next decade feeling like a million bucks.”