THE world's oldest person, Kane Tanaka, has passed away, aged 119. 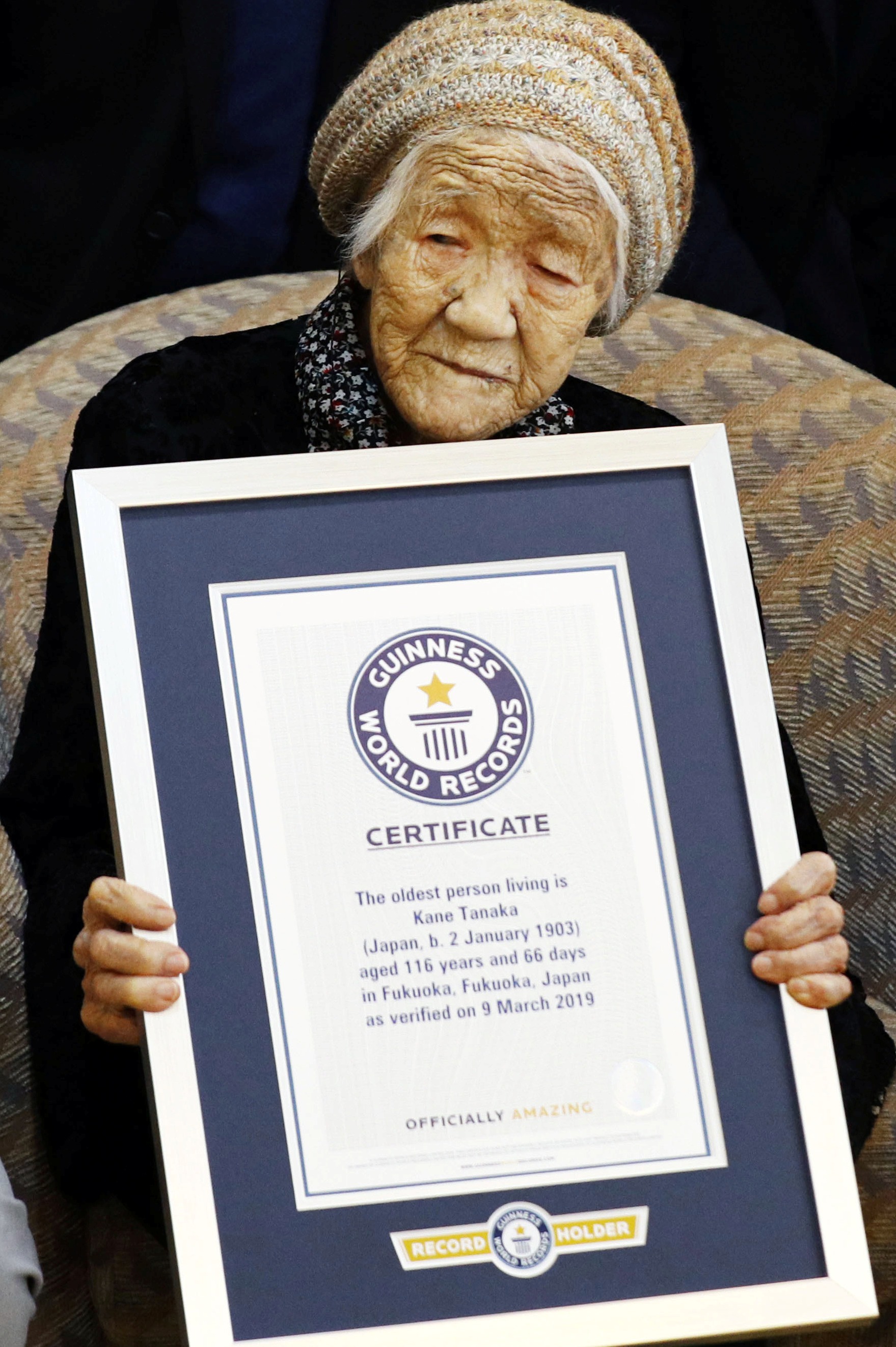 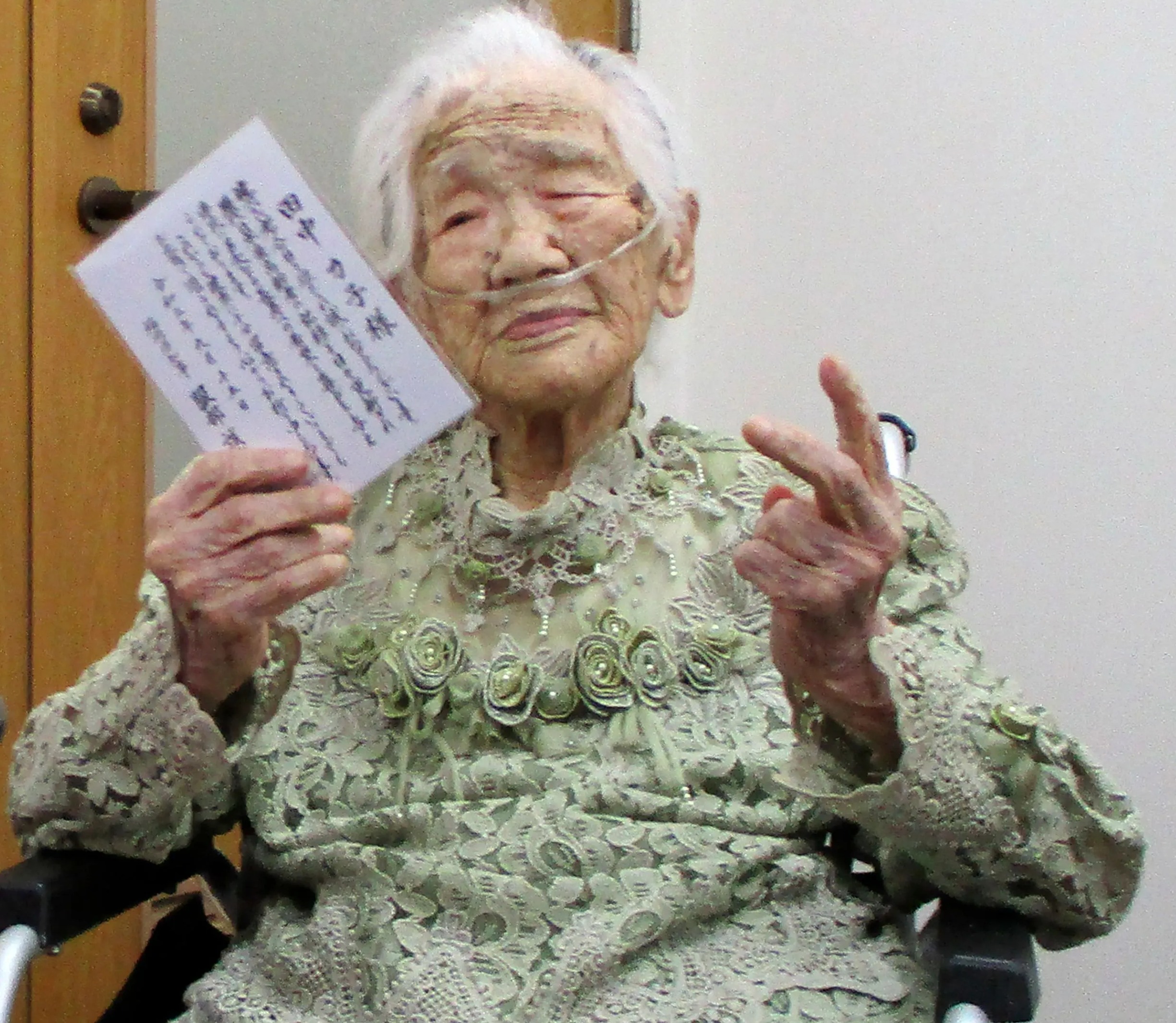 According to a tweet posted by Tanaka's family on April 13, the centenarian had been "hospitalized and discharged repeatedly".

But that didn't stop the candy-loving gran from hitting the remarkable age of 119 years.

Before her death, Tanaka said in a tweet posted by her family: "I was able to come this far with the support of many people. I hope you will continue to have fun, [and be] cheerful and energetic."

Tanaka was born on January 2, 1903 and was the seventh child of Kumakichi and Kuma Ota.

She had been living in a rest home in Fukuoka and was known as a keen board games player and maths fanatic.

She was even selected as one of the torchbearers for the Tokyo 2020 Olympic games but had to pull out due to Covid-19.

Tanaka was known to have quite the sweet tooth.

On the day she received her Guinness World Records certificate, she was presented with a box of chocolates, which she immediately opened and started eating.

Even in her final days, the fun-loving gran kept up her routine of enjoying chocolate and cola.

Tanaka took over the title of the world’s oldest person in July 2018.

Kane was born prematurely and raised on breast milk from women other than her mother.

During World War II, she worked in a store selling rice cakes with her husband Hideo.

After both Hideo and her son died during the war, she continued to work at the same store until her retirement at the age of 63.

In the 1970s, she visited the United States, where she has several nieces and nephews.

At age 103, Tanaka was diagnosed with colon cancer but survived.

When she was 107, her son wrote a book about her, which discusses her life and longevity and is titled In Good and Bad Times, 107 Years Old.

She also claims to be very fond of sweets and drinks three canned coffee tins a day, and also consumes a lot of carbonated drinks and nutritional drinks.

In 2017, the number of residents aged 90 years old and above in Japan hit the 2 million mark – 88 percent of which are said to be women. 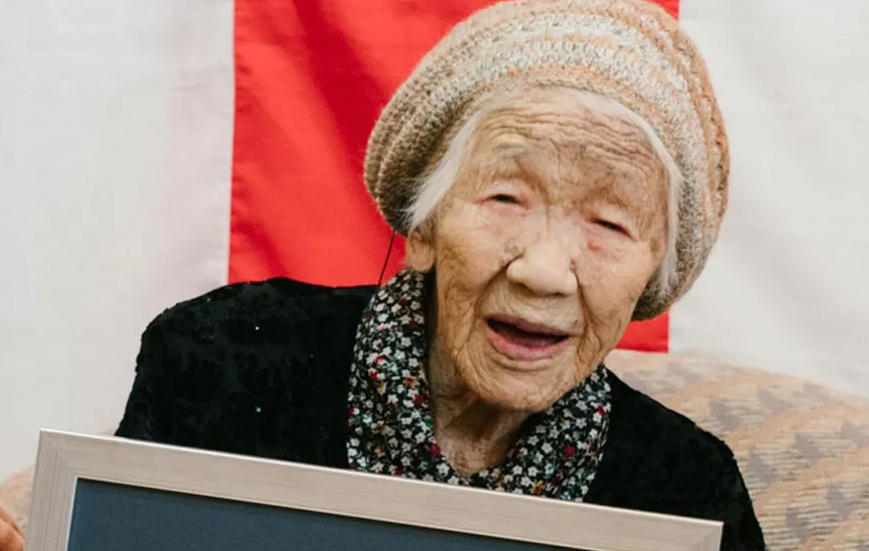