The attacks on September 11, 2001 galvanised the global community into action in a way few events have. There was widespread support for international military intervention in Afghanistan to destroy al-Qaeda’s leadership and training bases and to prevent Afghanistan from being a safe haven for terrorists. Both al-Qaeda and the Taliban that supported them fell away quickly in the face of coalition and local anti-Taliban forces. By early 2002, Osama bin Laden was on the run, the Taliban had been removed from power and Afghanistan was no longer a safe haven for terrorists. But then what?

The one clear idea that underpinned a successful counterterrorism campaign became hazy and the strategy started to unravel. The situation in Afghanistan today is the result: it is the inevitable destination of a journey without a strategy.

A nation building and development agenda began to be pursued. Provinces were parcelled out to different NATO countries to manage. Each country had its own national views and priorities that determined military and development priorities. What the Germans did was different to what the Americans did, which was different again to what the Australians did. There was no big idea and no unifying objective, just a politico-military Tower of Babel built with the bricks of good intentions and the mortar of ignorance.

Meanwhile, many ordinary Afghans were wondering what we were still doing there. More than once in my interactions with local leaders I was met with the view that they understood the revenge we took on al-Qaeda and the Taliban but didn’t understand why we were still in their country, imposing foreign values. They wanted to be left alone, they wanted foreign influences to go away. What they wanted was offered by the Taliban. The Taliban had a big idea, they had one clear unifying objective and their influence started to rise again.

The allied response was once again fractured and inconsistent. We built infrastructure whether Afghans wanted it or not, we trained local security forces to varying degrees of competency and we went out to kill or capture the enemy with varying levels of success and collateral damage. We were good at killing them but every suspected militant we killed bred new fighters from their families’ clans and tribes. We were fighting a hydra, winning every battle and, bullet by bullet, losing the war.

For much of this journey Australia was a strategic passenger. We were quick to invoke the ANZUS Treaty and show our support for the United States. We provided special forces, tanker aircraft and other valued assets to the initial successful campaign to overthrow al-Qaeda and the Taliban. But our voice was largely absent in the development of strategy. As the mission transferred to NATO command we were the largest non-NATO contributor but we were excluded from strategic planning. The Rudd government sought to correct this in 2008 but it too was guilty of assuming that aid and development would mean our liberal democratic values would be embraced by the Afghan people. We thought roads, schools and bridges would be sufficient to endear us to the local population and we were deaf to their desire to be left alone. 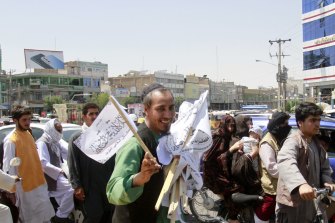 As a nation we took insufficient care of the overall strategy and our part in it. Despite misgivings with the strategy, our forces continued to rotate in and out. We continued to have little effect on the design or direction of the campaign. We continued to value the “alliance goals” of the mission more than our national interest.

We continued to take casualties.

Many of those that served in Afghanistan and their families will be reflecting on current events with a sense of sadness, futility and loss. Our political and military leaders need to ponder the 41 lives lost, the many that were physically and mentally injured and the billions spent pursuing an unclear and unachievable objective.

In Parliament House the doors along the central axis of the building can all be opened to allow the War Memorial to be seen from the Cabinet Room. With these doors open, debates about clarity of strategy and acceptable cost may have been more focussed. Perhaps these doors need to be opened more in the future as we make decisions about the lives of our service men and women so that we can look their loved ones in the eye and say it was worth it.

Tyson Sara is the CEO of CMAX Advisory. He is a former senior Defence official and ministerial adviser, and served two tours in Afghanistan as an adviser to Australian and US forces.

Get a note direct from our foreign correspondents on what’s making headlines around the world. Sign up for the weekly What in the World newsletter here.