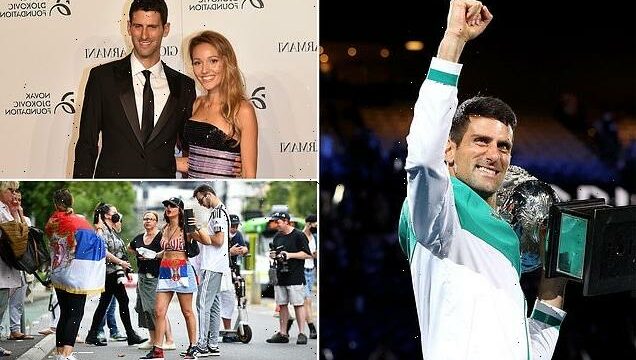 There’s a ‘good chance’ Novak Djokovic will be allowed to play at the Australian Open – but not necessarily because he’ll win his appeal to have his visa cancellation overturned.

Top media and litigation lawyer Justin Quill suggested there is a ‘pretty good chance he will be playing at the Australian Open’ due to the lengthy appeal process.

‘I suspect not so much because he is going to win his case, but that there needs more time, and he will be allowed to stay in the country, compete in the Australian Open, then the lawyers will argue about this in the weeks and months to follow,’ he told Herald Sun.

On Thursday, Prime Minister Scott Morrison revealed Djokovic’s visa had been cancelled because he ‘didn’t meet the requirements of entry’.

He’s currently being housed in a Melbourne immigration detention hotel alongside refugees, but Home Affairs Minister Karen Andrews insists he is ‘free to leave’ if he so chooses.

‘Mr Djokovic is not being held captive in Australia, he is free to leave at any time that he chooses to do so and Border Force will actually facilitate that,’ she said. 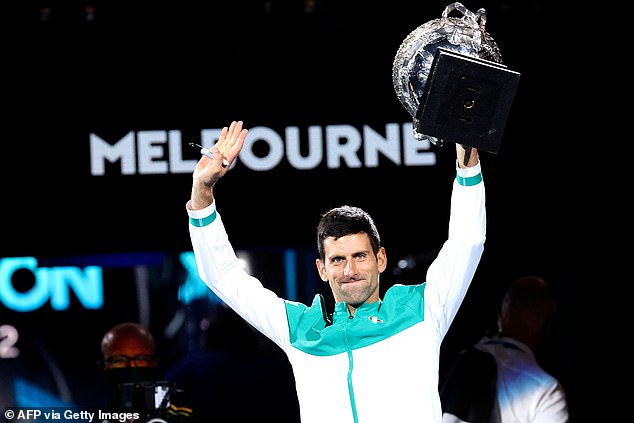 There’s a ‘good chance’ Novak Djokovic will be allowed to play at the Australian Open, a top lawyer suggests 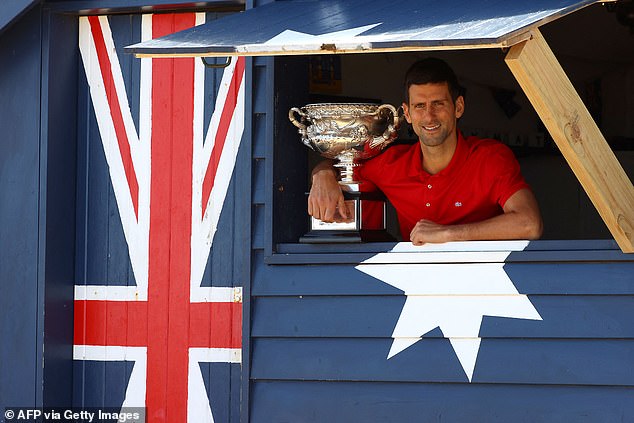 Pictured: Djokovic with the trophy after winning the 2021 Australian Open

Djokovic’s own father insists he’s being ‘kept in captivity… to stomp all over Serbia and Serbian people’.

He had reportedly received a medical exemption from Tennis Australia and the Victorian Government to enter Australia, but upon further questioning from border force it was determined he did not satisfy the conditions.

Djokovic’s legal team took the matter to the Federal Court of Australia in an attempt to have the decision swiftly overturned.

On Thursday, the court ordered Djokovic could remain in the country until at least Monday 4pm. It’s hoped the matter will be settled in court that day. 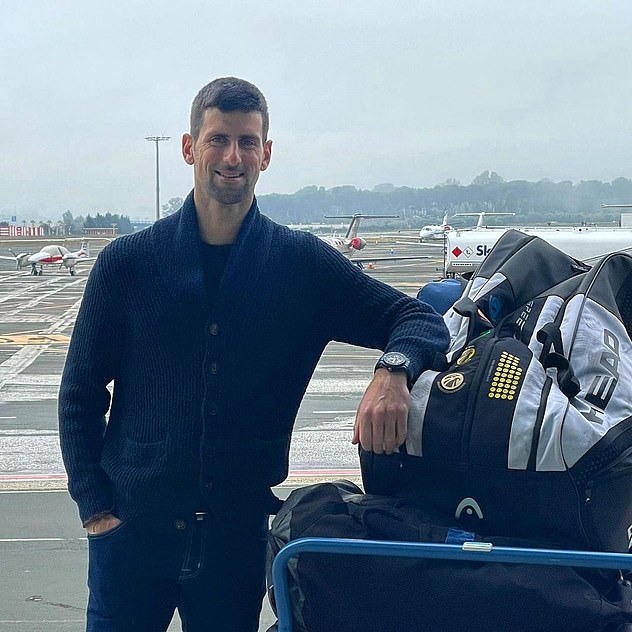 A day before he arrived, Novak Djokovic announced to the world he was on his way to Australia after being granted an exemption (pictured, the photo he used to accompany his social media announcement) 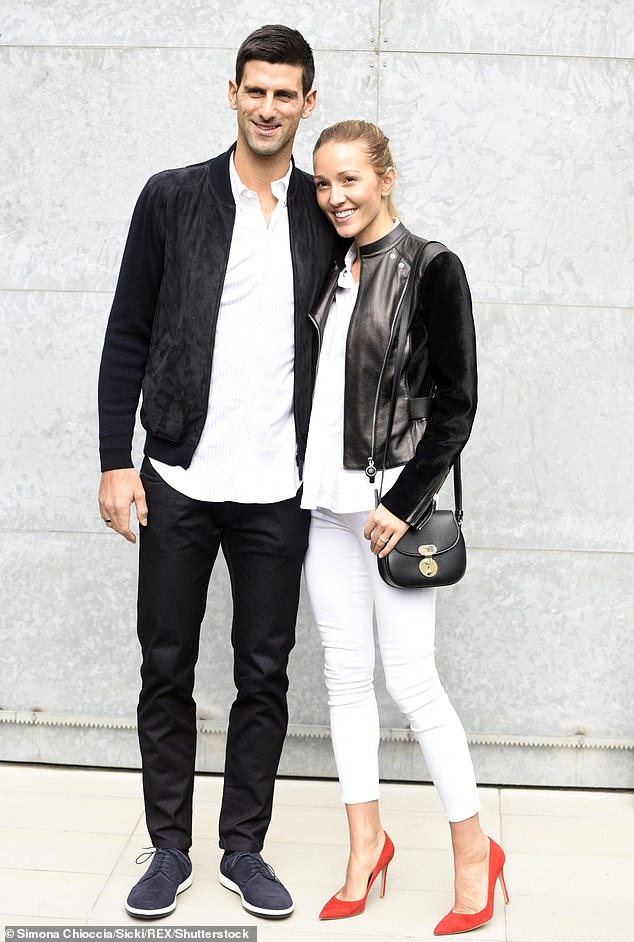 Tennis Australia have indicated they want a decision as to whether Djokovic can play in the Grand Slam no later than Tuesday ‘for scheduling purposes’.

But there are some suggestions the matter could blow out for weeks or even months.

Mr Quill theorised the court will take some time to come to a decision given the unique nature of the situation.

Never before have we seen an athlete of Djokovic’s calibre and status left in limbo following a bureaucratic bungle. 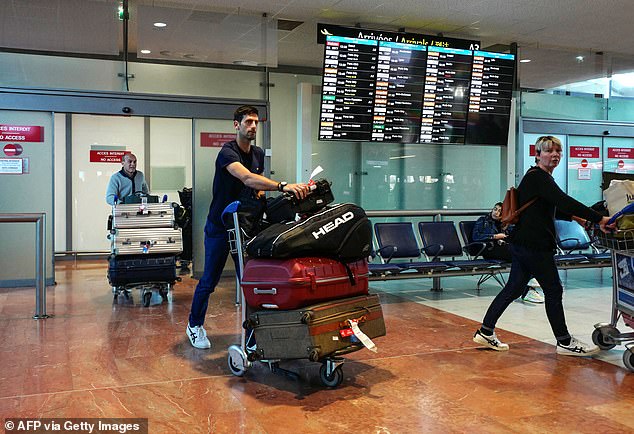 Upon touching down in Melbourne about 11.30pm on Wednesday, the outspoken vaccine critic was whisked away and interrogated by immigration officials. By Thursday morning, Australian border force officials confirmed his visa had been cancelled

‘The imposition on Djokovic not being allowed to compete is arguably greater than the imposition on the Minister for Home Affairs. So, I suspect the court is going to land there and say, ”I’m going to allow you to stay in the country while we sort this out over the following weeks and months”,’ Mr Quill explained.

Djokovic’s lawyers will ultimately have to prove the decision taken by Border Force was legally incorrect.

The onus is on them to have the decision reversed and prove the legitimacy of Djokovic’s exemption.

However, if the matter does extend beyond the games, it mightn’t matter so much.

The court could rule that Djokovic is free to play while it’s all being hashed out, Mr Quill suggested.

‘We don’t know exactly what they are going to be arguing, but we do know they will be saying the decision to deport him was wrong at law,’ he said. 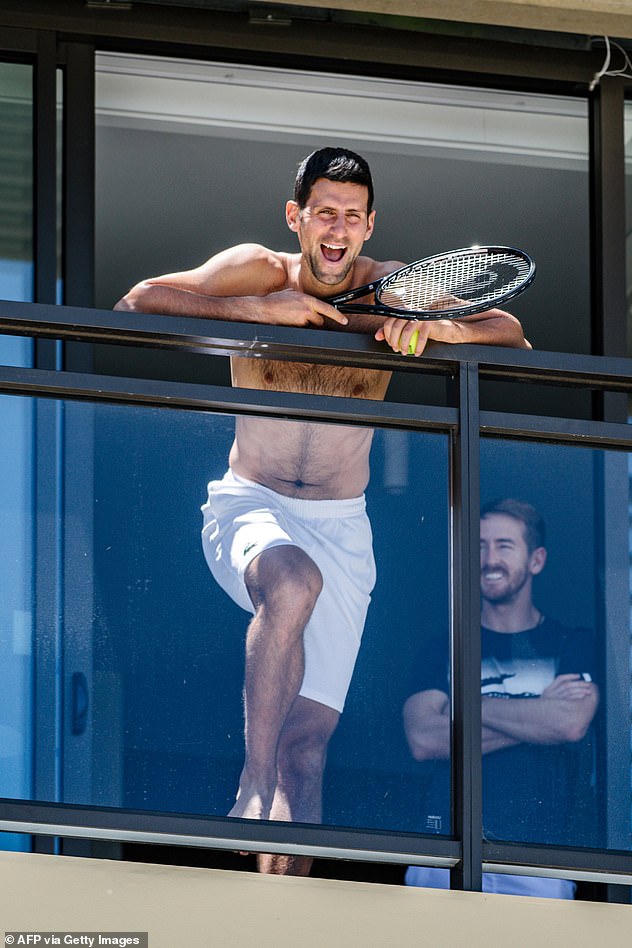 The court could rule that Djokovic is free to play while it’s all being hashed out, Mr Quill suggested