JULIUS Jones has drawn the attention of celebrities like Kim Kardashian who are fighting for him to be released from death row.

The 40-year-old prisoner, who was sentenced to death in 2002, had his death sentence commuted by Oklahoma Governor Kevin Stitt on Thursday, November 18. 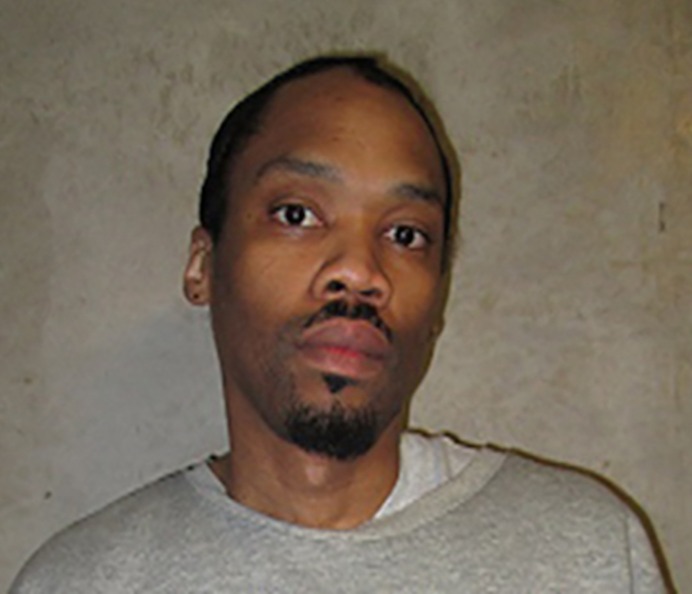 Who is Julius Jones?

Julius Jones was a 19-year-old student at the University of Oklahoma when he was considered as the prime suspect in the killing of 45-year-old businessman Paul Howell.

He was on the verge of gaining a basketball scholarship when he was arrested and charged with Howell's murder in August 1999, according to OU Daily.

In 2002, he was convicted of first-degree murder and sentenced to death at just 22 years old.

The black inmate has spent more than 20 years proclaiming his innocence, and a Change.org petition, which has garnered over six million signatures, claims he spends 23 hours a day in solitary confinement as he awaits his fate.

The petition, titled "Julius Jones is innocent. Don't let him be executed by the state of Oklahoma", details his living conditions on death row, and hopes to help stay the execution of Jones.

The petition fighting for his release from prison insists he is innocent despite his sentencing.

It states: "Every minute we wait to take action, Julius is suffering.

"Every second that goes by brings Julius closer to being executed for a crime he didn’t commit."

However, the state attorney general’s office released a statement saying that it plans to appeal the decision to the US Supreme Court.

The statement read: "We are hopeful that the Supreme Court will vacate the stay so that justice can finally be served for the people of Oklahoma, including the families of the victims of these horrific crimes."

Yet, on October 28, after Supreme Court review, it was announced that a request to vacate the stays of execution for Jones was granted.

He is scheduled to be executed on November 18.

On November 18, 2021, Governor Stitt commuted his death sentence. The announcement was made just hours before he was set to be executed.

Why is on he death row?

Jones was arrested and charged with murder in 1999 when Howell was shot in his 1997 GMC Suburban less than 20 miles away from Jones' home.

Howell's sister described the shooter as "a black man wearing a stocking cap" with "half an inch of hair hanging out," his attorney Dale Baich told OU Daily in December 2019.

Despite a lack of evidence to directly connect Jones to Howell's killing, he was sentenced to death and 40 years in prison in 2002.

Jordan was the state's key witness against him, and advocates for Jones say his case has been tainted by racial discrimination.

"We have serious concerns by the way the evidence was collected, handled, and stored," Baich said, claiming that Jones was targeted by "self-proclaimed car thugs and a gang member".

Despite an agreement that Jordan would serve 30 years in exchange for his testimony, he walked free after serving half of that time, according to an overview of his case on JusticeForJuliusJones.com.

The description reads: "In this way and many others, Mr. Jones’ rights under the state and federal constitutions have been violated and his conviction and death sentence should be overturned."

Meanwhile, Jones remains locked up at the Oklahoma State Penitentiary.

He filed for clemency in October 2019 after exhausting all of his options to fight the death penalty.

His clemency report said, as reported by OU Daily: "As God is my witness, I was not involved in any way in the crimes that led to Paul Howell being shot and killed.

"I have spent the past 20 years on death row for a crime I did not commit, did not witness, and was not at."

What has Kim Kardashian said about it?

Kim Kardashian has helped put the spotlight back on Jones' case years after it disappeared from the headlines.

In November 2020, she paid Jones a visit in jail a little over a year after she brought attention to his case on Twitter.

The reality TV star shared photos of her trip to Oklahoma on Instagram and revealed that she also spoke with Jones' mother Madeline and his family at a baptist church that same day.

The criminal justice advocate also revealed that Jones "broke down in tears" when he lamented about how he missed out on taking his sister Antoinette to prom because of his wrongful conviction.

she wrote in her photo caption: "I'm so thankful for the most supportive freedom fighters for Julius Jones.

"We won't stop until we get justice."

On October 16, 2019, Kardashian urged her followers to write to Oklahoma's Pardon and Parole Board as well as Gov Kevin Stitt to ask for clemency for Jones.

She also shared a link to his advocacy website, saying: "Please help by asking the Board and @GovStitt to give careful and thoughtful consideration to his petition."

Her call to action attracted the attention of superstar athletes, including NFL quarterback Baker Mayfield and NBA star Russell Westbrook, both of whom have written letters to Oklahoma Gov Stitt in support of Jones' clemency.