JACK Nicklaus, considered by many people to be the greatest golfer of all time, is heaping heavy praise on President Donald Trump.

Nicklaus says Trump is "more diverse than any President" he has seen. 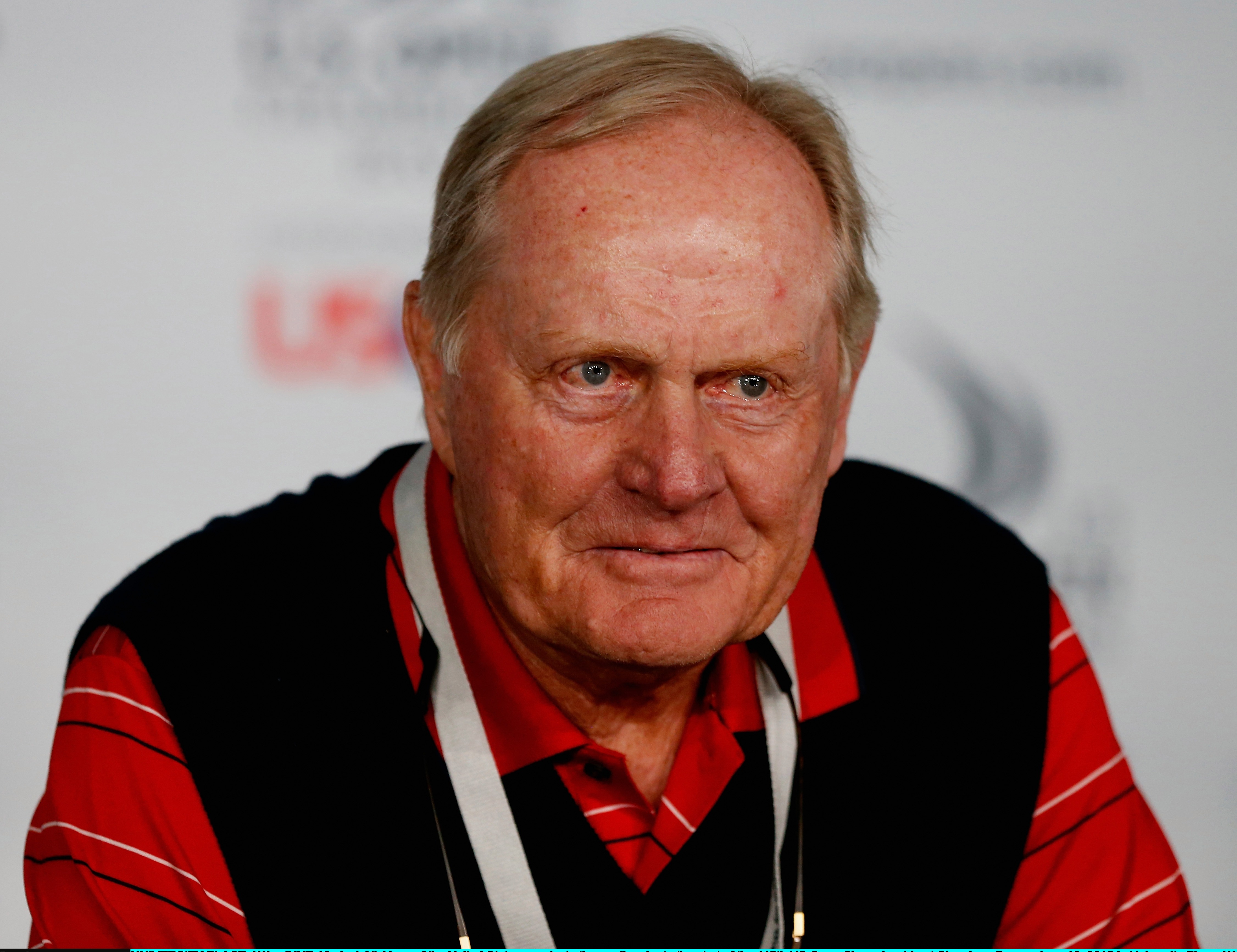 Who is Jack Nicklaus?

Nicklaus, now 80, was born in Ohio and quickly took a liking to the sport of golf. 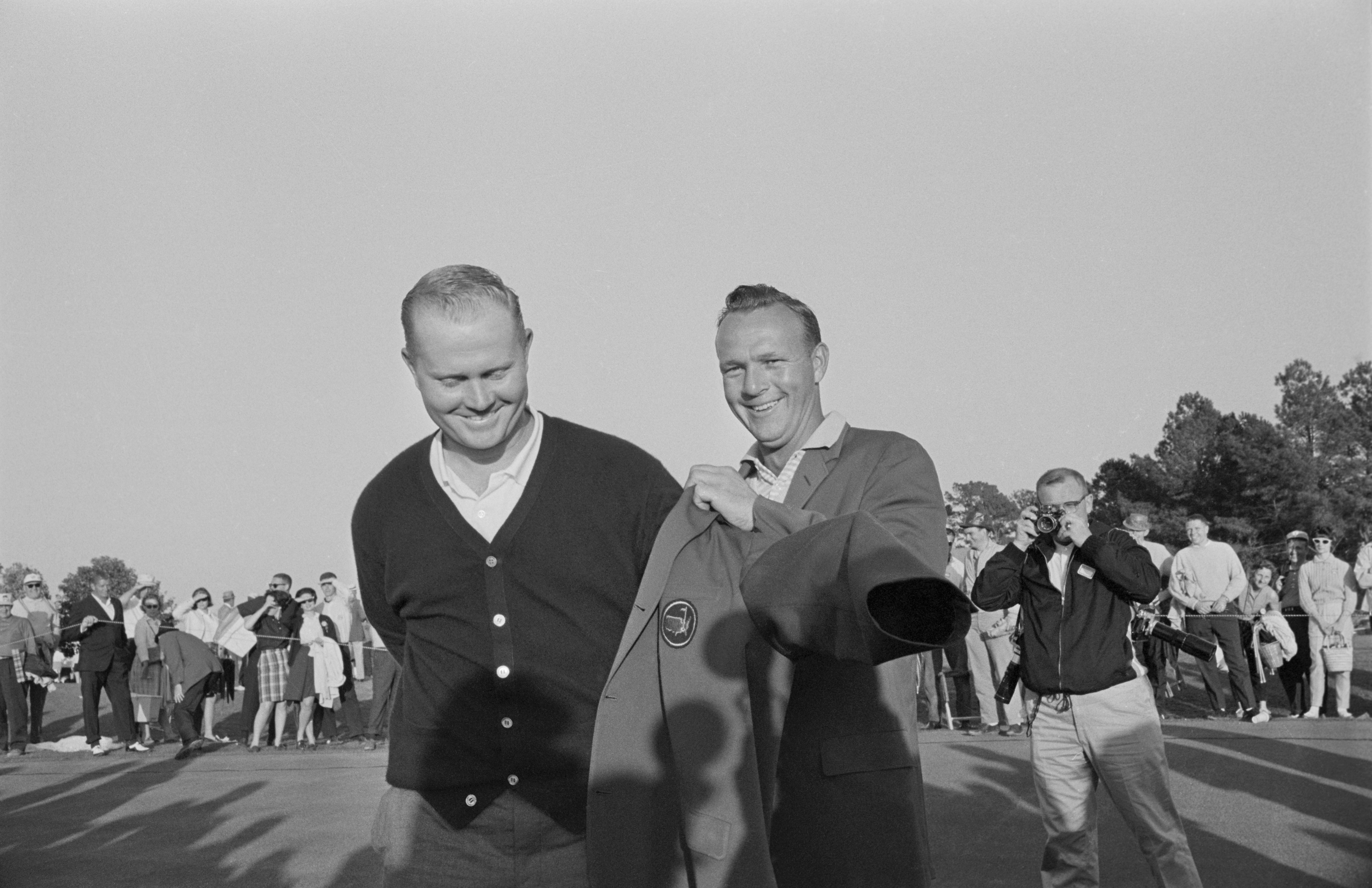 He became one of the most dominant players on the PGA Tour after turning pro in November of 1961.

His last major title was unforgettable: a come-from-behind victory in the 1986 Masters.

Nicklaus was 46 at the time.

He was branded "idiotic" by some fans for saying he will snub coronavirus guidelines to shake the hand of the Memorial winner earlier this year.

Nicklaus and his wife would later test positive for Covid-19. 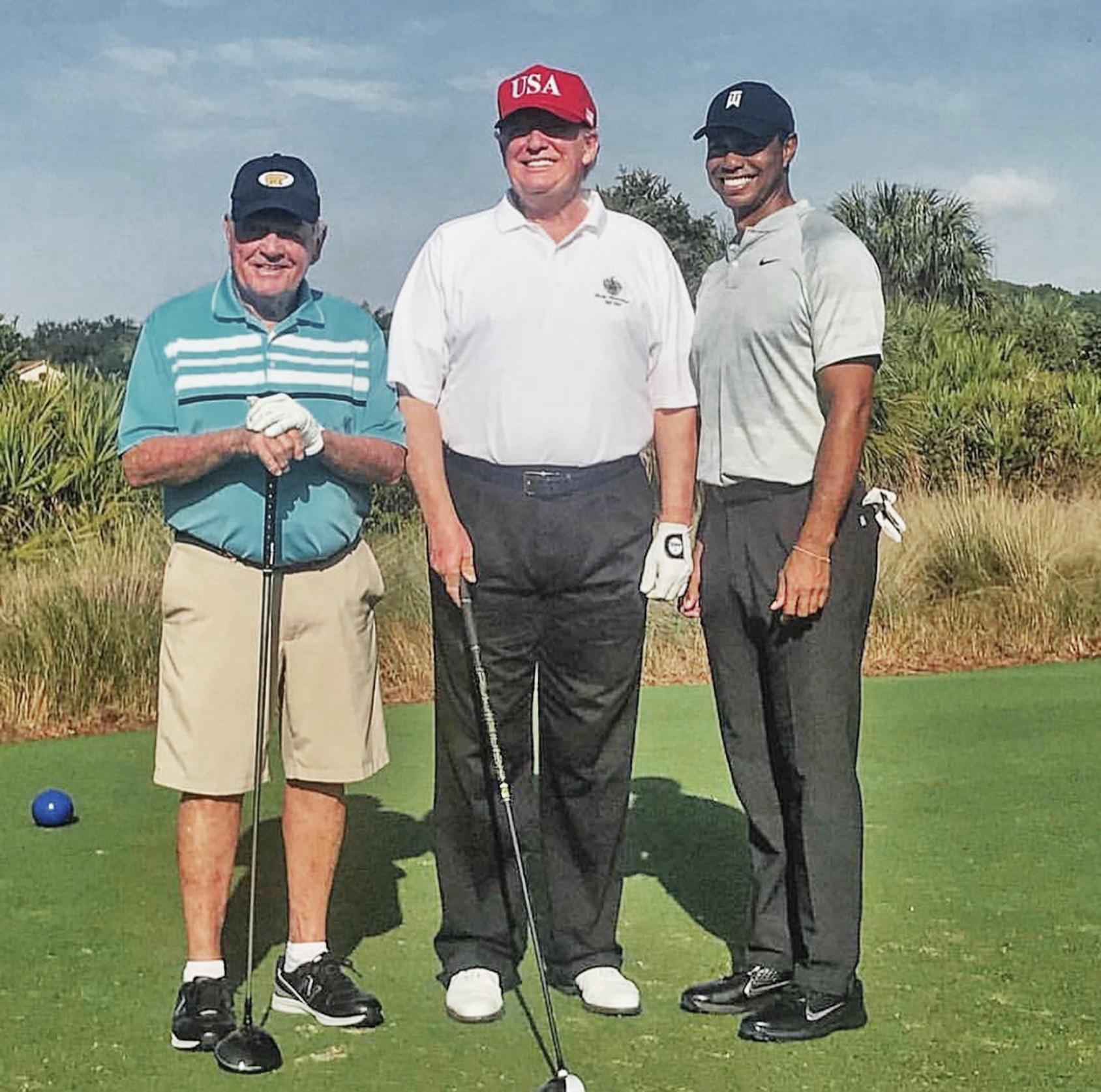 Nicklaus tweeted his support for the President on October 28, writing that "I strongly recommend you consider Donald J. Trump for another four years."

He said he has already "cast my vote" for Trump.

"I have had the privilege over the last 3-1/2 years to get to know our current President a little more as his term has progressed," Nicklaus wrote.

"I have been very disappointed at what he's had to put up with from many directions, with that, I have seen a resolve and a determination to do the right thing for our country." 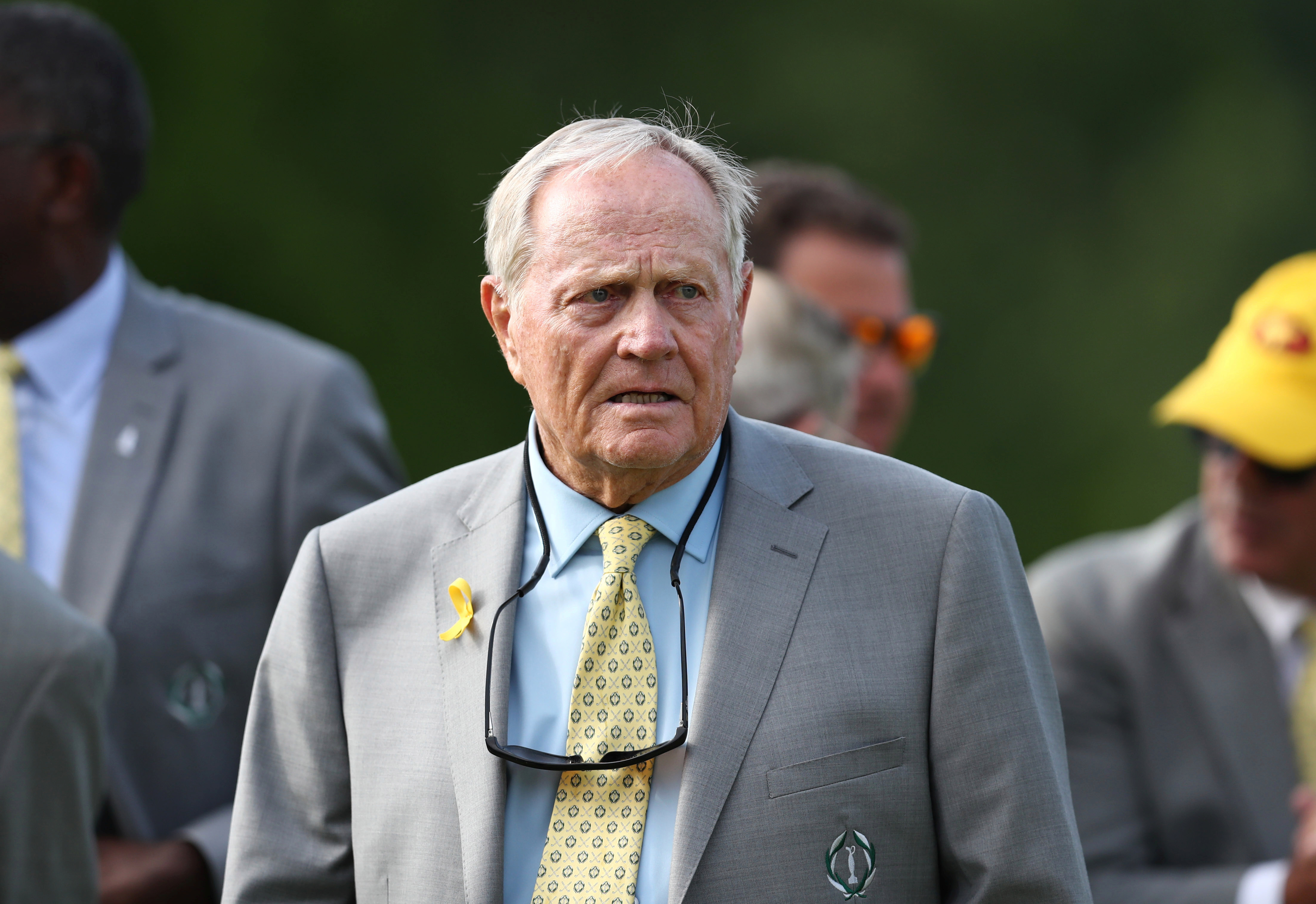 Nicklaus has designed golf courses at Trump-owned properties around the world.

The golfing icon and President have been long-time friends and business partners as well.

Trump earmarked $20 million in his 2020 fiscal plan for a mobile project at a Miami children’s hospital in Nicklaus’ name, according to the Golf Channel.

Nicklaus added: "This is not a personality contest; it's about patriotism, policies and the people they impact.

"His love for American and its citizens, and putting his country first, has come through loud and clear.

"How he has said it has not been important to me."

Nicklaus admitted that "you might not like the way our President says or tweets some things – and trust me, I have told him that! – but I have learned to look past that and focus on what he's tried to accomplish."

Voters will decide on Election Day on November 3 whether to choose Trump or Joe Biden. 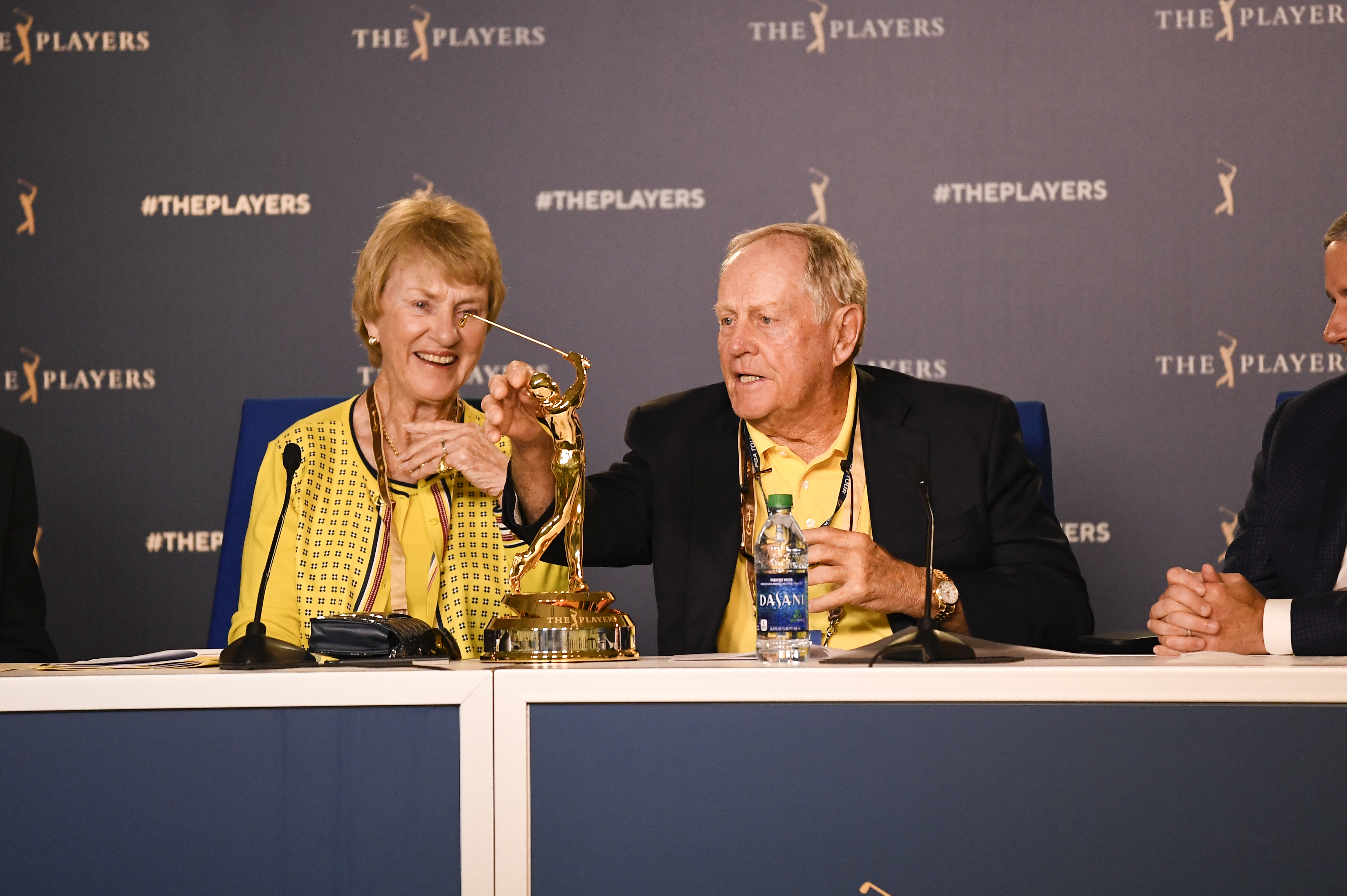 Who is his wife Barbara Nicklaus?

Barbara Nicklaus, also 80, has been married to the Golden Bear for six decades.

“Barbara says this: ‘It’s about 95 percent give and five percent take.’ If you both do that, it’ll end up out pretty well,” Nicklaus told Golf.com when asked about their marriage.

“Barbara gave to me, when I played and when I was doing golf courses. And the health-care charities now are more her thing, and I am more giving to her.

“As you grow older, you understand more. The last 30 days, here in the house, I don’t think Barbara and I have had an argument.

"I said, ‘Barbara, aren’t you upset [about the virus]?’ And she said, ‘What is there to be upset about? We can’t do anything about it. Let’s just enjoy what we’re doing.’”

Barbara Nicklaus was the recipient of the PGA's Distinguished Service Award in 2019.

“From the platform of golf, her unlimited energy and passion for serving as a philanthropist has offered hope and a pathway to vital healthcare for countless children.

"We are extremely proud to present Barbara with the PGA Distinguished Service Award as she joins her husband, Jack, among those honored for an amazing commitment to elevating society and humanity.”