STEPHANIE Denaro has been identified as the woman in a New York bakery who used racial slurs against one of its employees.

Shocking video footage from Sunday showed Denaro scream the racial slur after being asked repeatedly to put on a mask at a Manhattan bakery. 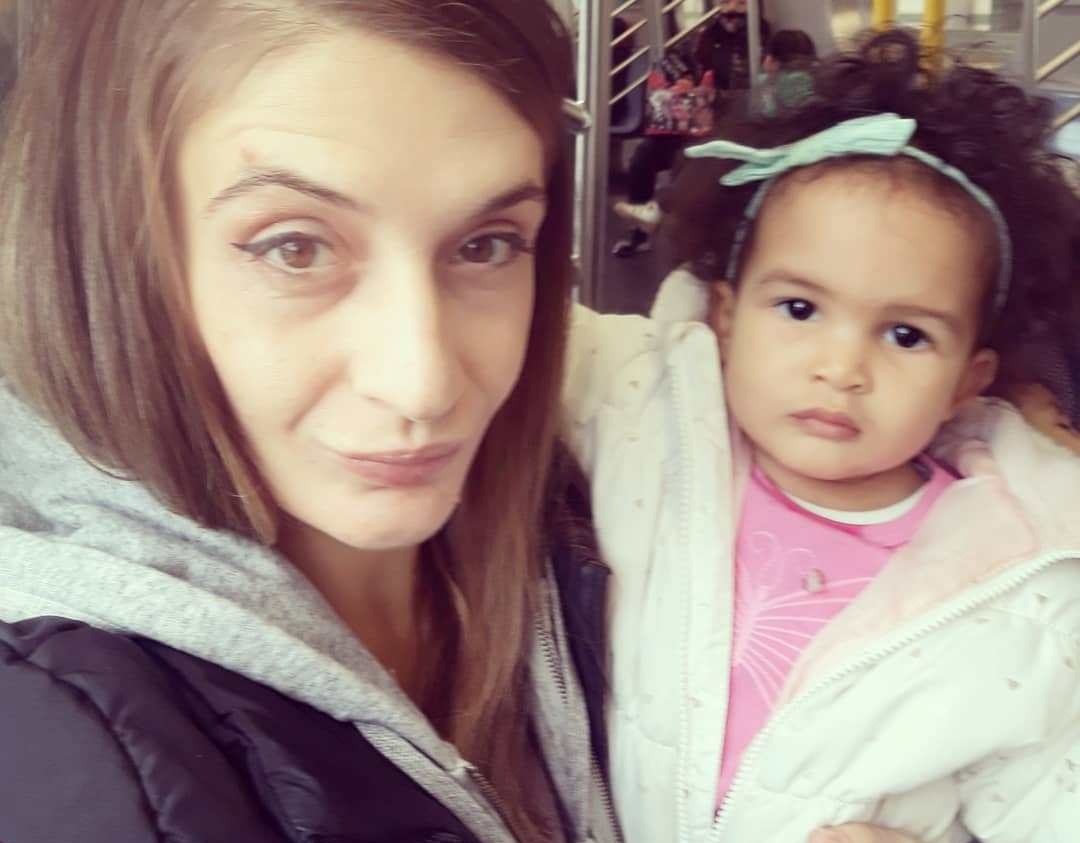 What did Stephanie Denaro say about her kids' father?

Denaro, who lives in Queens, is now claiming that despite using the slur, she is actually not racist because she is a "young black woman."

In an Instagram post early Wednesday, Denaro shared an image with the words, "The black and African-American race is the only race allowed to use the n-word."

"Everyone else can say it in their head if they so intensely desire, but verbalizing it is not acceptable; it never was and never will be."

Speaking to the New York Post, Denaro bizarrely insisted that she never called the Davidovich Bakery staffer a “b—h-ass n—-r” — despite being filmed doing so.

“I didn’t call him the N-word,” she said. “I called him a term to describe his behavior.”

She added: “Listen, there are different ways to spell things. I called him a specific word.”

Denaro also said “all of my children have a black father”.

“That’s a term I’ve heard them use all my life,” she said.

In Instagram post from Denaro on Tuesday, she claimed to have a “medical conditions” that prevented her from wearing a face covering.

“So if you have a problem with me not wearing a mask mind your own business.

Earlier this week, Denaro posted another image of her with one of her kids, and added another caption about how she could not possibly be racist.

"Can’t be racist if I have black children. Jealous libs. Oh yeah," she wrote.

She was wearing a "Women for Trump" shirt in the image, and has posted several other images of her in MAGA gear. Denaro appears to have three Instagram accounts.

What happened at Davidovich Bakery?

In the viral bagel shop video, Denaro, accompanied by four children including one in a stroller, is seen telling the security guard off.

The guard is heard on video telling the woman she would not be served by a bakery worker unless she donned a face mask.

Immediately the people surrounding the woman elicit a negative reaction to her racist remark, to which she doubles down by saying "oooh, that's what he is."

When the security guard tells Denaro she needs to leave, she continues her rant, saying "that’s what he is. I just said it. You heard it."

"It doesn’t affect me that you’re not going to serve me cause you’re a b***h," she continued.

As the surrounding customers demand she stop saying the racial slur, the anti-masker says, "I can call him whatever I want."

The customers continuing getting angry with Denaro, with one person saying, "You’re white trash. You’re disgusting."

Instead of following the crowd's call to exit the market, the woman responds "Oh, I’m white trash because I have black kids?"

Finally the woman leaves the establishment, but only after the security guard tells her multiple times "you need to leave" and "let's go."

Jack Weil, a 24-year-old tax accountant who shot the video, told the New York Post that the woman claimed to have a "medical exemption" for not wearing a mask.

"It was pretty wild," Weil said, who lives near the market. "It's not so shocking to see someone break the mask mandate but it’s shocking to escalate things in front of your children."

How many children does Stephanie Denaro have?

Stephanie Denaro is a 38-year-old woman from Queens who has earned the nickname "Bakery Karen."

She is a poet and writer who graduated from New York University in 2000. She has authored two books: The Fairest One of All (2013) and American Romance (2016).

Denaro is the mother of three daughters and a son, according to Earn the Necklace.