Disgraced sports doctor Larry Nassar is serving decades in prison for sexually assaulting female athletes in a scandal that counted hundreds of victims and turned USA Gymnastics upside down.

Here, we look at the chilling crimes committed by Nassar, 57, who was sentenced to more than 175 years behind bars after being convicted of abusing scores of young women and children. 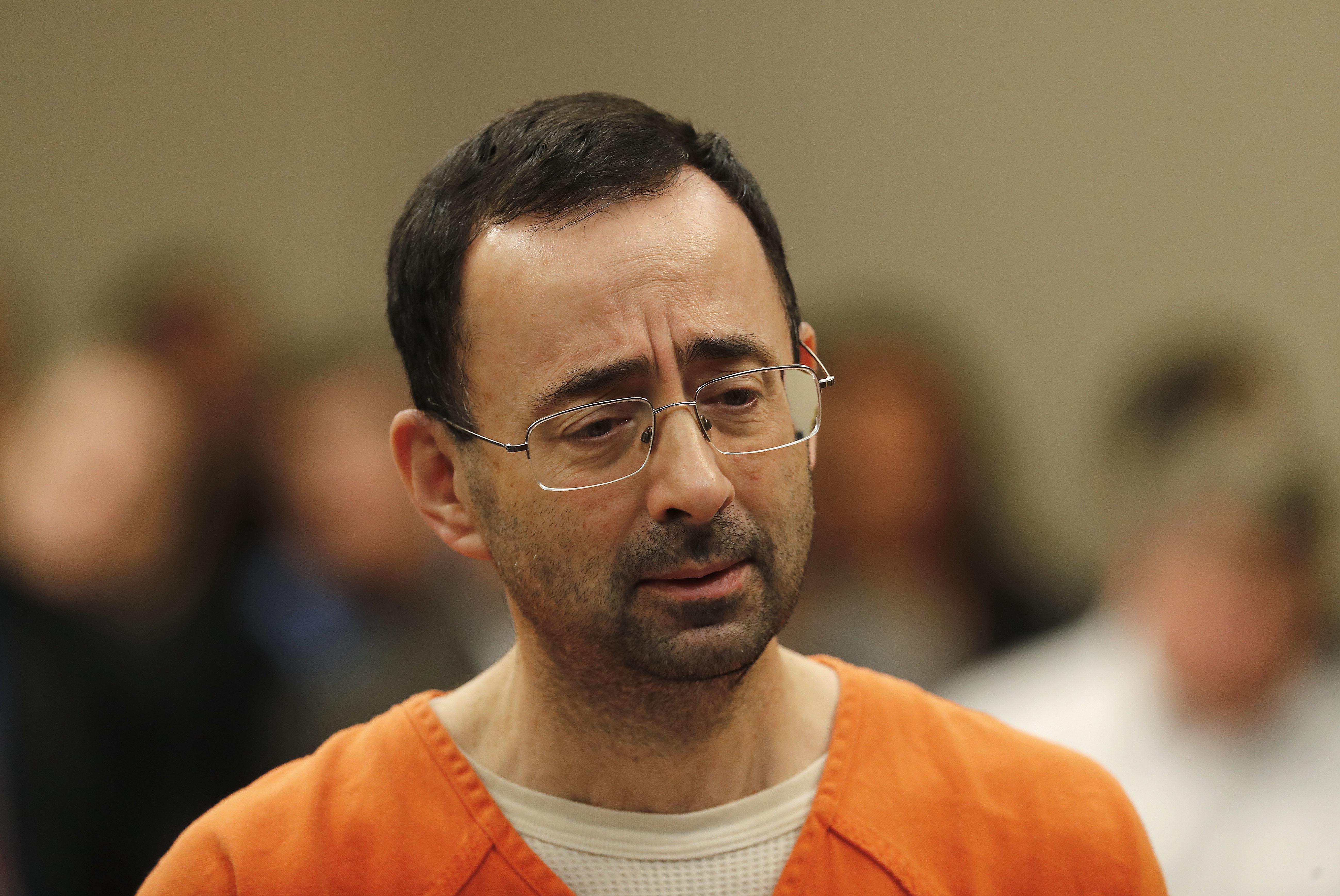 Who is Larry Nassar and what did he do?

Larry Nassar, 58, graduated from the University of Michigan with a degree in kinesiology in 1985 and joined the USA Gymnastics team's medical staff a year later.

He abused his position over two decades to grope girls during medical treatment – sometimes in front of their parents.

USA Gymnastics cut ties with Nassar in 2015 and Michigan State fired him in September of the same year. 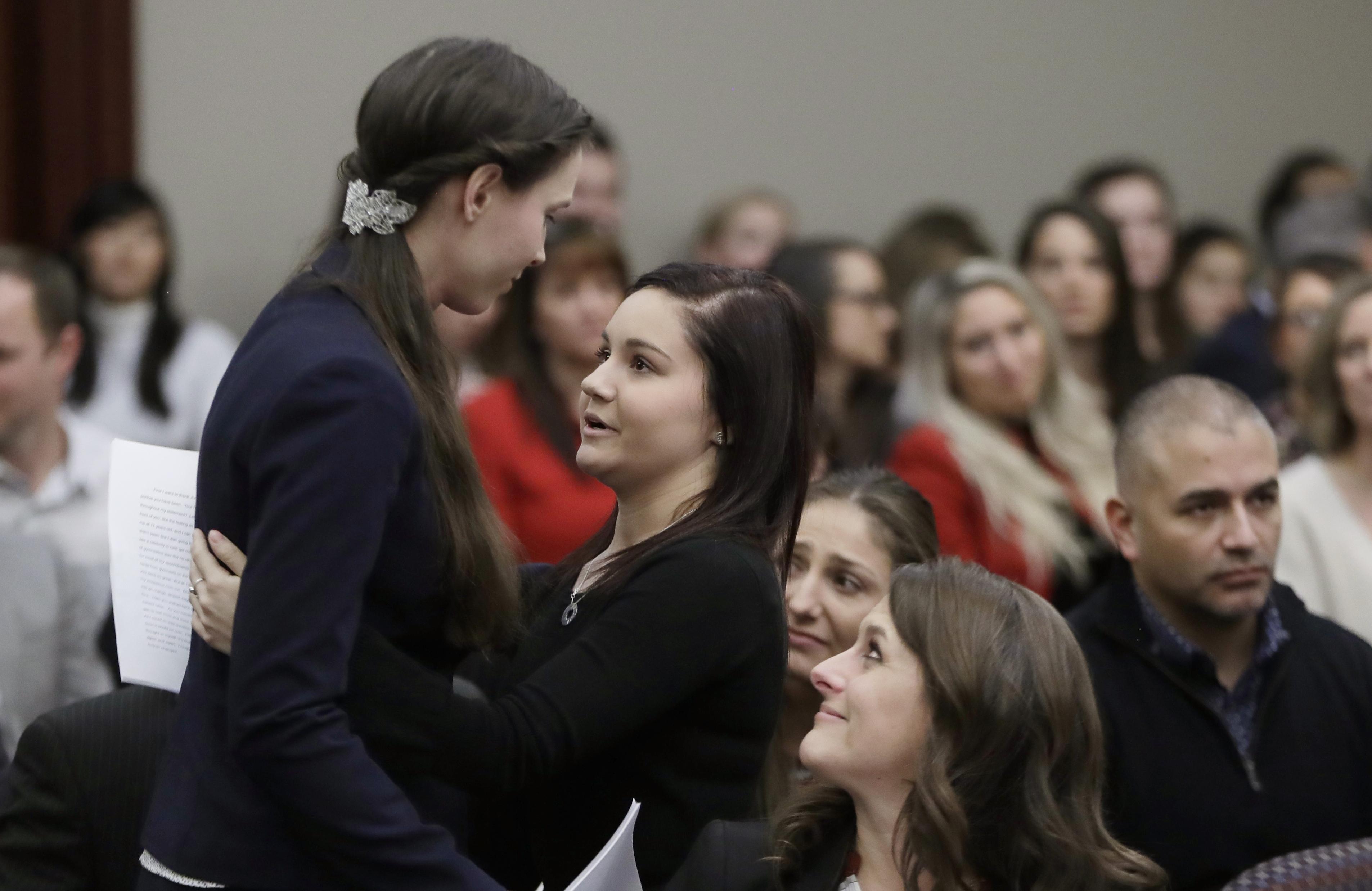 Nassar has admitted penetrating females with ungloved hands when they visited him for various injuries.

The number of victims who have come forward exceeds 250, going back decades.

Nassar, who lost his physician's license in April 2018, admitted his conduct had no legitimate medical purpose and that he did not have the girls' consent.

What is Larry Nassar's connection to John Geddert?

John Geddert was the head coach of the 2012 US women's Olympic gymnastics team, which won a gold medal.

Geddert was charged with two dozen crimes earlier February 25, 2021, including forms of human trafficking, a step that prosecutors acknowledged was an uncommon use of Michigan law. Hours after being charged with sexual assault, he reportedly killed himself.

He was found dead on February 25 2021, by police at a rest area in Clinton County, Michigan.

He was also accused of lying to investigators in 2016 when he denied ever hearing complaints about Nassar, who is serving decades in prison for sexually assaulting female athletes.

Former Olympian McKayla Maroney said that she was in a car with Geddert on an international trip in 2011, ABC reported.

During the journey, Maroney allegedly described how Nassar had touched her inappropriately the night before.

However, according to passengers in the car, Geddert allegedly did not react at the time and has since denied overhearing the comments.

Geddert was accused of recruiting minors for forced labor, a reference to the gymnasts he coached, according to documents filed in an Eaton County court.

Gymnast Jacob Moore laid bare the effect of his abuse at the hands of Nassar in a tell-all interview.

More than 250 have already come forward as victims but Jacob, who says he hopes Nassar "rots in hell", is the first male.

Court papers state that Jacob was taken down to the cellar and had his pants ripped down by Nassar, who stuck acupuncture needles in his genitals.

"I wasn't a dumb kid," Jacob told Today in 2018. "I knew kind of what medical practices were and that one was out of the ordinary." 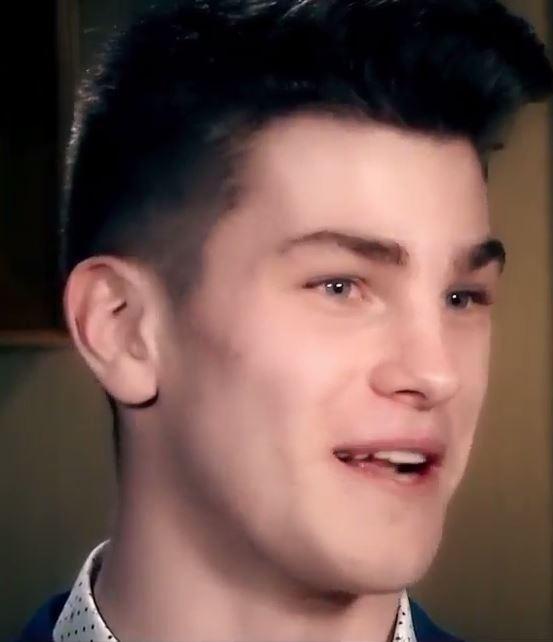 How long has the former USA gymnastics doctor been jailed for?

In January 2018, Nassar was jailed for up to 175 years in jail after he was convicted of sexually assaulting scores of young women.

The number of alleged victims who have come forward exceeds 250.

On February 5 Nassar was sentenced to an additional 40 to 125 years in jail for a further three sex offences – a total of up to 360 years in jail.

Speaking in Eaton County, Michigan, Judge Rosemarie Aquilina told him she had "just signed his death warrant" because he "did not deserve to walk outside a prison ever again." 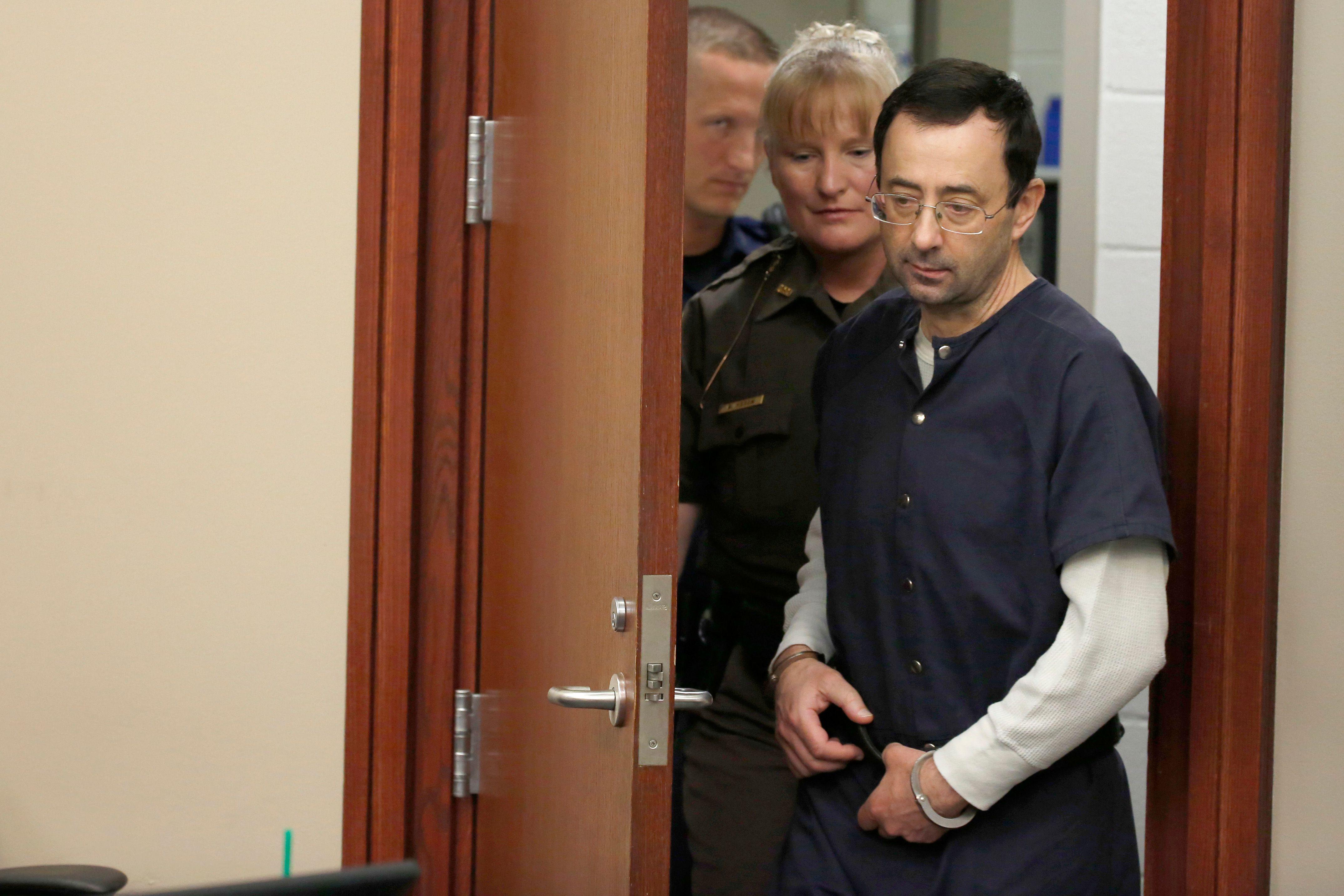 Which athletes have accused the doctor of sex abuse?

Four-time Olympic champion Simone Biles, 24, has shared her experience of abuse from the US gymnastics doctor.

In January 2018, she posted on Twitter: "I too am one of the many survivors that was sexually abused by Larry Nassar.

"Please believe me when I say it was a lot harder to first speak those words out loud than it is now to put them on paper.

"There are many reasons that I have been reluctant to share my story, but I know now it is not my fault."

Nassar groped girls during medical treatment over two decades of horrifying abuse that he reportedly described as "special treatment".

Simone added: "It is not normal to receive any type of treatment from a trusted team physician and refer to it horrifyingly as the "special" treatment. 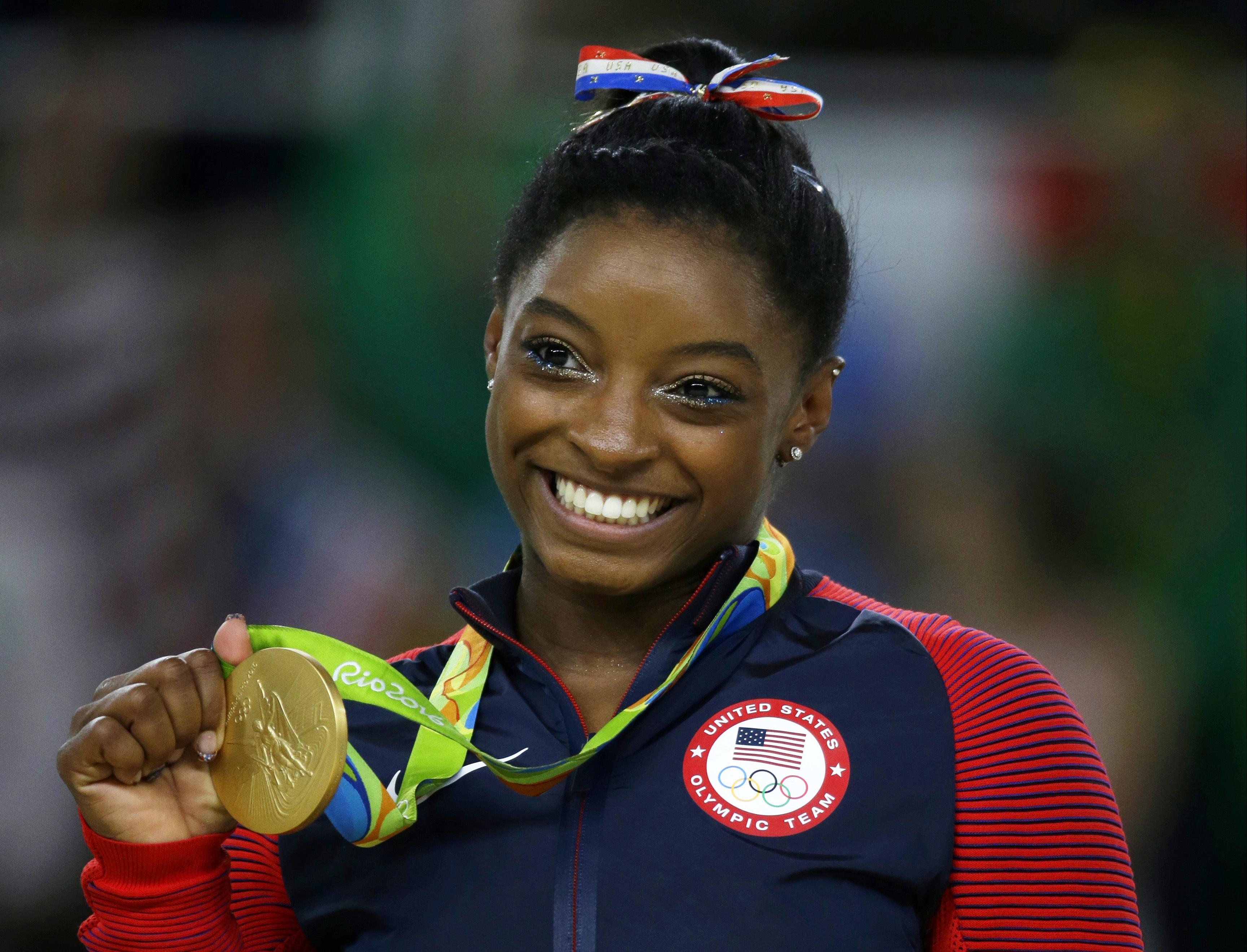 Biles, who won four gold medals at the 2016 Rio Olympics, said the more she tried to "shut off the voice in my head the louder it screams."

During an interview discussing the 2020 Tokyo Olympics, Biles said she was still experiencing trauma after all these years.

Olympic gymnasts Aly Raisman, Maroney and Gabby Douglas are among the women who previously publicly said they were among Nassar's victims.

"You used your position of trust … in the most vile way to abuse children," Judge Rosemarie Aquilina told Nassar after his plea.

"I agree that now is a time of healing, but it may take them a lifetime of healing while you spend your lifetime behind bars thinking about what you did in taking away their childhood."

She called the victims "superheroes for all of America, because this is an epidemic."

They had testified that Nassar molested them with his hands, sometimes when a parent was present in the room, while they sought help for gymnastics injuries.

Biles said, "I blame Larry Nassar and I also blame an entire system that enabled and perpetrated his abuse."

Maroney said the FBI "minimized and disregarded" her after she reported Nassar.

Raisman said, "My main concern is, I hope I have the energy even to just walk out of here. I don't think you realize how much it affects us, how much the PTSD, how much the trauma impacts us. For every survivor it's different."

FBI Director Christopher Wray was also at the hearing and said he was "deeply and profoundly sorry" to the female athletes.

"I'm sorry that so many different people let you down, over and over again," Wray said at the hearing.

The criminal cases against Nassar followed reports in 2017 in The Indianapolis Star about how USA Gymnastics, which trains Olympians, mishandled complaints about sexual misconduct involving the doctor and coaches.

Women and girls said the stories inspired them to step forward with detailed allegations of abuse.

Many of the accusers have sued Michigan State, USA Gymnastics and the U.S. Olympic Committee.