BITCOIN'S value exploded over the last decade making some people who saw the potential for cryptocurrencies unfathomably rich.

But others who got in early now spend the rest of their lives knowing they missed out on the technology gold rush thanks to truly agonising human error.

🔵 Read our cryptocurrency live blog for the latest Bitcoin updates 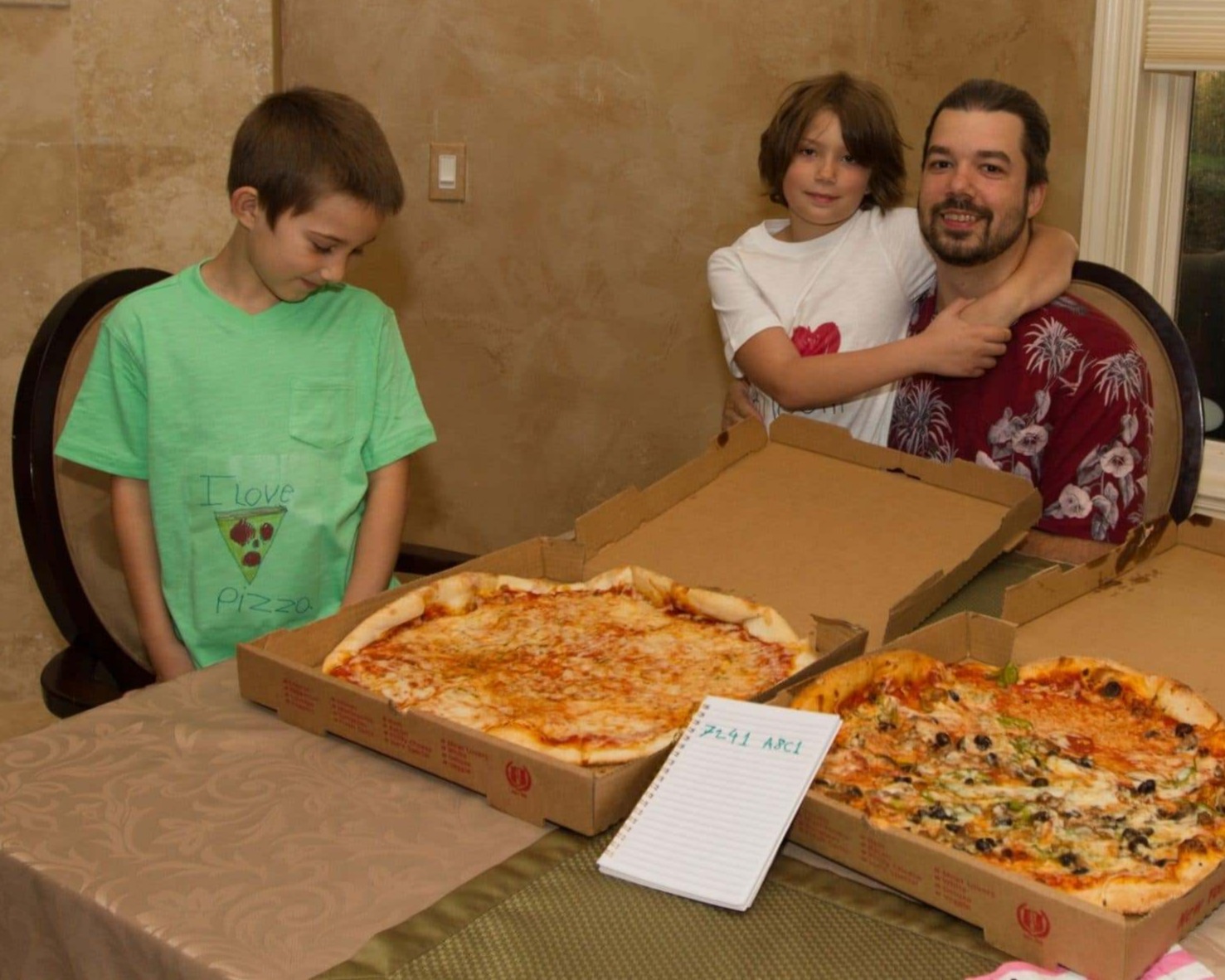 Now that an estimated 100million people around the world own some amount of Bitcoin, more and more horror stories of how people missed out on a life-changing fortune are coming to light.

Arguably the most infamous example is the disastrous case of Laszlo Hanyecz, the programmer who bought two pizzas in 2010 with Bitcoin now worth £280million.

"I don't regret it," Laszlo says, despite losing out on a luxurious life of private islands and massive mansions.

"I think that it's great that I got to be part of the early history of Bitcoin in that way."

Here are some spectacular disasters from people who definitely do regret their Bitcoin blunders – including those who lost their savings to a fake Elon Musk.

Bitcoin is a cryptocurrency that was created in 2009 by an anonymous founder using the alias Satoshi Nakamoto.

Unlike physical currencies such as pounds, dollars or euros, which come in physical notes and coins, Bitcoin isn't printed or minted.

Instead, Bitcoin tokens are a digital-only form of payment and are created by a computer code.

If you have invested in Bitcoin, you can set up a virtual wallet to store, keep track and spend your digital money.

You are also able to purchase Bitcoin through an online exchange or Bitcoin ATM – but not all businesses accept Bitcoin as a form of payment.

Anyone thinking of investing in Bitcoin should do their own research as to whether it's right for them.

Risks include unpredictable price volatility, meaning you can lose your money if its value drops.

'I have to laugh'

Buried under tonnes of rubbish in a Welsh landfill there potentially lies a an untouched trove of digital gold.

IT engineer James Howells, 35, stored 7,500 Bitcoin on his PC in 2009 when the currency was essentially worthless.

Today, the his stash is worth over £213million – but James can't access it.

That's because in 2013 he made the mistake of a lifetime when he accidentally chucked the hard drive away at a council landfill site near his home in Newport, Wales.

"I had two identical hard drives and I threw out the wrong one," James said.

"I know I'm not the only person who has ever thrown out the wrong thing but it usually doesn't cost people over £200million.

"I have to laugh about it now because what else can I do?" 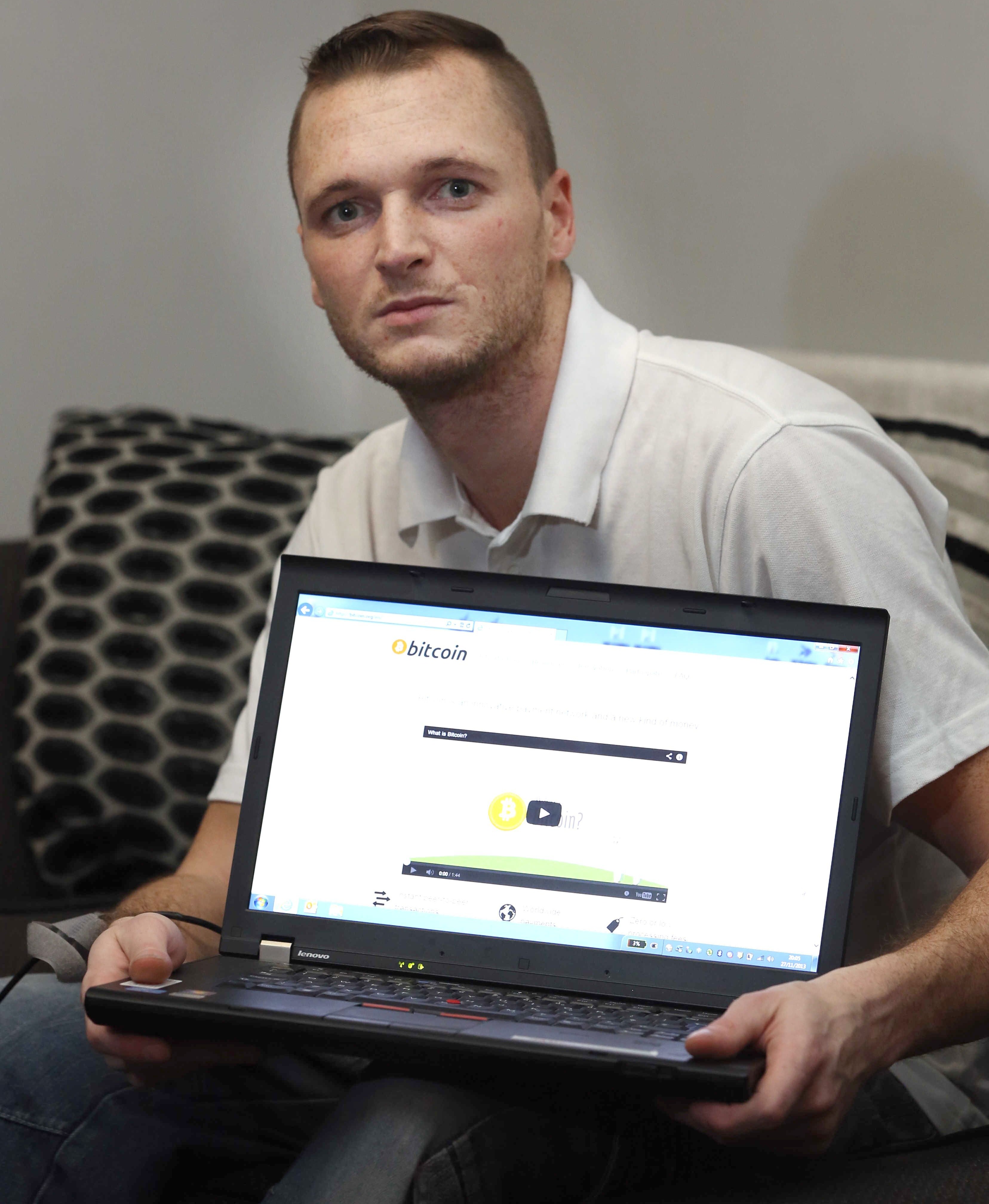 Desperate James offered Newport Council a whopping £50million share of the coins if they helped him locate the disk.

But administrative killjoys have repeatedly shot down a rescue attempt citing licencing permits preventing the dig.

That plus the fact that there's no guarantee the hard drive would be inworking order even if it miraculously turned up.

Alex Jones has been slammed as America's leading conspiracy theorist who firmly believes in crazy ideas – but he didn't believe in Bitcoin enough to avoid losing £284million.

The Infowars host, 47, this year claimed he'd been gifted a laptop containing 10,000 Bitcoin a decade ago by financial broadcaster Max Keiser. 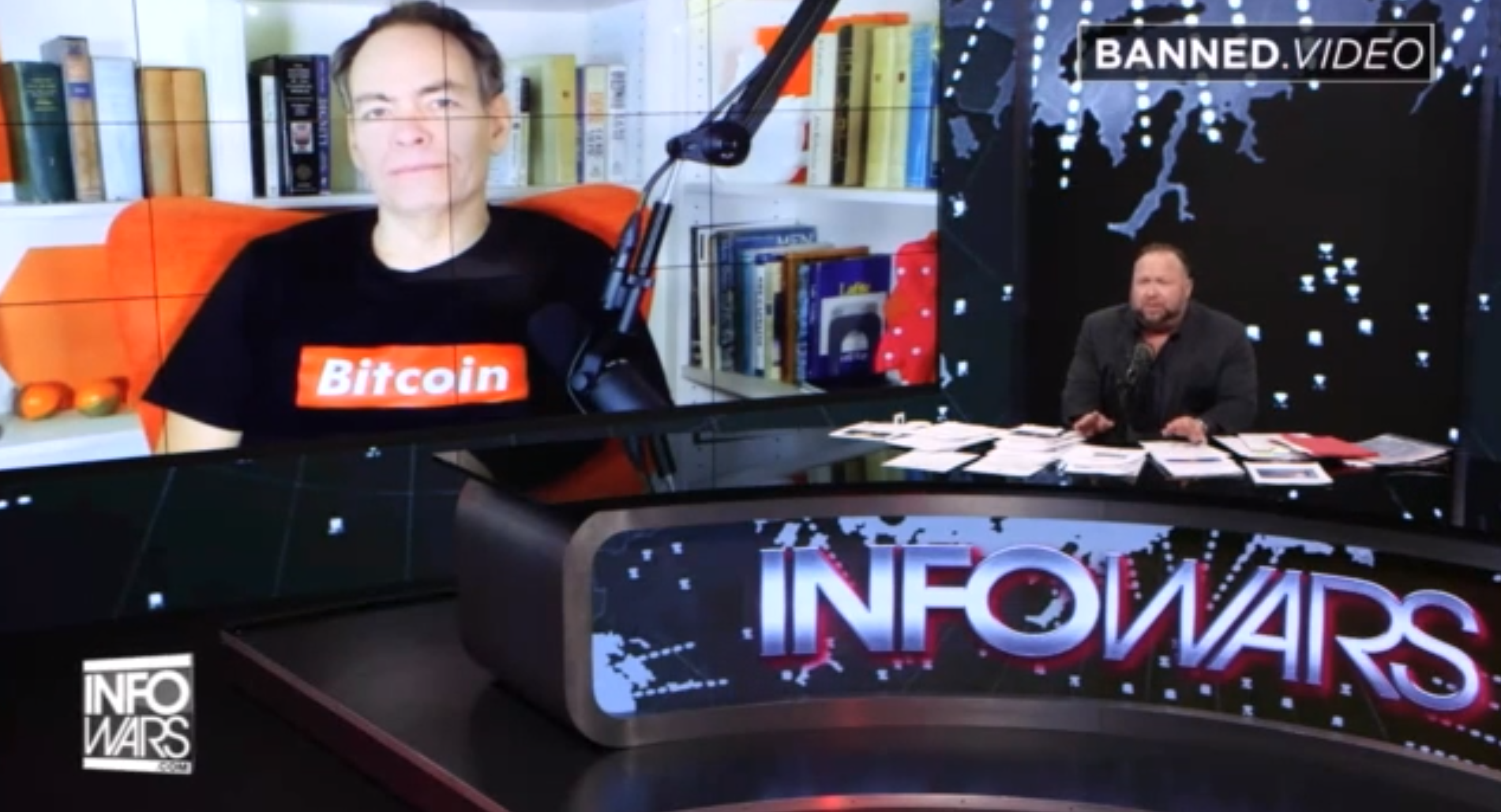 "He comes to me and says: 'I have ten thousand Bitcoins for you,'" Jones said of Keiser's gift on the Flagrant 2 podcast.

"I'm like drinking wine and eating f***ing steak at night and I go: 'OK, great'.

Keiser confirmed the story was true on Twitter, a platform on which Jones is banned, adding that the "price was under $5 at the time". 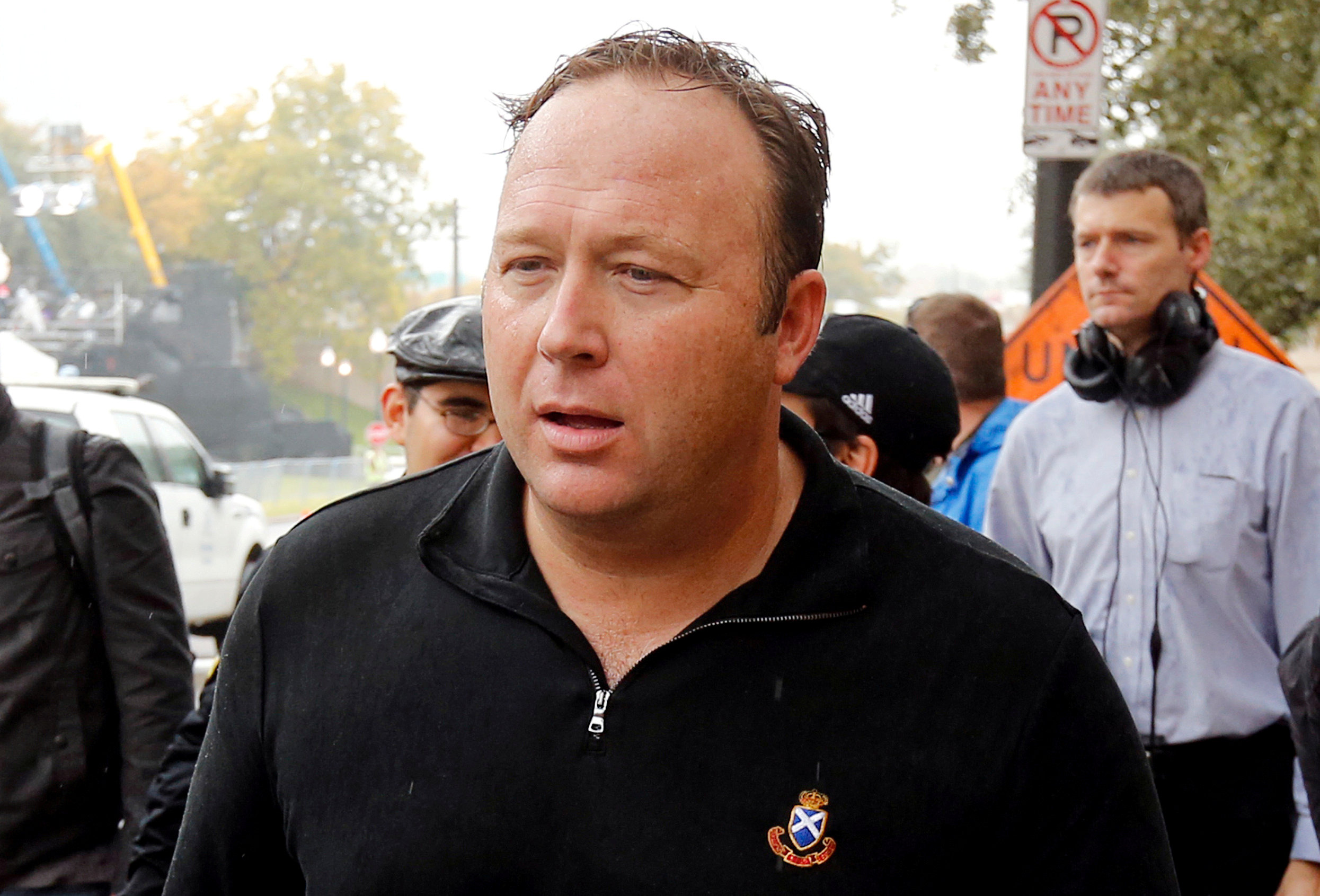 Jones is still estimated to be worth around £3.5million despite his catastrophic cryptocurrency blunder.

In 2019, he told Joe Rogan's podcast that "cryptocurrencies are the future", while also alleging the US government had made deals with "interdimensional aliens" and demanding to be choked unconscious by a martial arts expert who was also on the show.

One of the major criticisms of Bitcoin is its use in illegal business making profits for criminals, but it cost one Irish drug dealer £170million.

Clifton Collins was an award-winning beekeeper before he decided to start cultivating cannabis full time in 2005. 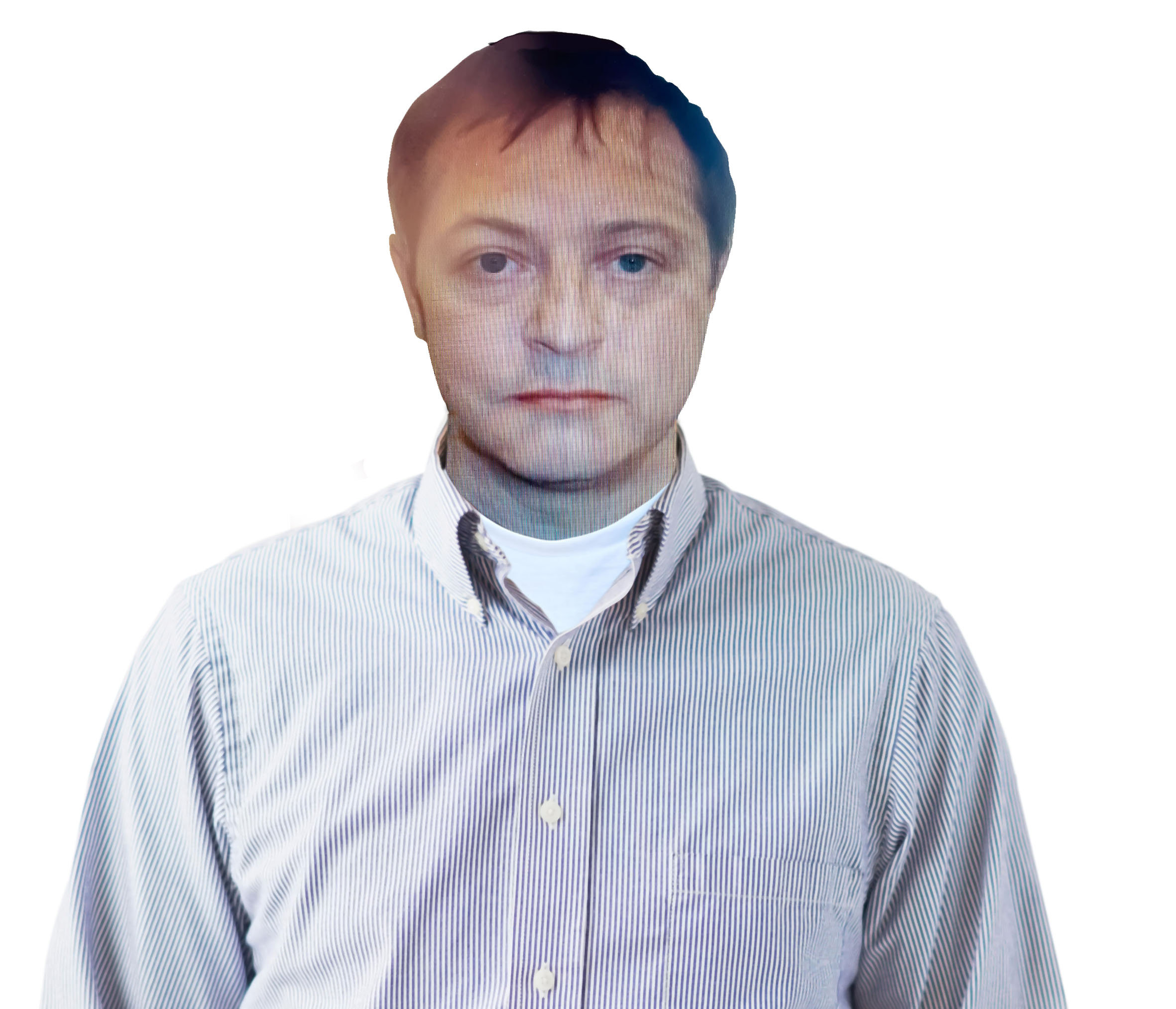 He rented houses around Ireland to grow crops and decided to use the cash from his drug sales to invest in Bitcoin.

By 2017, Collins' coins were worth around £46million and he came up with a novel way to keep his ill-gotten gains safe.

He split the fortune across 12 different accounts and then printed out the digital wallets' codes on a piece of A4 paper.

The paper was then rolled up and stashed in the cap of a fishing rod case and kept in one of his rented properties. 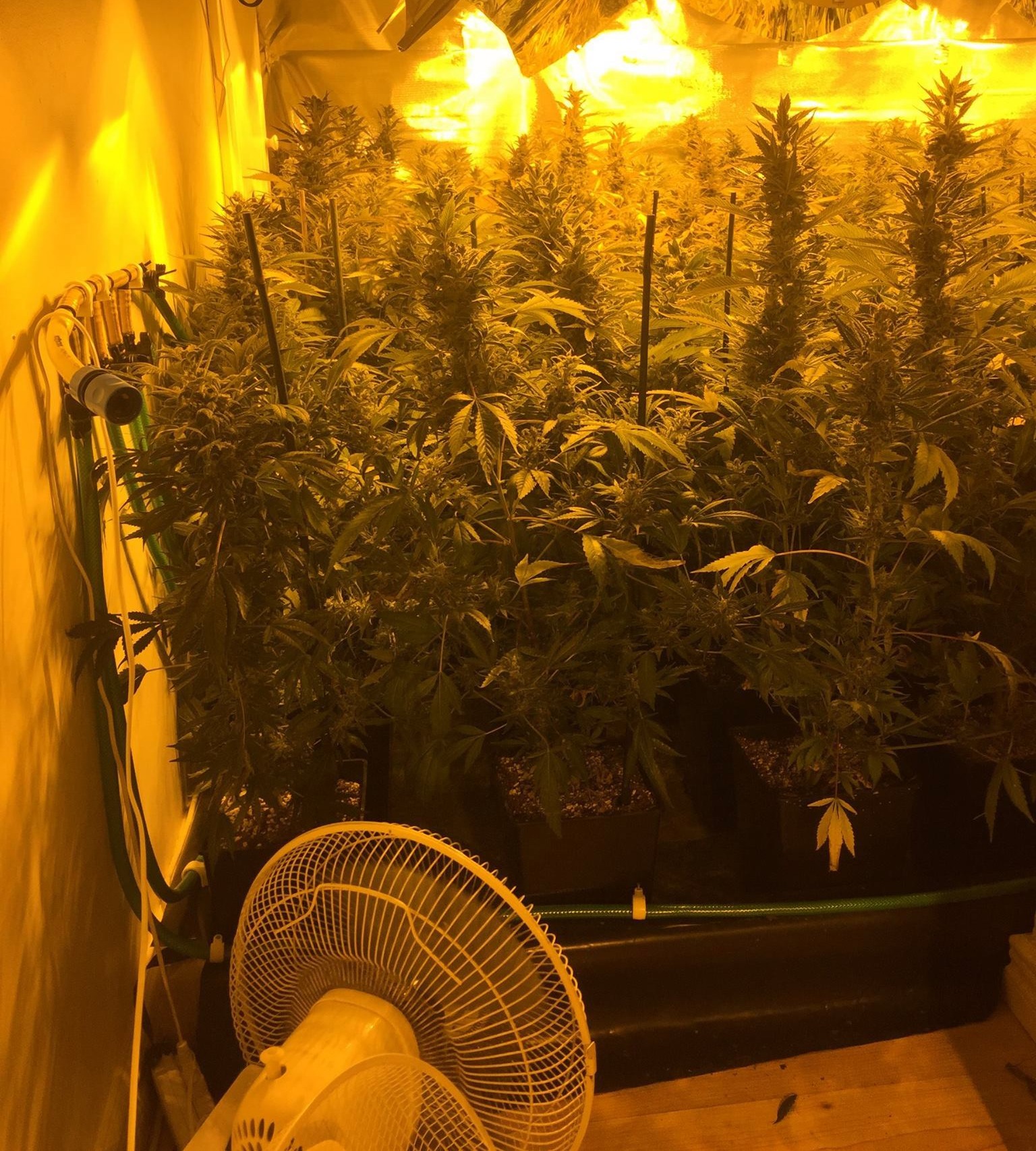 But his master plan turned into a disaster later in 2017 when he was arrested after being caught with cannabis.

Collins was jailed for five years and the landlord of the house where the rod case was kept took many of the drug lord's possessions to a dump in County Galway.

Workers at the dump told cops they remembered fishing gear being discarded, but waste from the dump is sent to incinerators overseas and the rod case hasn't been seen since.

Collins, for his own part, told authorities he'd had time to come to terms with the monumental loss and thought of it as punishment for his own stupidity.

Some of the most painful Bitcoin losses have happened to people who fell for scams.

As the value of cryptocurrencies has risen, hackers and scammers have ramped up their efforts to swindle victims out of their savings.

According to Trading Platforms UK, the value of crypto hacks and thefts between 2019 and 2020 jumped from around £260million to £360million.

And some of the scams are known to have had devastating consequences.

Teacher Julie Bushnell has spoken out about her heartbreak and embarrassment at losing her house deposit in an elaborate crypto con.

The Brighton-based educator sent £9,000 to a fake Elon Musk giveaway advertised on a site mocked up to look like the BBC homepage. 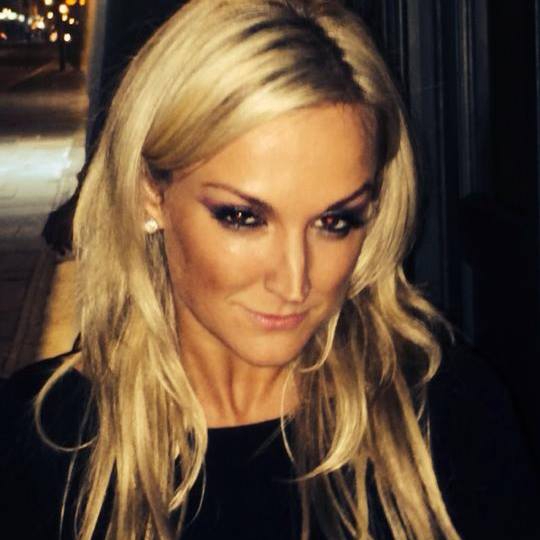 It suggested the Tesla and SpaceX billionaire would double her money in a Bitcoin giveaway if she sent her coins to a specific address.

But when no money came back, she realised she'd been scammed.

She spent a sleepless night frantically searching online for how she could recuperate the money, but she soon realised it was gone.

"I tried to sleep but couldn't as I was having constant panic attacks and couldn't stop shaking and crying," Julie told The Argus. 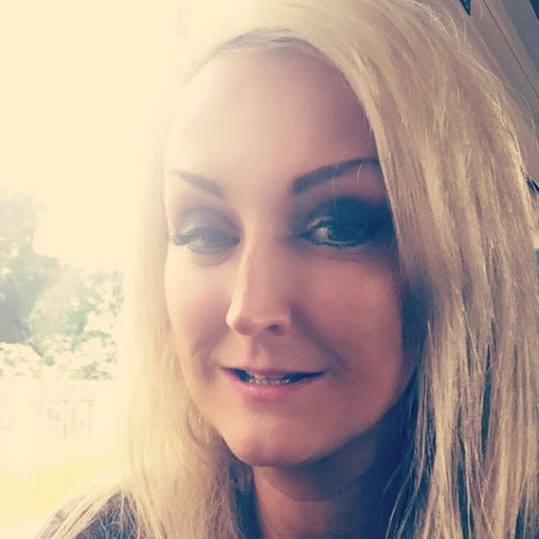 "This whole ordeal has left me feeling totally and utterly depressed and emotionally, mentally and physically exhausted.

"I can’t eat or sleep properly and I keep crying while at work and running off to the toilets during the day and breaking down in floods of tears feeling ashamed and embarrassed of what has happened."

She spoke out about her ordeal in the hope that others won'tfall for the same trick, which left her feeling "embarrassed" and "worthless".

The BBC said it was taking action to have the site closed down, with a statement adding: "We urge people to check the veracity of [websites] and not to supply any personal information."

Julie isn't the only person to have fallen for an Elon Musk-themed crypto scam.

An anonymous man spoke out after he lost £400,000 to a similar swizz in February after scammers jumped on a real Musk tweet about Bitcoin rival Dogecoin to promote their trap site.