A TODDLER was set on fire while playing with alcohol hand sanitiser and a lighter.

Captain Chuenbubpha, three, became engulfed in flames at his home in Samut Prakan, Thailand after the highly inflammable anti-Covid-19 gel was squirted on him ignited. 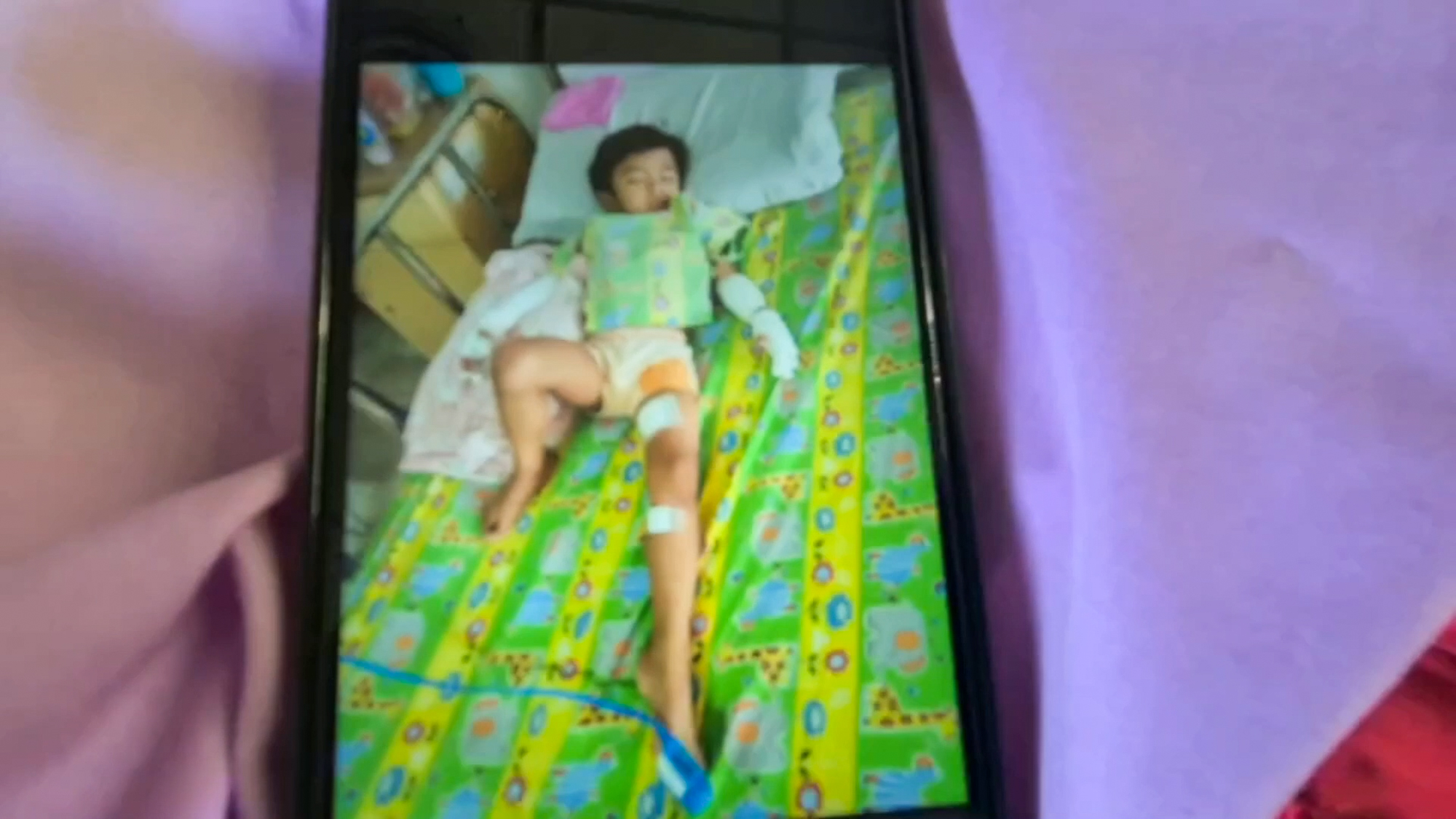 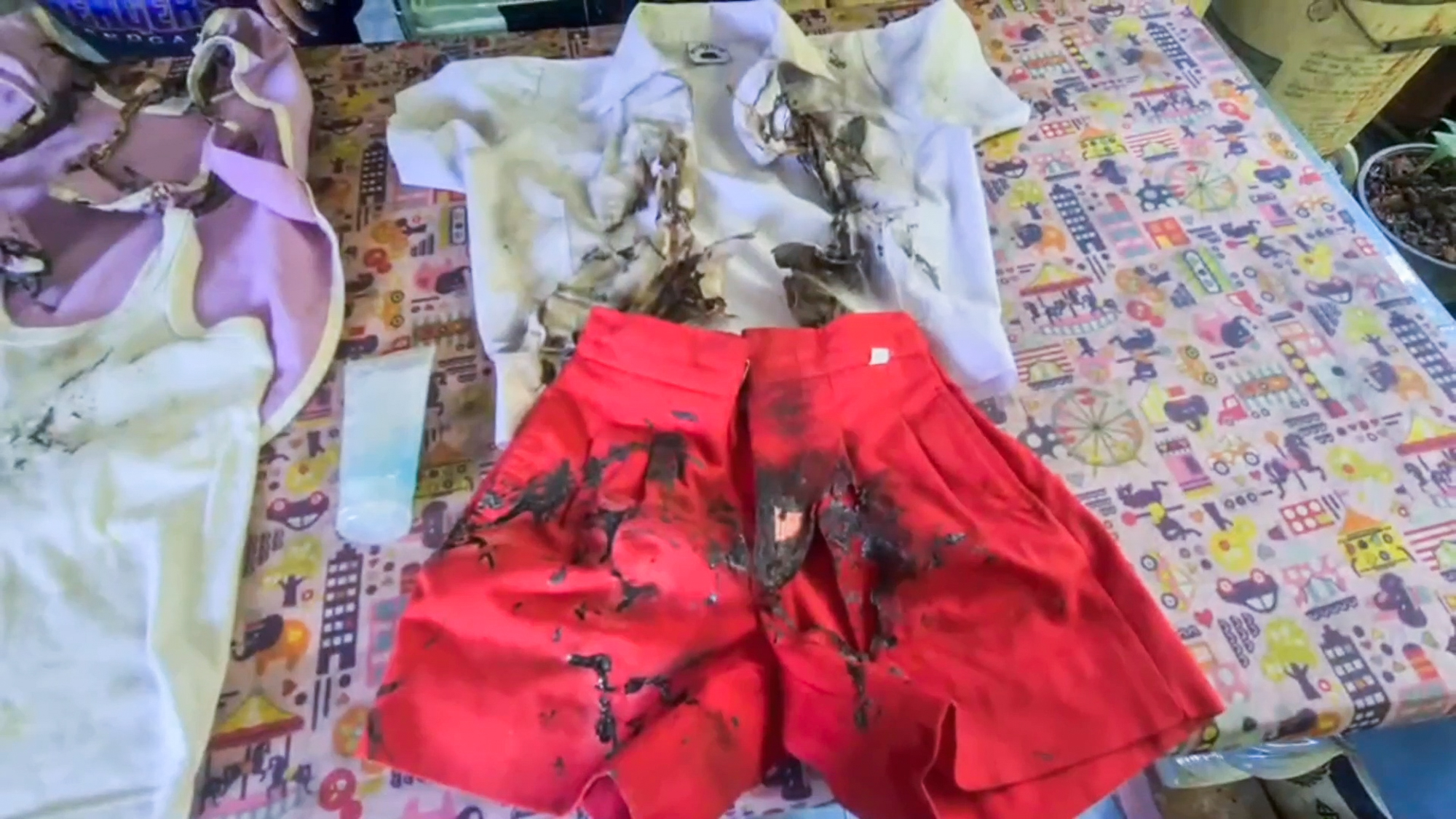 The incident happened when Captain and older brother Nonoe, five, were fooling around while getting ready for school inside their home last Wednesday.

The younger of the two squirted the coronavirus protective gel all over his arms and hands, then splashed it onto his uniform and fired it at his brother.

His brother squirted back at the young boy.

But the two boys then picked up a cigarette lighter they took from their parents' bedroom drawers which they then lit.

Captain, who had the most alcohol gels on his shirt, was immediately engulfed in flames within a few seconds during the horror incident last Wednesday.

Their uncle, Thanwa Chuenbubpha, 26, has spoken about the incident as a warning to other parents about the danger of the gel.

Thanwa was having breakfast downstairs with the parents, then rushed to the room upstairs when he heard the children screaming.

He said he did not know what to do at first after seeing his nephew burning on his neck, chest, and arms.

Thanwa said: "I ran to the kids when I heard them crying. I did whatever I could to stop the fire as soon as possible before it burns the boy more.'' 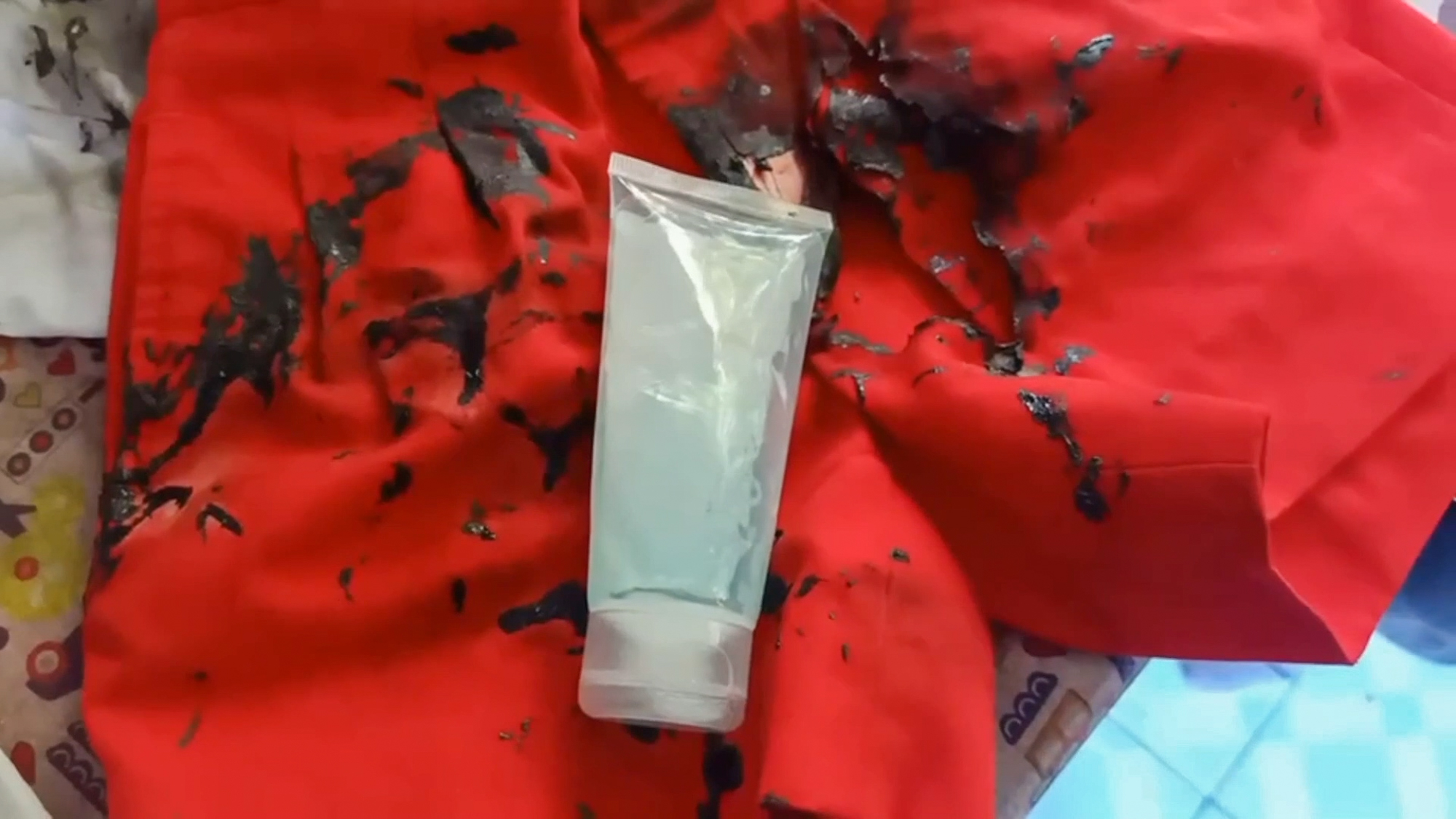 The worried uncle used his bare hands to kill the flames before tearing the uniform out of the crying boy.

He added: ''I smothered him to put out the flames. They were extinguished quickly but he still had injuries all over his body.''

Captain was later taken to the hospital in an ambulance.

The child has recovered well with minor burns after staying at the hospital for one night.

It comes after warnings of what can happen if gel is left in warm vehicles, a fire department has warned.

The Western Lakes First District in Wisconsin, US, posted a photo of a burned-out car door on Facebook, explaining how most hand sanitizers are alcohol-based and therefore flammable. 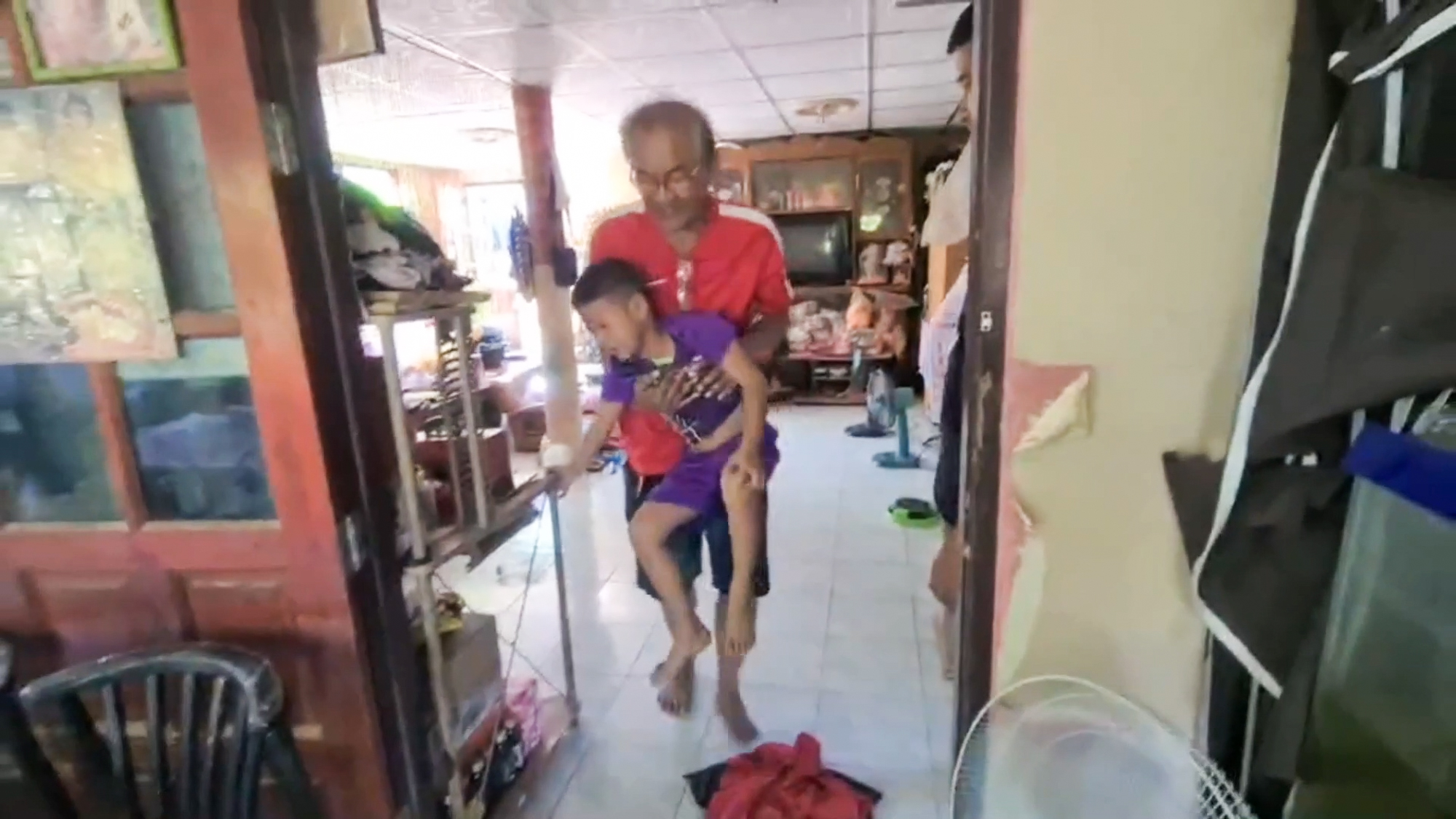 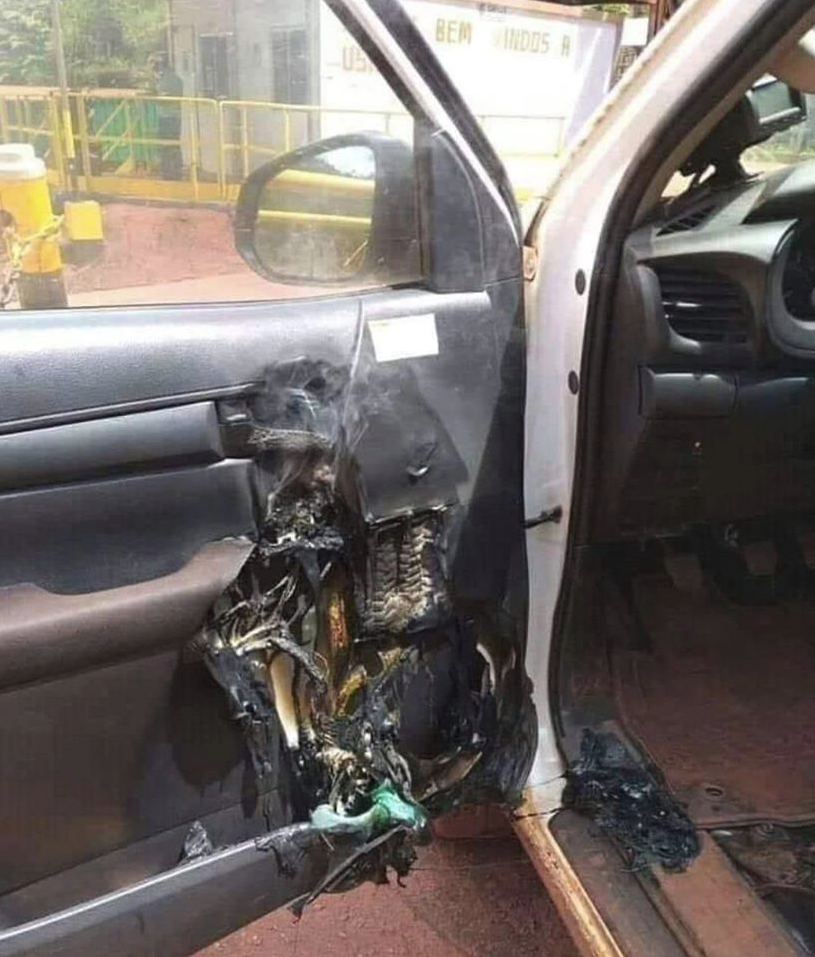