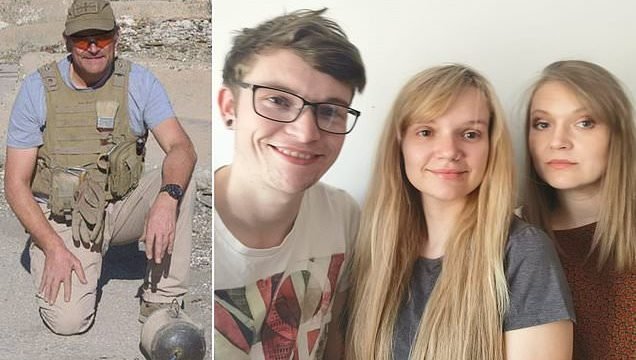 Family’s agony after British bomb disposal expert, 59, was killed by an IED in Syria and his legs ‘left to be eaten by rats’ when only parts of his body were sent home

The children of a bomb disposal expert killed in a blast in Syria last year have expressed anger at the state in which their father’s body was returned to them.

Andy Jones, 59, was working disarming bombs left by ISIS and Syrian forces last October when he was killed by a live missile which was wedged in the ceiling of a building in Raqqa.

His three children, Leigh, 31, Karl, 27, and Lucy, 26, are upset at the lack of information they received from his employer, US private firm Tetra Tech, and the incomplete body which was returned to them.

They were informed the father’s body was intact and bought a suit and shoes for him to be buried in. But they later discover his legs had been blown off in the blast and the fingers from his right hand were also missing. 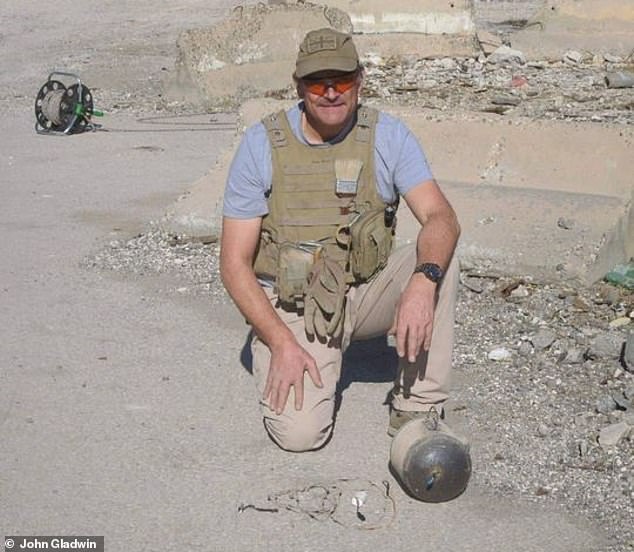 Andy Jones, one of Britain’s most experienced bomb disposal experts, was killed in Syria

Karl, from Penyffordd, Wales, said: ‘His legs and fingers have not been recovered but were left to be eaten by rats and stray dogs.

‘We also learnt that he was transported to Iraq completely naked with no respect at all for his dignity.’

The siblings say they have be told little about the circumstances of their father’s death, and only managed to find out some of the details from witness statements given to the UK coroner.

Karl told the Liverpool Echo: ‘Despite verbal assurances from Tetra Tech’s family liaison officer that we would have a written incident report within two weeks of the incident happening, we still had nothing.

‘The only account we have is from a witness statement that we obtained ourselves by request, through the coroner’s office.’

Terms and conditions in Mr Jones contract mean they are not entitled to a large payment he thought they would get if he was killed. 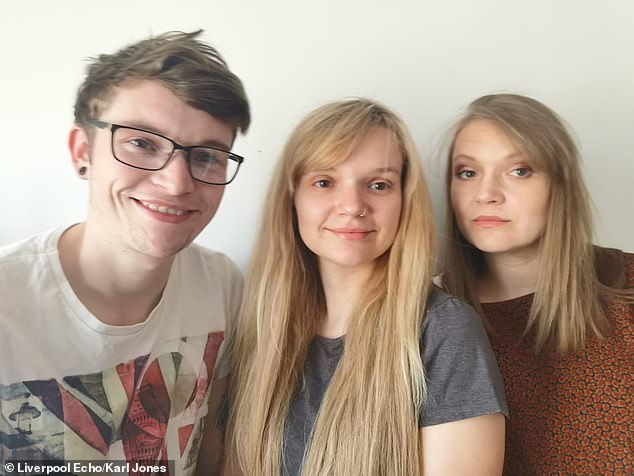 His children Karl,  Lucy, and Leigh, are angry at the state his body was returned to them in

Mr Jones was working as a humanitarian in Raqqa, working to clean up the city so locals could move back after the city was liberated from ISIS.

He had previously worked in Iraq and Northern Ireland and his family described him as a ‘hard-working hero’.

During a 40-year career in the Royal Army Ordnance Corps, he completed two tours of duty in Northern Ireland.

Following actions in 1990, was awarded a Queen’s Commendation for Brave Conduct.

Since leaving the Army, he had worked in Oman, Kuwait, Kurdistan, the Congo, South Sudan, Mozambique, Iraq and Afghanistan training others to disarm mines.

Tetra Tech have declined to comment. An inquest will be held later this year. 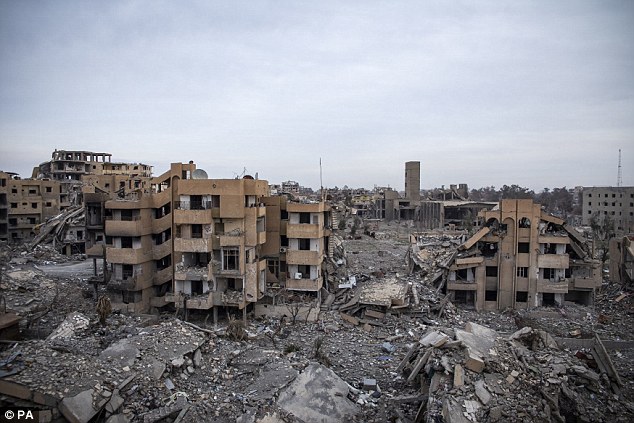 Mr Jones was working in Raqqa, which was the de-facto capital for ISIS until it fell in 2017