Friend of woman missing from yacht in Virgin Islands speaks out

Andrew Baldwin asks for the search for his friend, Sarm Heslop, to be treated with the ‘utmost immediacy and severity.’

The family and friends of Sarm Heslop, a 41-year-old British woman who disappeared from a boat anchored in the U.S. Virgin Islands nearly two weeks ago, are pushing for police to search the 47-foot catamaran after it was revealed that her American boyfriend, Ryan Bane, has acquired a lawyer and is not answering questions or making the boat available to investigators.

“Given that they lived on the boat, and that she’s gone missing on the boat, that’s a natural place for the police to search, and I just don’t understand why Ryan won’t allow that to happen to find Sarm. I don’t get it,” Andrew Baldwin, a close friend of Heslop’s, told Fox News Saturday. “That’s the frustration more than anything else.”

Heslop’s family said they “would like assurance” that authorities “are doing everything possible to find her,” including “a comprehensive fingertip search of the boat.” 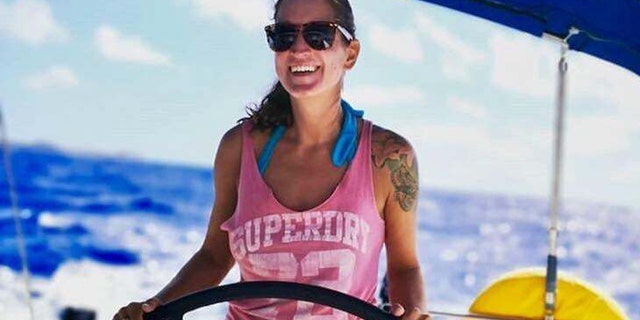 Sarm Heslop was last seen on Ryan Bane’s boat on the evening of Mar. 7 in the U.S. Virgin Islands.

Bane and Heslop returned to the boat after dinner around 10 p.m. on Mar. 7. Bane discovered she was missing around 2:30 a.m. on Mar. 8, then called 911 and “traveled to meet members of the VIPD to give a statement regarding Sarm,” according to his lawyer, David Cattie.

Bane was instructed by VIPD officers to call the U.S. Coast Guard, which he did shortly before noon on Mar. 8.

According to Bane’s lawyer, “multiple USCG officers boarded the vessel and interviewed Mr. Bane on the vessel.” According to the VIPD, the “Coast Guard conducted a search of the vessel for Ms. Heslop later that morning.”

Baldwin noted that it is unclear if the Coast Guard just “looked around the boat” or did a full “fingertip police investigation.”

The Coast Guard searched the shoreline, nearby islands, and all the waters around the boat, but could not confirm that any Guardsmen ever went onboard Bane’s boat.

“I’m not aware of any Coast Guard assets having gone onboard,” Ricardo Castrodad, a U.S. Coast Guard spokesman, told Fox News Saturday. “I’m sure that they may have spoken to Mr. Bane from the vessel but I don’t have [an] indication if we actually went onboard or not.” 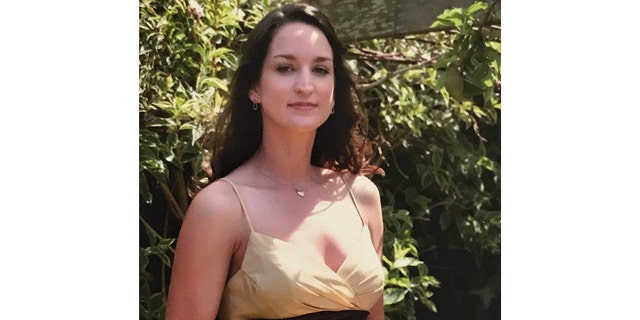 The VIPD now says that Bane is not answering questions and will not allow police to search the boat.

“Soon after reporting Ms. Heslop missing, Mr. Bane acquired the services of an attorney,” a VIPD spokesperson said Friday. “Upon his attorney’s advice, Mr. Bane exercised his constitutional right to remain silent and denied officers’ requests to search the vessel.”

Bane turned Heslop’s belongings, including her phone and passport, over to the Coast Guard.

“We have heard that Sarm’s phone, passport and all belongings were left on the boat, where she was living with Mr Bane,” Baldwin said Saturday. “She would not just disappear, leaving no trace. She is savvy and sensible, it’s not like her at all, it just doesn’t add up.” 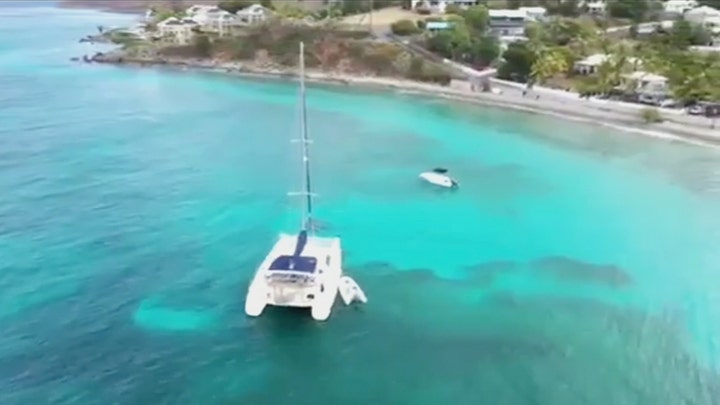 The boat was anchored in Frank Bay roughly 50 yards offshore at the time of Heslop’s disappearance.

Drone footage of the boat shows it in relatively shallow water, which Baldwin said was approximately 11 feet.

Baldwin also noted that Heslop was used to boats, having ventured across the Atlantic Ocean in January of 2020 and sailing around the Caribbean for six months.

The VIPD is continuing the search for Heslop as time closes in on two weeks since her disappearance.