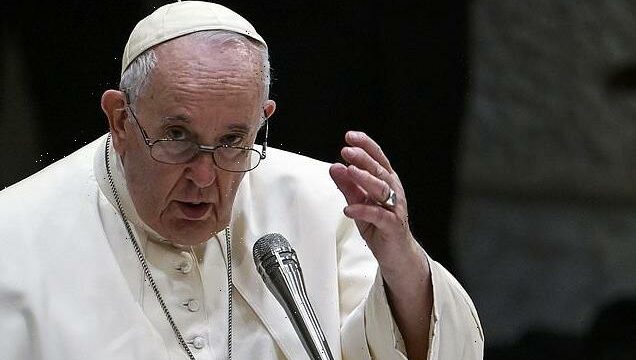 The Vatican has ‘apologised’ to Russia for a comment from the Pope saying that their troops were the ‘cruellest’ fighters in Ukraine.

Russia said on Thursday it had received the apology over Pope Francis’ comments last month that Russian soldiers from some ethnic minority groups were the ‘cruellest’ fighters in the Ukraine conflict.

At a briefing in Moscow, Foreign Ministry spokeswoman Maria Zakharova said Russia now considered the matter closed and hoped for a constructive dialogue between Russia and the Vatican.

The Pope, 85, made the comments about the Chechens and Buryats while speaking in an interview with Jesuit magazine America on November 22. 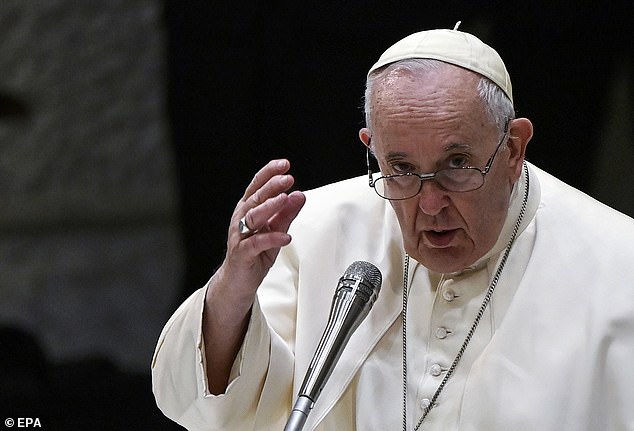 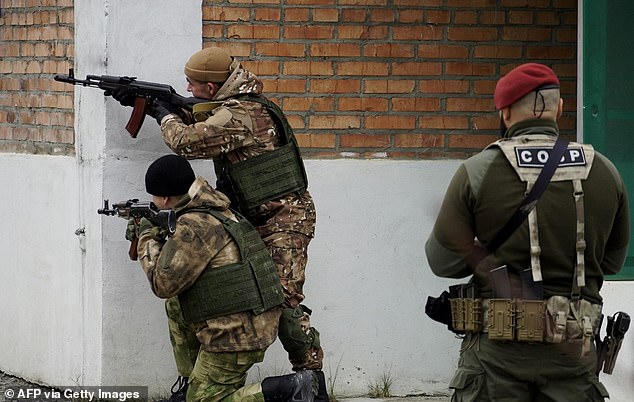 He said: ‘The cruelest are perhaps those who are of Russia but are not of the Russian tradition, such as the Chechens, the Buryats and so on.

‘I speak of a people who are martyred. If you have a martyred people, you have someone who martyrs them.’

The Chechens originate from Chechnya in the south of Russia, while the Buryats are an ethnic group from east Siberia.

Ramzan Kadyrov, the leader of the Chechen region, is pro-Kremlin and supportive of Russia’s war on Ukraine, allegedly having even sent his sons into battle, said CNN.

Zakharova spoke out for the Russian troops on her Telegram channel: ‘We are one family with Buryats, Chechens and other representatives of our multinational and multi-confessional country.

‘And together we will definitely pray for the Holy See, each in his own way.’

The invasion has caused tensions between the catholic leader and Patriarch Krill, who is head of the orthodox church in Russia and two official meetings between them have been cancelled since war broke out. 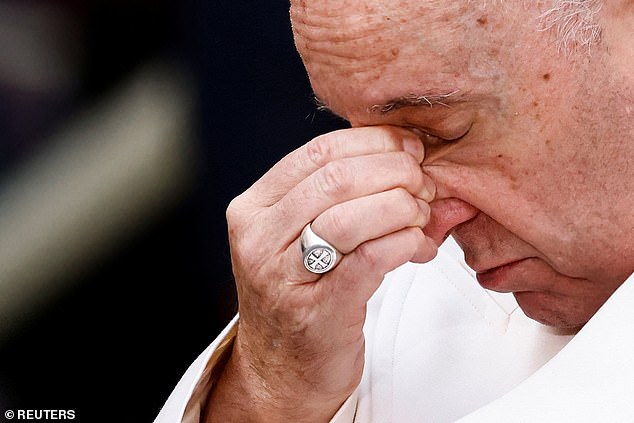 Pope Francis struggled to speak on Thursday as he was overcome with emotion while praying for peace in Ukraine (pictured), before a crowd cheered him on to finish

Last Thursday the Pope struggled to speak as he was overcome with emotion while praying for peace in Ukraine.

Appearing near the Spanish Steps in the centre of Rome during an annual Christmas visit to venerate a statue of the Virgin Mary, Francis leaned over and choked up, unable to speak precisely as he arrived at the part of the prayer.

He said: ‘I would have liked to have brought you the thanks of the Ukrainian people -‘

After a long pause of 30 seconds, Francis continued the prayer, picking up from where he left off: ‘- the Ukrainian people for the peace we have so long asked the Lord.’ When he resumed the prayer, his voice was cracking.

And speaking at Mass earlier this week, he warned of even darker times ahead for humanity.

At a Mass at the Vatican, the Pope said on Sunday that he has a dire vision for the world with ‘omens of even greater destruction and desolation’.