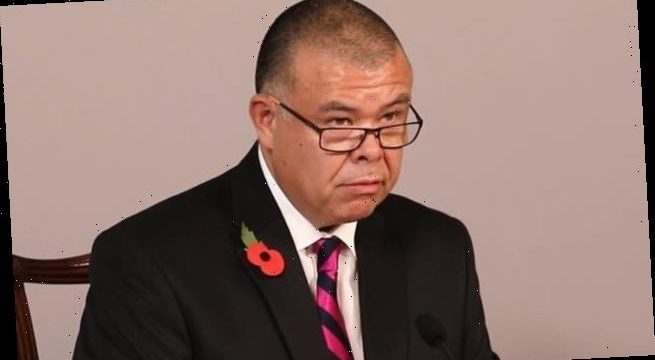 Professor’s Jonathan Van-Tam’s ‘mum test’ won’t be enough to convince everyone to get a Covid jab, expert warns

But, in an editorial in the Drug and Therapeutics Bulletin (DTB) today, David Phizackerley said many Britons ‘will want to base their decision on more than press releases and the ‘mum test’.

Mr Phizackerley, deputy editor of the DTB, said many Britons will want to have clear, balanced information on vaccination risks and benefits before feeling confident about taking them.

He warned the risks, side effects and unknown aspects of the vaccines had been drowned out by the ‘enthusiastic’ coverage by media and politicians.

Britain is revving up to start administering thousands of jabs a day as soon as one is given approval by the medical regulator, which could be within days.

The UK has put in orders for early access to 357million doses of seven coronavirus vaccines, with hopes of vaccinating the most vulnerable groups by the end of 2020.

But a major study in September suggested one in five adults in the UK would refuse a vaccine, with the most common reason being concerns over their safety. 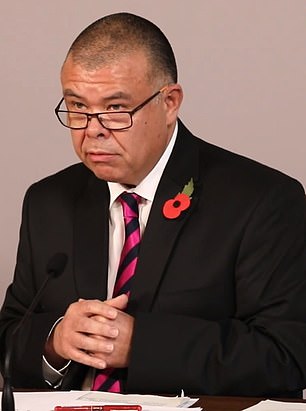 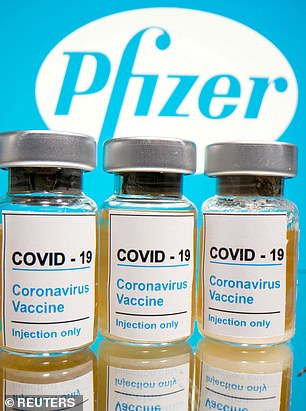 Professor Jonathan Van-Tam (left) attempted to reassure people about jabs last month by claiming he’d encouraged his elderly mother to get inoculated. Pfizer’s vaccine is likely to be the first approved Covid jab in Britain

Mr Phizackerley writes: ‘Willingness to receive a vaccine is affected by factors such as complacency, convenience and confidence.

‘Issues that influence vaccine uptake include concerns over adverse effects, negative messages on social and mainstream media, access to vaccination services, and the actions of health professionals, peers and communities.

Britain is revving up to start administering thousands of jabs a day as soon as one is given approval by the medical regulator, which could be within days.

To be fit for purpose, many GP practices will need to hire extra staff, install special fridges to keep the vaccines stored at ultra-low temperatures and reconfigure surgeries to cope with the flow of patients while maintaining social distancing.

A letter from the Doctors’ Association UK (DAUK) GP committee to Matt Hancock has demanded surgeries be paid up front for the extra costs of delivering the jabs.

The threat comes after GPs accused the Government of being slow to reimburse them for emergency measures such as PPE and perspex screens during the first wave.

The British Medical Association (BMA) has struck a deal on behalf of GPs to dispense the vaccines, though it sill remains for practices, which are private businesses, to sign up to the contract individually.

The DAUK letter, seen by The Telegraph, warns: ‘This is a huge undertaking and poses a significant financial risk to primary care, who will have to shoulder the financial burden.

‘We cannot ask this of GPs when so much is at stake nationally … There needs to be a higher fee to acknowledge the huge ask and realistic costs of this programme.’

NHS bosses remain confident that enough practices will sign up to deliver the inoculation programme.

Health Secretary Matt Hancock promised the NHS would be ready to start dishing out the jabs from today, but the health service is still waiting on a vaccine being approved.

At least £170million will be spent on transforming GP surgeries, pharmacies and other locations into vaccination hubs.

‘Interventions to maximise vaccine uptake rates include those that address peoples’ thoughts, feelings and social interactions as well as those that facilitate the vaccination process.

‘Face-to-face provision of clear, balanced information on vaccination risks and benefits by healthcare professionals has been shown to have an impact on uptake.’

He adds: ‘While some people may not be interested in this level of detail, others will want to base their decision on more than press releases and the “mum test”.

‘Healthcare professionals must be ready to explain what the evidence says.

‘Policymakers, vaccine experts, statisticians and healthcare professionals who are independent of the vaccine manufacturers need to respond quickly to provide high-quality accessible information and decision aids—in a wide range of formats and languages—before the vaccines are made available.’

So far the full data on the three most promising vaccines – made by Oxford University and American firms Pfizer and Moderna – have not been published.

Promising results from all three vaccine trials have only been disclosed in limited press releases.

The full data is being sent to Britain’s independent medical regulator, which will pore over the studies to decide if they were thorough enough and proved beyond doubt the jabs are safe and effective.

Professor Van Tam last month claimed he would be ‘at the front of the queue’ to take a Covid vaccine if he were eligible in a bid to reassure Brits about their safety.

The deputy CMO also claimed he’d encouraged his 78-year-old mother to be ready to take the jab as soon as she’s offered it.

Asked whether high-profile Government figures such as himself or the Prime Minister should take a vaccine first to prove to the public it is safe, Professor Van-Tam said: ‘If I could, rightly and morally, be at the very front of the queue, then I would do so because I absolutely trust the judgment of the MHRA on safety and efficacy.

‘But that clearly isn’t right; we have to target the most highest risk individuals in society and that is how it should be in terms of our system.

‘If I could be at the front of the queue, then I would be. I think the ‘mum test’ is very important here.

‘My mum is 78, she will be 79 shortly, and I have already said to her ‘”Mum, make sure when you are called you are ready, be ready to take this up, this is really important for you because of your age”.’

Hospitals in England have been told to prepare for the rollout of a Covid vaccine within a week, with NHS staff first in line to receive it.

Trusts could receive the first deliveries of the vaccine created by Pfizer/BioNTech between December 7 and December 9, according to reports.

But this timeframe will depend on if and when the jab is approved by the Medicines and Healthcare products Regulatory Agency (MHRA).

Pfizer’s jab – shown to be 95 per cent effective – was the first to be sent to the UK’s medical regulator for approval last month.

So far, no date has been confirmed by NHS England for the rollout of the jab as there are still several steps to go through – including MHRA approval.

However, it is also understood that 10 days would be a reasonable time frame should the vaccine be approved soon.

On November 20, the Health Secretary said he had formally asked the medicines regulator to assess the Pfizer/BioNTech vaccine for use in the UK.

Matt Hancock hailed it as ‘another important step forward in tackling this pandemic’.

But he said while the regulator’s approval would see a rollout ready to start next month, there is ‘still a long way to go’.

From the moment the Pfizer vaccine leaves the factory in Belgium it can only be taken out of minus 70C four times before it is injected into a patient’s arm – posing a logistical nightmare because it means it can only be stored in select hospitals or sites with special fridges.

Interim guidance from the Joint Committee on Vaccination and Immunisation (JCVI) prioritised older care home residents before health and social care workers, who were on equal footing with the over-80s.

However, the JCVI’s guidance also stated the final decision on how health and social care workers would be prioritised would depend on the vaccine’s characteristics.

The UK has also ordered 100 million doses of a vaccine from AstraZeneca and Oxford University, which does not need to be kept at such low temperatures.

The Oxford jab has also been sent to the MHRA for approval. Senior health officials previously said GPs in England will be given 10 days’ notice before any Covid vaccine rollout begins.