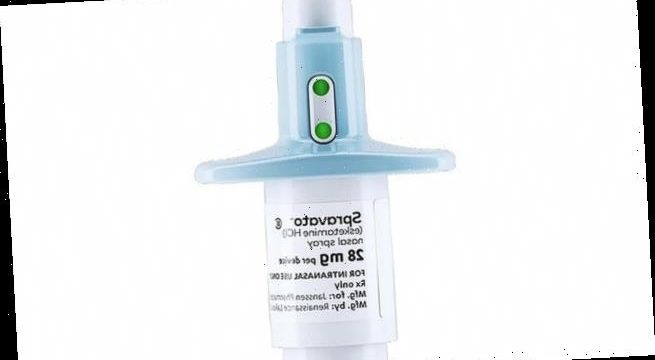 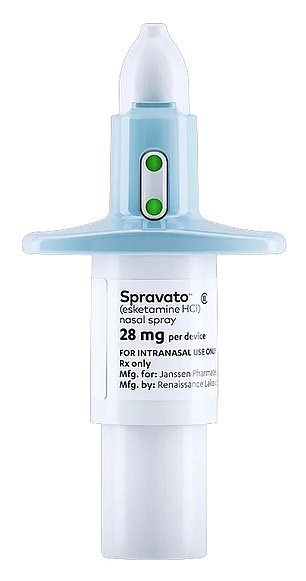 An antidepressant nasal spray derived from the party drug ketamine has been approved by US health chiefs to treat suicidal people.

Spravato — made by American pharmaceutical and consumer giant Johnson and Johnson — was last night given the green light by the Food and Drug Administration (FDA).

The decision means doctors across America will now be able to dish out the treatment to patients with suicidal thoughts.

The spray could be a lifesaver for the estimated 2million people in the US who suffer suicidal thoughts, because traditional antidepressants can take weeks to kick in.

The fast-acting spray is made from esketamine, a chemical cousin of the ketamine, which has been used as an anaethetic and post traumatic stress drug since the early 20th century.

Thanks to its psychedelic effects, ketamine’s popularity has recently shifted to club culture, where it is widely known by its street name Special K. Esketamine is said to differ slightly from ketamine because it targets the brain’s glutamane system with more precision, which is responsible for cognition and emotion.

It comes as the US grapples with a suicide crisis that has seen rates increase by more than a third in the last two decades. Nearly 50,000 Americans now take their own lives each year.

There is growing fear that more Americans will plunge into depression in the wake of Covid-19 and the economic fallout that proceeds it.

Spravato was approved after passing two phase 3 clinical trials which showed a significant and rapid reduction in depressive symptoms within 24 hours. Previous studies have shown its effects start to kick in between four and five hours.

Forty-two per cent of those treated with the nasal spray were cured of their depression within a month, compared with 30 per cent in the placebo group.

Michelle Kramer, vice president of Johnson & Johnson’s US neuroscience medical affairs unit, said: ‘Relatively rapidly within a few weeks we saw the numbers stabilise, which was pretty interesting for us and validating in the sense that clinics and patients alike were continuing to make this available.

Spravato is close in its chemical makeup to the anaesthetic ketamine, which has been shown to have some depression-curing effects itself in small doses.

Ketamine is legally used as a horse tranquilliser and an anaesthetic in emergency departments and battlefields because it rapidly induces a trance-like state – called dissociation.

Esketamine is different from existing antidepressants that target the ‘happy’ brain chemicals seratonin or norepinepherine.

Esketamine acts on the glutamate system, a complex web of receptors responsible for cognition and emotion. Scientists still aren’t exactly sure why it works so quickly.

America has been struggling to prevent suicide rates from increasing since before the coronavirus pandemic, with the rate rising 30 per cent from 1999 to 2016.

Covid-19 Closures of medical centres has meant that the number of people being given Spravato has been limited.