UK coronavirus cases today rose by 23,254 – the highest daily spike ever recorded on a Sunday.

Another 162 deaths were confirmed, bringing the total number of Covid fatalities in Britain to 46,717. 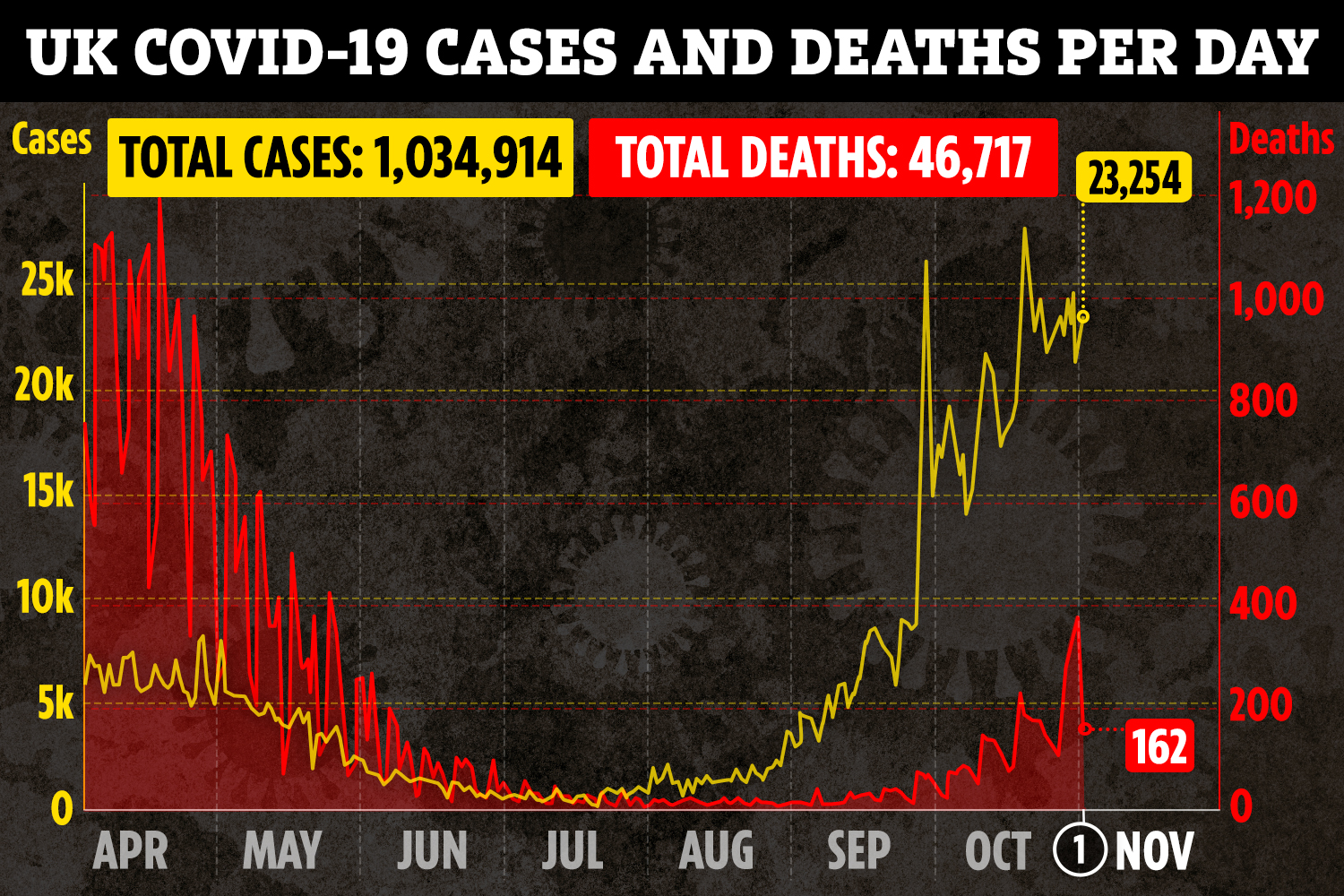 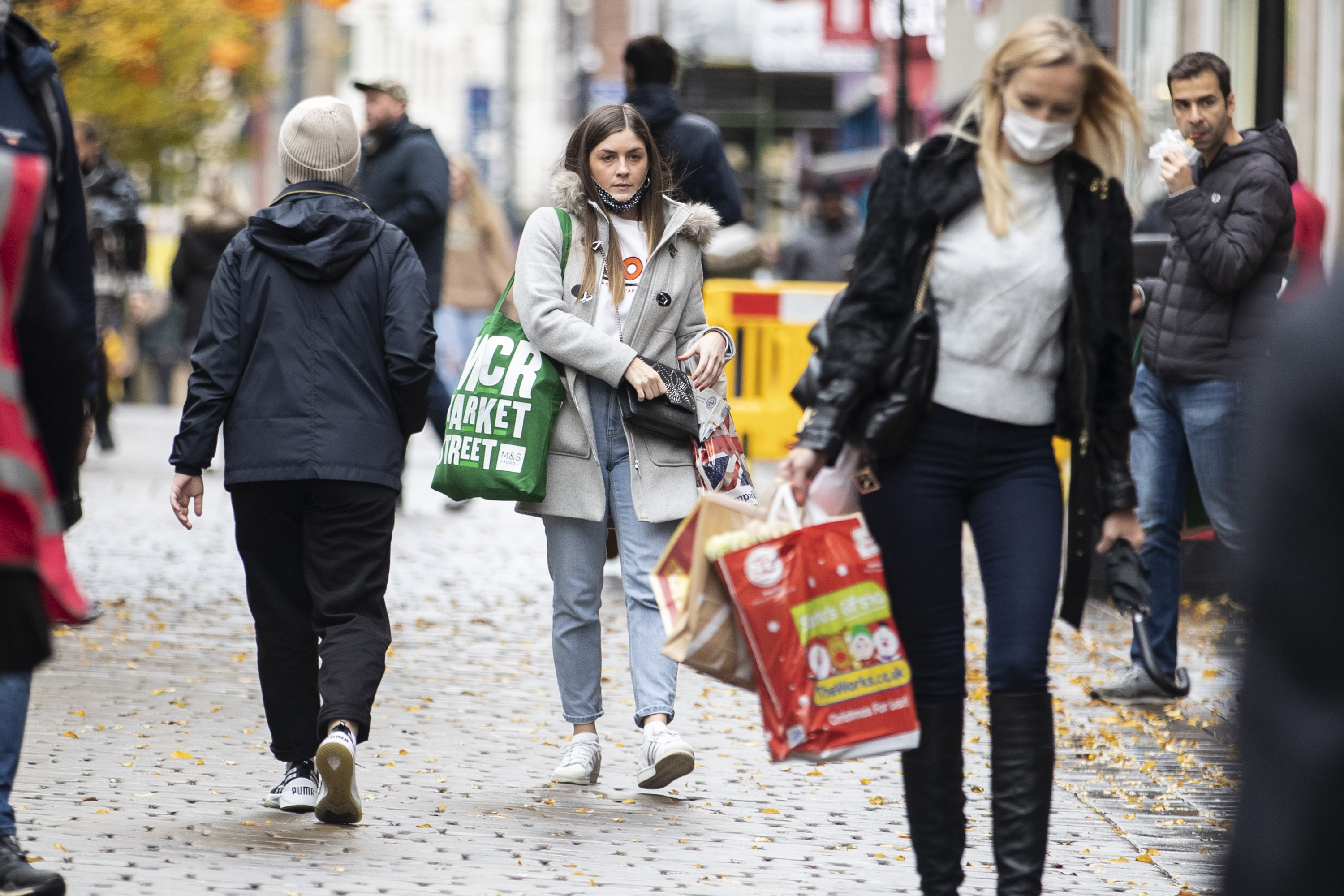 It means 1,034,914 have now tested positive for coronavirus in the UK – after the figure passed a grim milestone of 1million yesterday.

Today's rise in infections is greater than it was last Sunday, when 19,790 new cases were confirmed.

It is also higher than the Sunday before that (16,982) and any other Sunday since the pandemic began.

Today's rise in deaths, however, is smaller than it was last Sunday, when 254 fatalities were logged.

In England, a further 137 deaths were confirmed, bringing the total number of coronavirus fatalities in English hospitals to 32,992.

The patients, who died between October 18 and October 31, were aged between 45 and 103 years old – and all except five had underlying health conditions.

In Wales, 16 more deaths were confirmed today, along with 819 more cases.

It brings the total number of fatalities in Wales to 1,888, while 51,691 have tested positive for the bug.

Another 1,148 new cases were reported in Scotland today, along with six new deaths.

It comes after Boris Johnson last night ordered the country to "stay at home" for four weeks from Thursday in a fresh bid to "protect the NHS and save lives".

The PM was forced to back down from his initial refusal to go into a second lockdown after experts feared 50,000 Brits are becoming infected with the bug daily.

People will only be able to leave home for essential reasons – and the nation's pubs, restaurants and shops will have to shut for four weeks.

Hairdressers, leisure centres, nail bars, cafes, restaurants and most indoor activities will also have to shut.

But for businesses forced to shut, the furlough scheme will carry on.

Professor Chris Whitty and Patrick Vallance last night warned the nation that coronavirus death numbers could pass the first peak as early as the start of December.

And they said the number of deaths in the second wave could be double that of the first.

The PM admitted Christmas is set to be very different as a result, with the pandemic likely to have a huge effect on people's celebrations.

In a further blow, Michael Gove this morning warned that the R rate will need to fall below 1 before the strict new measures are lifted – meaning Christmas plans could be impacted.

When asked if the new lockdown could be longer than the one in the spring, Sir Mark said: "It's obviously a possibility, yes and the only way to know is going to be to really count cases as accurately as possible."

On whether people should expect to be able to gather at Christmas, he said: "I think the virus is sublimely indifferent as to what day of the week it is and indeed whether it's Christmas or any other festivals, so it does seem a bit unlikely that it's going to be a completely normal Christmas, that's for sure."

The Prime Minister warned without action to tackle the virus "we could see deaths running at several thousand a day".

He said hospitals would run out of capacity within weeks and doctors forced to choose between "who would live and who would die". 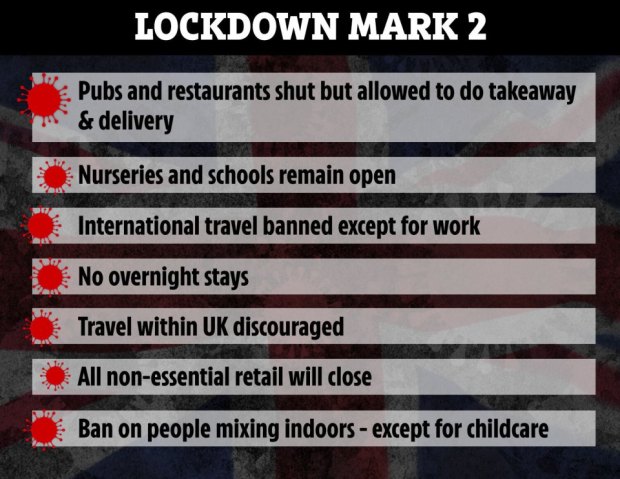 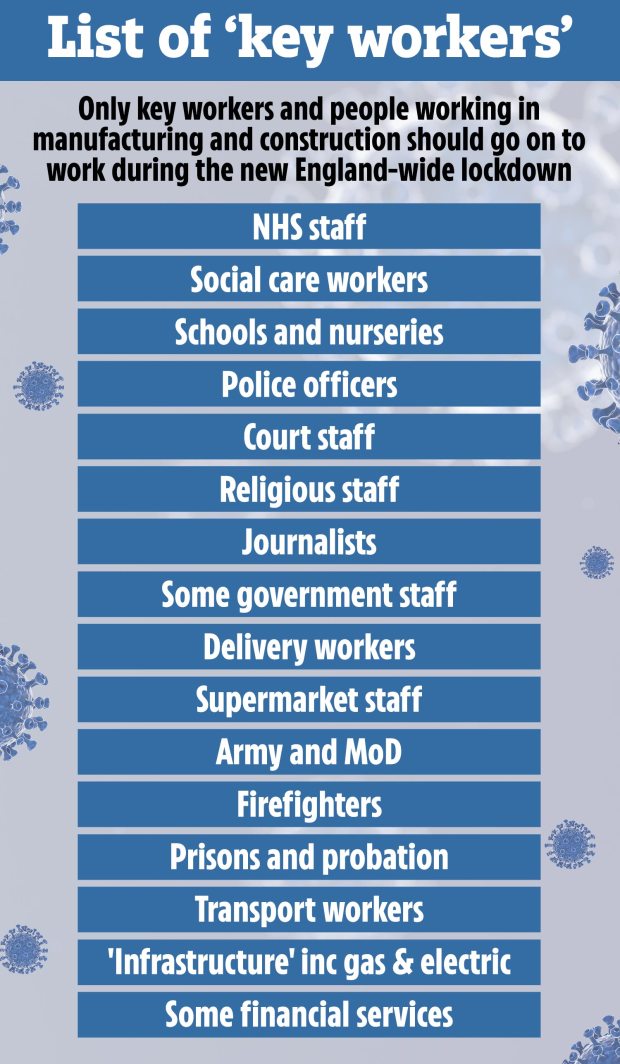