Some of Victoria’s most marginalised citizens are being caught up in an ugly turf war between rival groups of disability accommodation and support businesses that are competing for the right to access their lucrative funding packages under the National Disability Insurance Scheme.

Amid allegations of abuse and disability accommodation residents being taken in the night to homes run by rival providers, an Age investigation has found the NDIS has spawned a poorly regulated “pop-up” accommodation industry, especially in outer Melbourne. 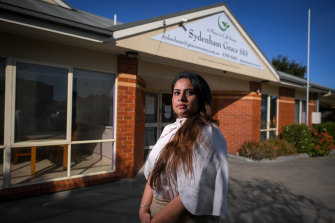 Federal and state governments pay NDIS businesses to provide services such as assisting with daily personal tasks, outings, transport and skills development to people with NDIS packages, which can be worth more than $100,000 per year. Some live in state-regulated but privately run supported residential services that house several-thousand Victorians with disabilities and mental illness.

Parvinder Kaur is the manager of two supported residential services, Sydenham Grace and Meadowbrook in Melbourne’s outer north-west, and is also the owner of Grace Disability Services, which provides NDIS-funded support to people with disabilities at hers and other facilities.

Ms Kaur has alleged that a rival NDIS service provider led by western suburbs-based disability entrepreneur Khawaja Haroon enticed her residents to relocate to his group’s accommodation. She said that this year Mr Haroon and his colleagues had regularly visited her facilities to try to lure her residents away or to move them, in one case at 2.30am. 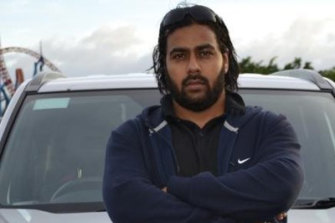 In another case, she said, Mr Haroon’s colleagues packed one of her residents into a car and left without his medical records. “It was daylight robbery,” Ms Kaur told The Age.

Mr Haroon is a central figure in a group of disability support businesses. He and his colleagues also manage a number of private suburban houses where people with disabilities live.

In a written statement he said he offered accommodation to vulnerable people “who would otherwise be left on the street or are leaving care where they are abused”.

Mr Haroon said the residents in question had moved voluntarily and that the first to relocate had contacted him seeking to change service providers.

“It is now well known by the participants of Grace [Disability Services] that Khawaja Haroon is the saviour when it comes to seeking someone who can stand up and take them out of the vicious cycle of abuse,” he said in a statement.

Mr Haroon also denied enticing residents out of the facilities of his rivals. “We stand up for the rights of the participants against people who act like goons in the industry.”

He alleged that at Ms Kaur’s facilities, one resident was abused for trying to change NDIS service providers, and others complained about “frozen food, lack of hygiene, poor management and controlling behaviours”.

Mr Haroon said that in July, after one former Grace Disability Services resident relocated to one of his houses, four Grace staff arrived to “take participants from our premises”.

Ms Kaur denied all the allegations.

The feud comes as Victoria’s disability watchdog, the Office of the Public Advocate and the Mental Health Legal Centre have separately raised with federal and state authorities concerns that some clients in supported residential services are being exploited for their NDIS packages. 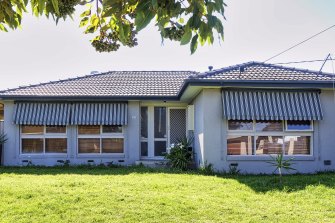 “It is clear that many of these clients are extremely vulnerable, some are missing, some are being coerced and threatened and many are living in conditions and circumstances that are unacceptable to us,” Mental Health Legal Centre chief executive Charlotte Jones said in a letter to the state government in July.

“There needs to be a co-ordinated effort that will involve following the money and turnover of these operations.”

The Office of the Public Advocate and the Mental Health Legal Centre have both referred concerns about supported residential services to the NDIS Quality and Safeguards Commission. The commission told The Age it takes all complaints it receives seriously. 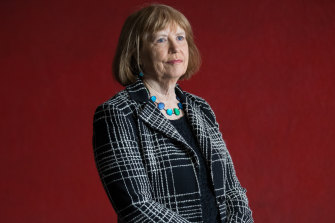 “To respect individuals and their privacy, we do not comment on individual matters,” a commission spokesperson said.

The Victorian Department of Families, Fairness and Housing said it had met with Mental Health Legal Centre chief executive Ms Jones and that “the matter is under investigation”.

A spokesman said concerns specific to the conduct of NDIS-registered providers had been referred to the NDIS Quality and Safeguards Commission.

On Friday, legislation passed in the State Parliament to establish a new social services regulator. Disability Minister Luke Donnellan said new stronger powers would give the regulator more tools to “take action when providers are not doing the right thing by their clients”.

Victorian Public Advocate Colleen Pearce has warned that NDIS participants are increasingly seen by some providers as a “business opportunity”, and were being moved out of supported residential services and into a new form of “pop-up” accommodation that fell outside the state regulatory system.

Dr Pearce said she had investigated cases in recent weeks in which people had left supported residential services and moved to private properties amid allegations of either coercion or inducements including drugs or cash.

“There is no routine on-the-ground inspections of these pop-up facilities from any level of government,” she said.

“There is no one checking on what is happening to vulnerable people.”