Two men have faced court charged with home invasion offences after an alleged aggravated burglary in Melbourne’s west in which a mother and father received injuries while their two young children were in the home.

Police believe two men broke into a home on Ladybird Drive in Point Cook at about 1.25am on Tuesday. 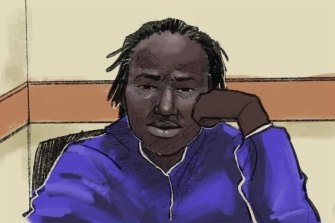 Arop Chol, 20, was also charged in relation to the incident and appeared in Melbourne Magistrates Court on Tuesday.