The claim was one in a 234-page stack of affidavits that White House press secretary Kayleigh McEnany showed off on Fox News on Tuesday night, as she laid out unsubstantiated fraud claims. 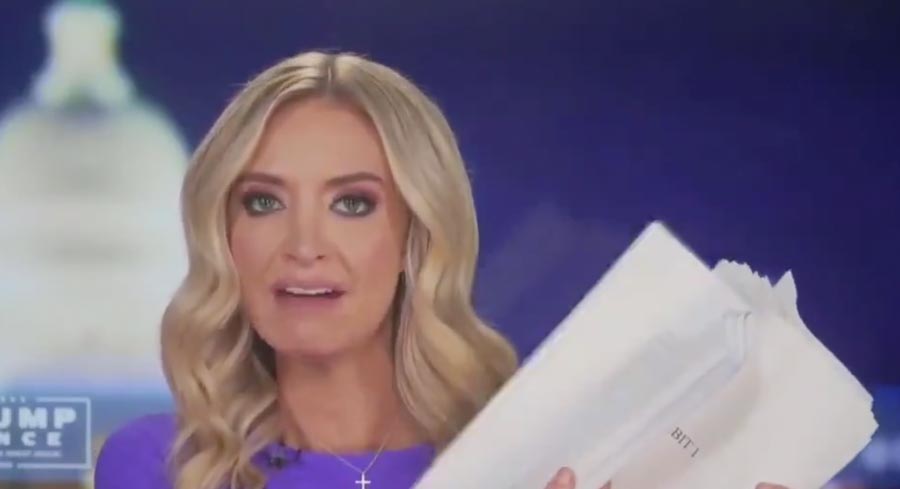 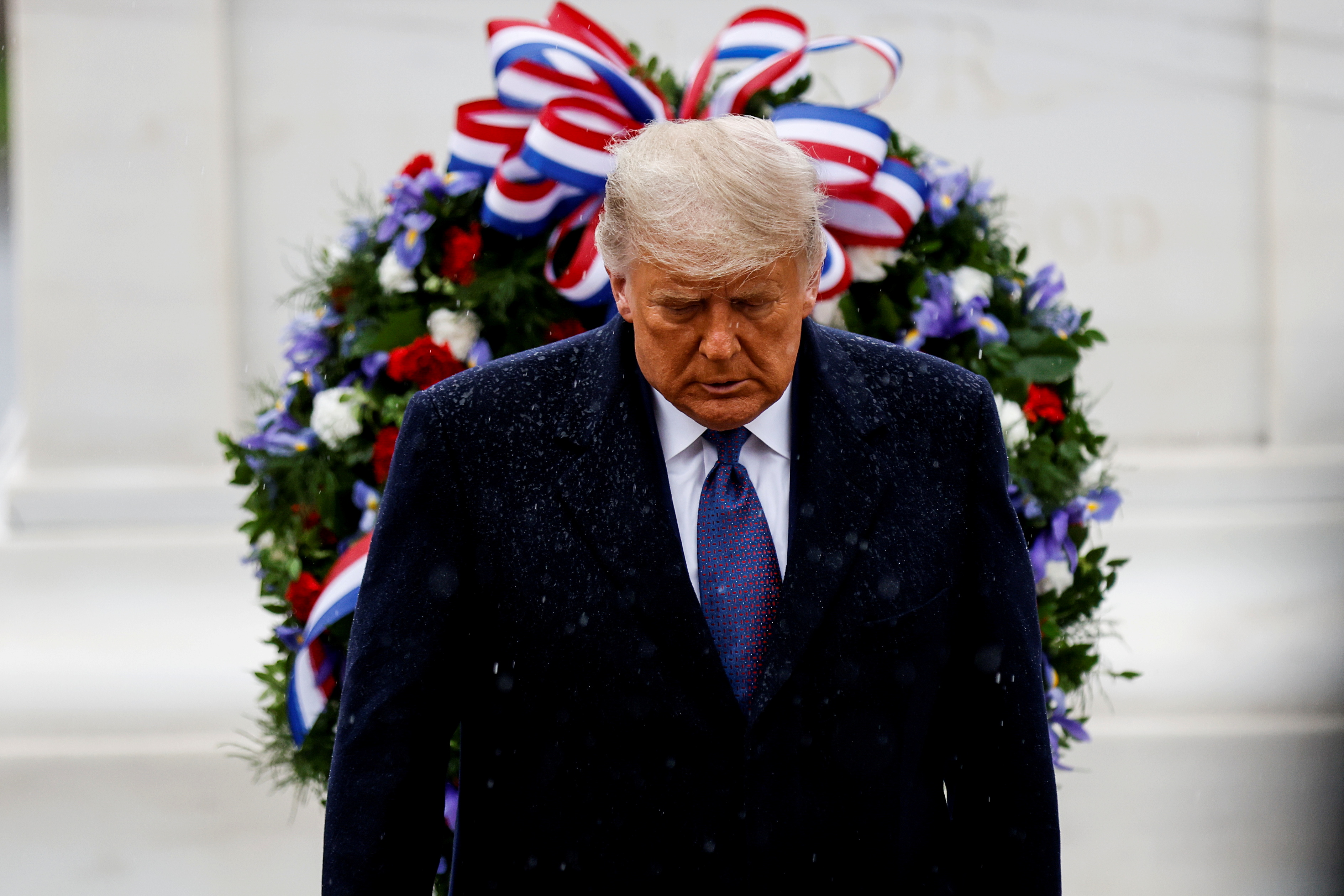 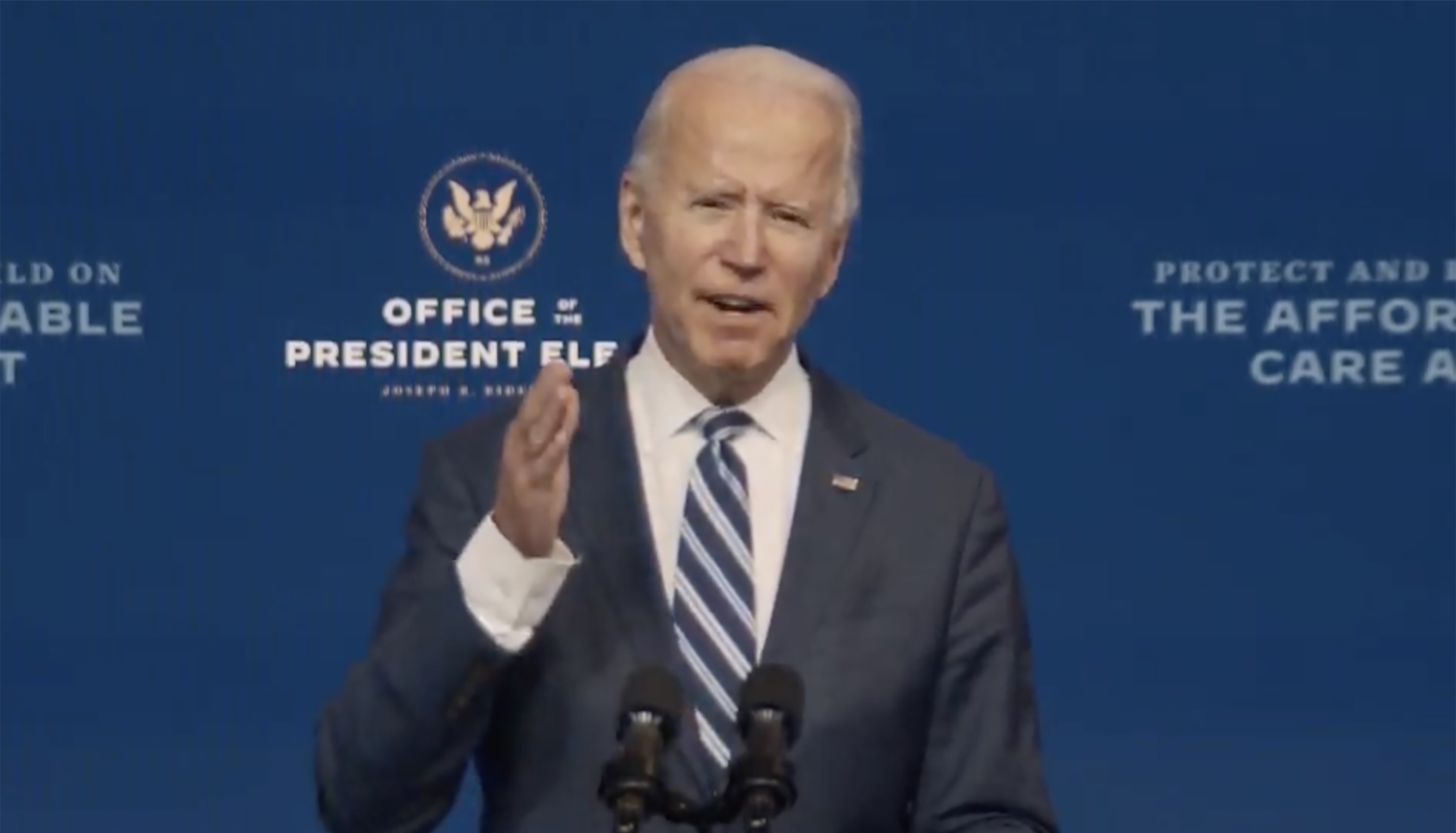 Trump and his campaign have made repeated baseless claims of voter fraud in the 2020 US Presidential Election, as Joe Biden swung a victory and was announced to become the 46th commander-in-chief.

McEnany claimed the dossier from workers in Detroit contains 11,000 incidents of voter fraud from witnesses, compiled in 500 affidavits.

Election officials across the country have said they've seen no evidence of voter fraud.

Many of the claims, shared by Reuters, allege that poll watchers could not get as close as they wanted to observe – but other claims are far more bizarre.

The affidavit claims: "it was evident that EVERY single one of the lawyers/law students that I talked to was ideologically far-left, supporting things like CHAZ/CHOP in Seattle and condoning the crime skyrocketing around the country or wanting to work in Brooklyn because they support 'progressive' changes to law to 'not prosecute rioters,' etc."

The document continued, claiming: "every time a GOP staffer was removed from the room, most of the entire room would erupt in cheers and laughter and oftentimes derogatory insults as GOP challengers were walked out by police." 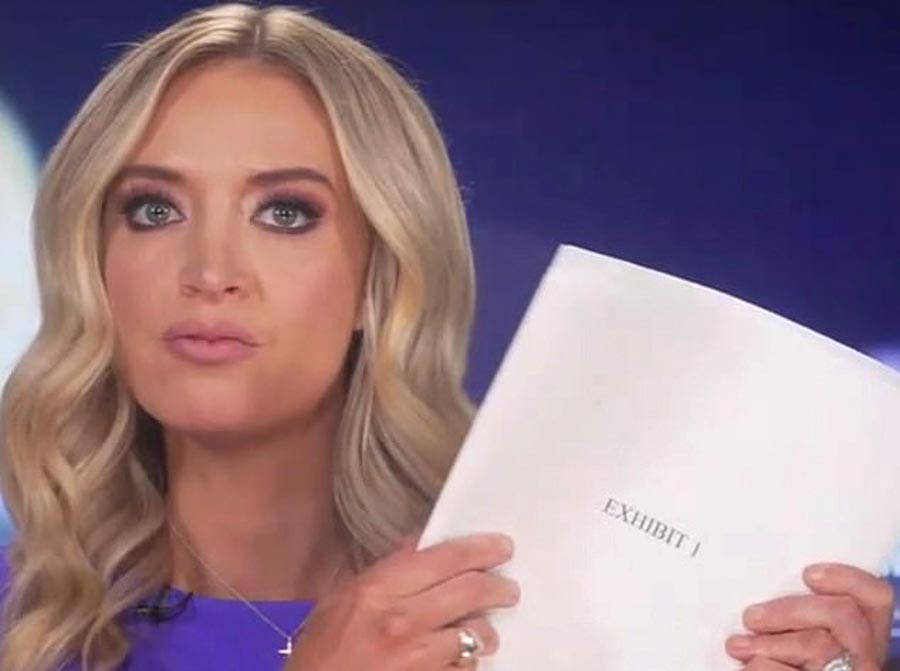 "Democrat volunteers were verbally aggressive with me," one claim stated.

It continued: "I was accused by a democrat volunteer of being part of a 'cult' for my support of Trump."

Other claims include that city or poll workers were seen wearing masks, shirts, or other items showing support for Black Lives Matter or other political issues.

In one claim, a watcher claimed they "saw GOP challengers at tables being thrown out."

"Poll workers were claiming they were being threatened when they challenged and the police would take them out," the document states.

It continues, claiming that "non-partisan" workers "stood and clapped and cheered" when Republican workers were removed – but that they did not see any Democratic workers being taken out.

In one claim, it's alleged that 27 ballots were counted more than once.

Another claim alleges that a ballot was "duplicated."

In one document, a worker stated they saw around 80percent of a batch of military ballots with Biden's name on them – and noted it "stuck out" because "I had always been told that military personnel tended to be more conservative."

A majority of the claims, however, merely make claims of watchers witnessing things where they were unsure of what was happening – but none of them allege fraud, Reuters reports.

In a report from The New York Times, election officials in every state were contacted – and there was no evidence of voter fraud found.

Despite a lack of evidence, Trump and his campaign have continued to make baseless claims surrounding election fraud.

Trump continues to claim he won the election.

"Nobody wants to report that Pennsylvania and Michigan didn’t allow our Poll Watchers and/or Vote Observers to Watch or Observe," Trump claimed in a tweet on Wednesday night.

"This is responsible for hundreds of thousands of votes that should not be allowed to count. Therefore, I easily win both states. Report the News!" he baselessly alleged.