DONALD Trump said he wants to have a physical fight with Joe Biden, as he said the former Vice President's "legs have gotten very thin."

Trump's comments came when speaking to supporters at a rally in Opa-Locka, Florida on Sunday night – after Biden made comments in 2018 saying he would have beat the president up in high school.

⚠️ Read our US election live blog for the latest news & updates 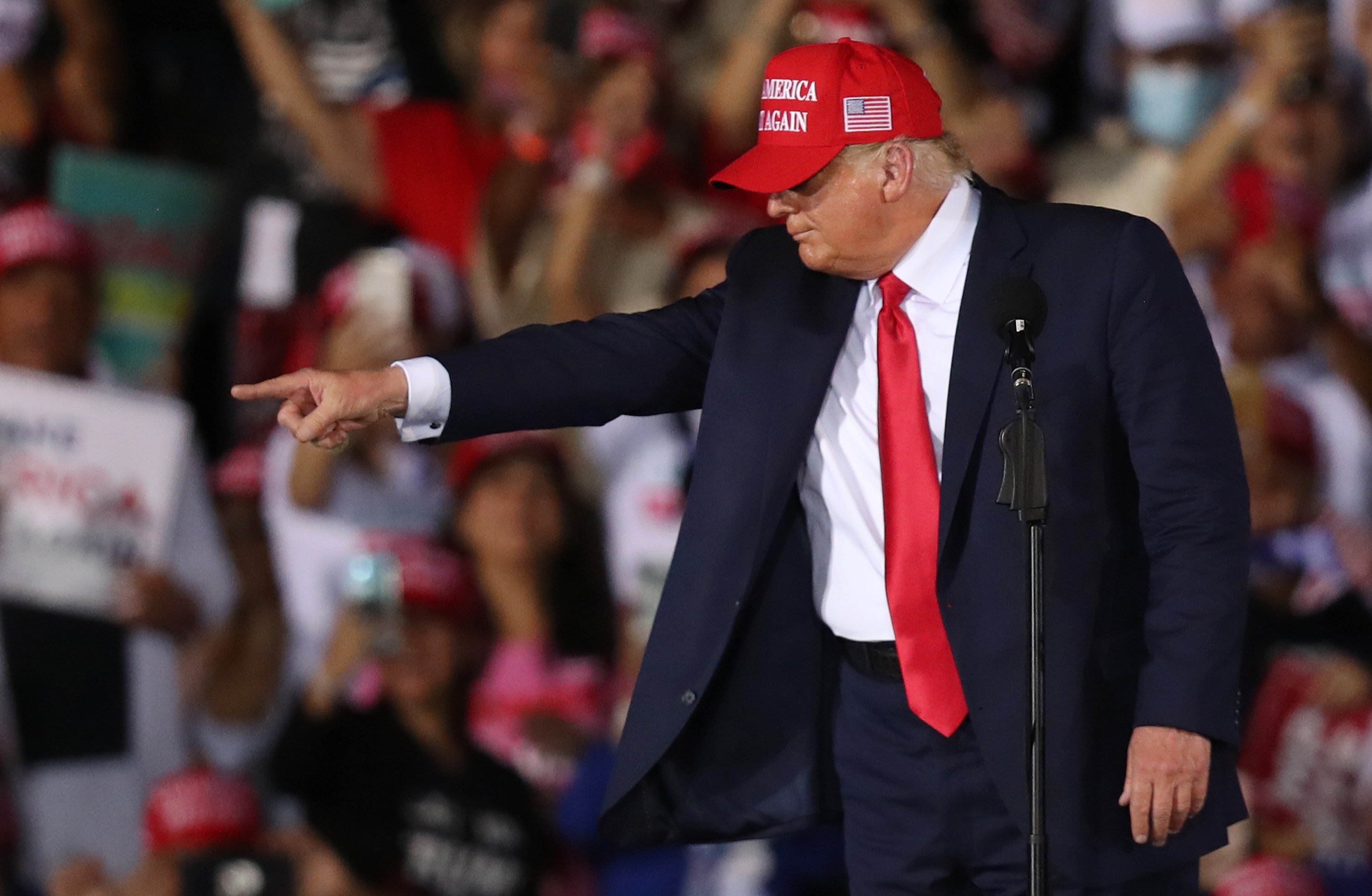 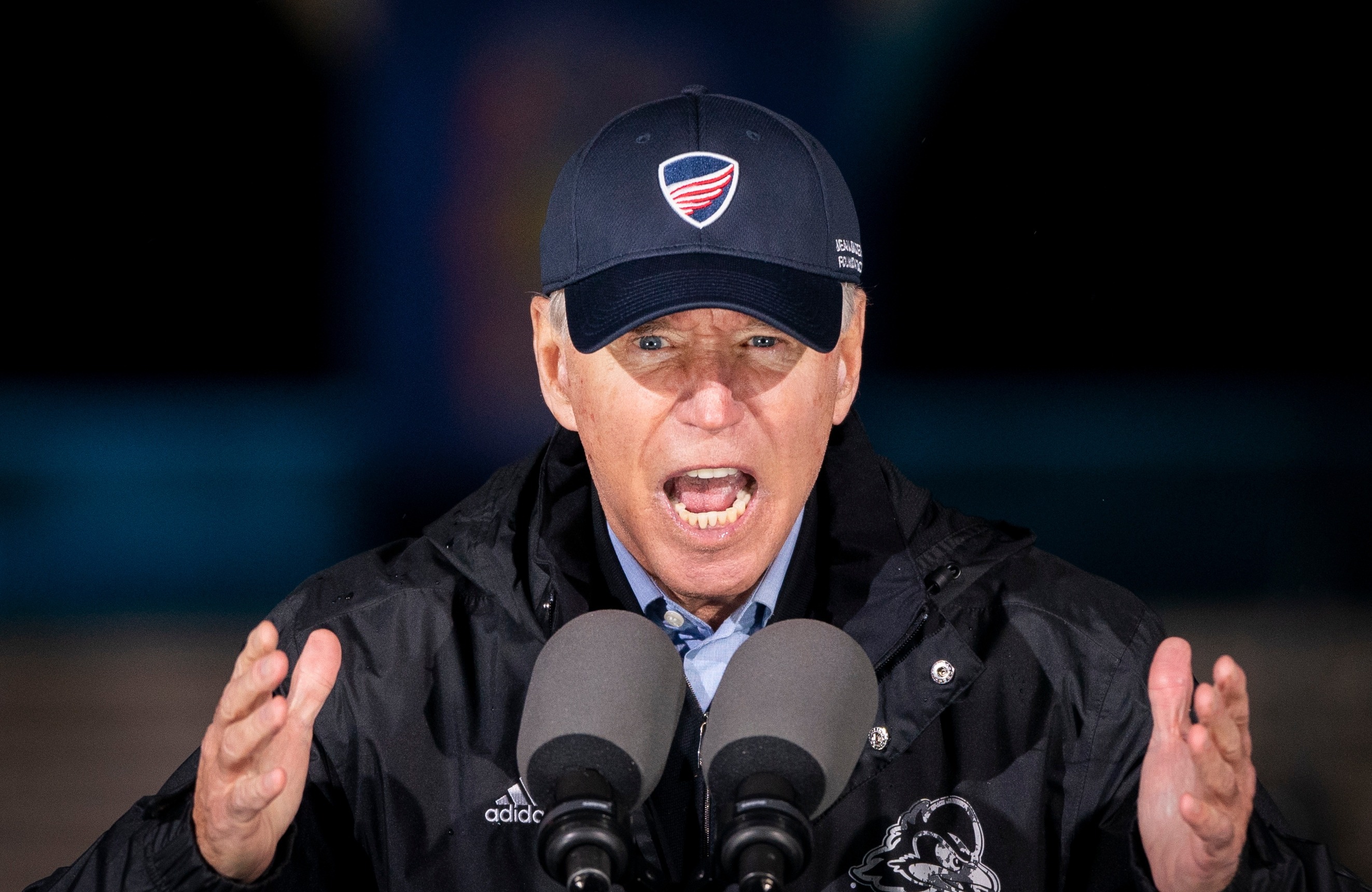 "But he's a weak person, you know. He challenged me a year and a half ago, you know.'I'd like to take him behind a barn.'"

"I said, 'Of all the people in the world that I could fight, that's the one I'd probably like to most fight,'" Trump added.

"Those legs have gotten very thin. Not a lot of base. You wouldn't have to close the fist," he added. 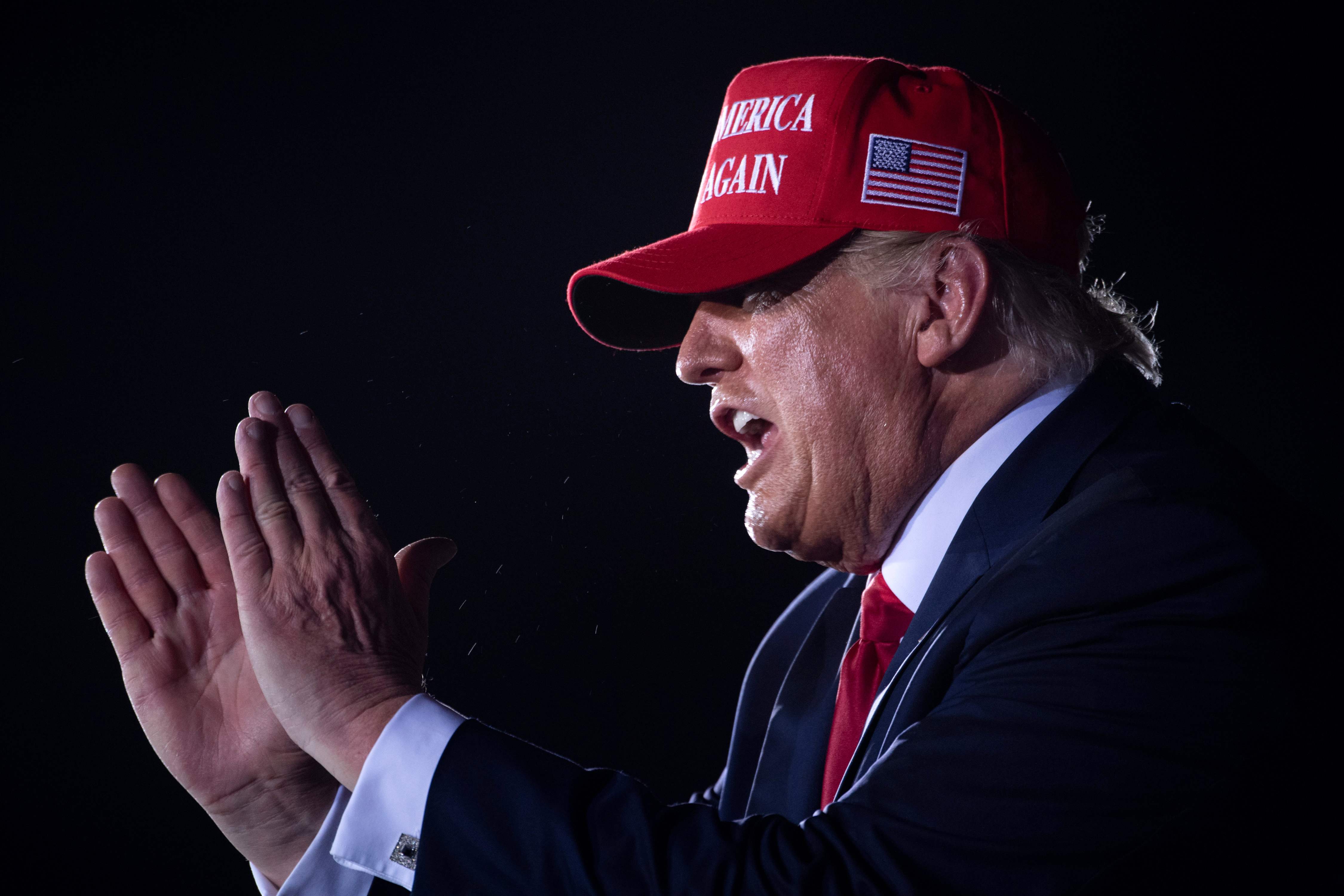 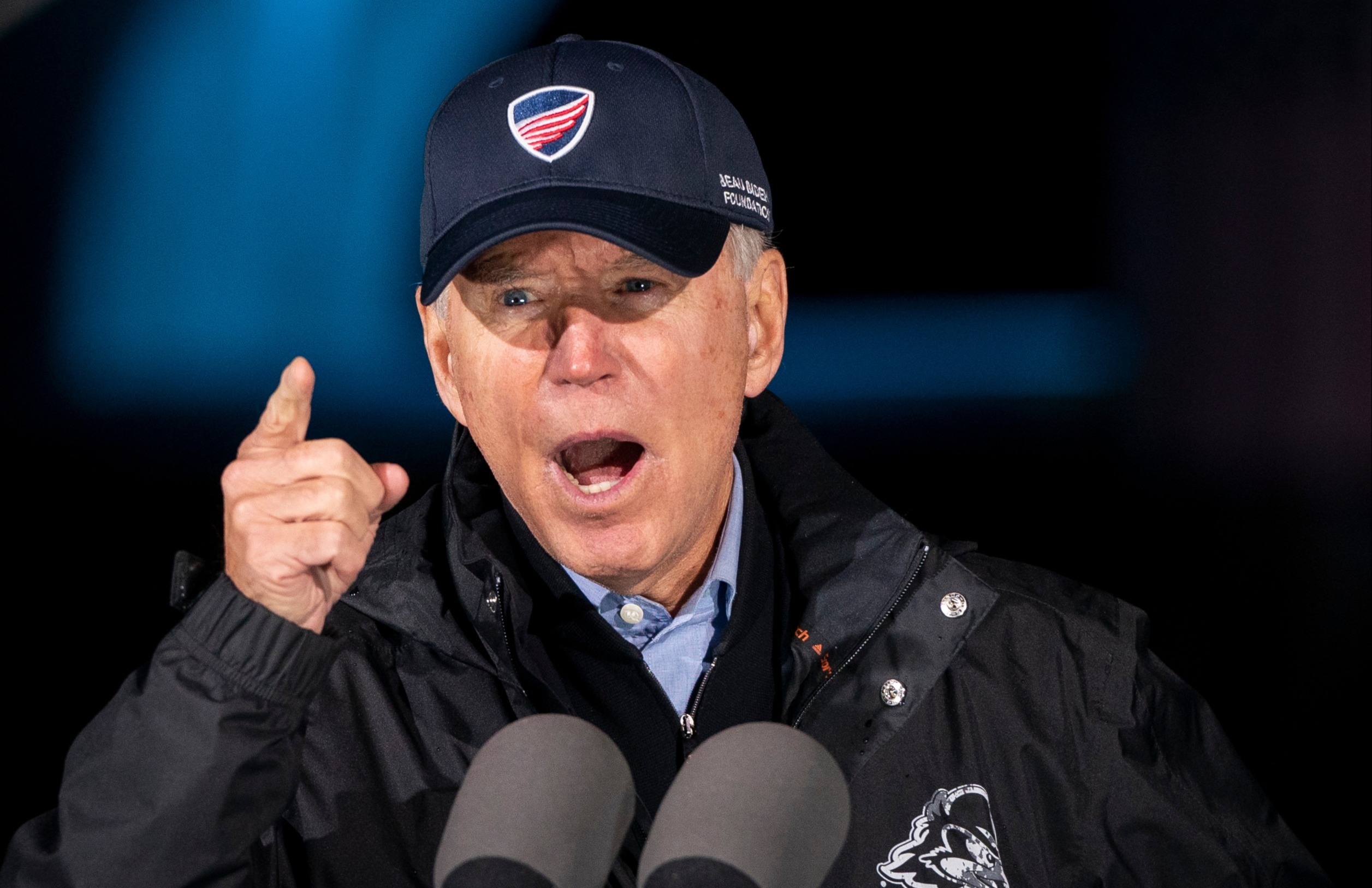 Trump's comments came as he referred to Biden in 2018 saying he would "beat the hell out of" the president if they were in high school together.

"When a guy who ended up becoming our national leader said, 'I can grab a woman anywhere and she likes it' and then said, 'I made a mistake,'" Biden said as he spoke at the University of Miami.

He added: "They asked me would I like to debate this gentleman, and I said no. I said, 'If we were in high school, I'd take him behind the gym and beat the hell out of him.'" 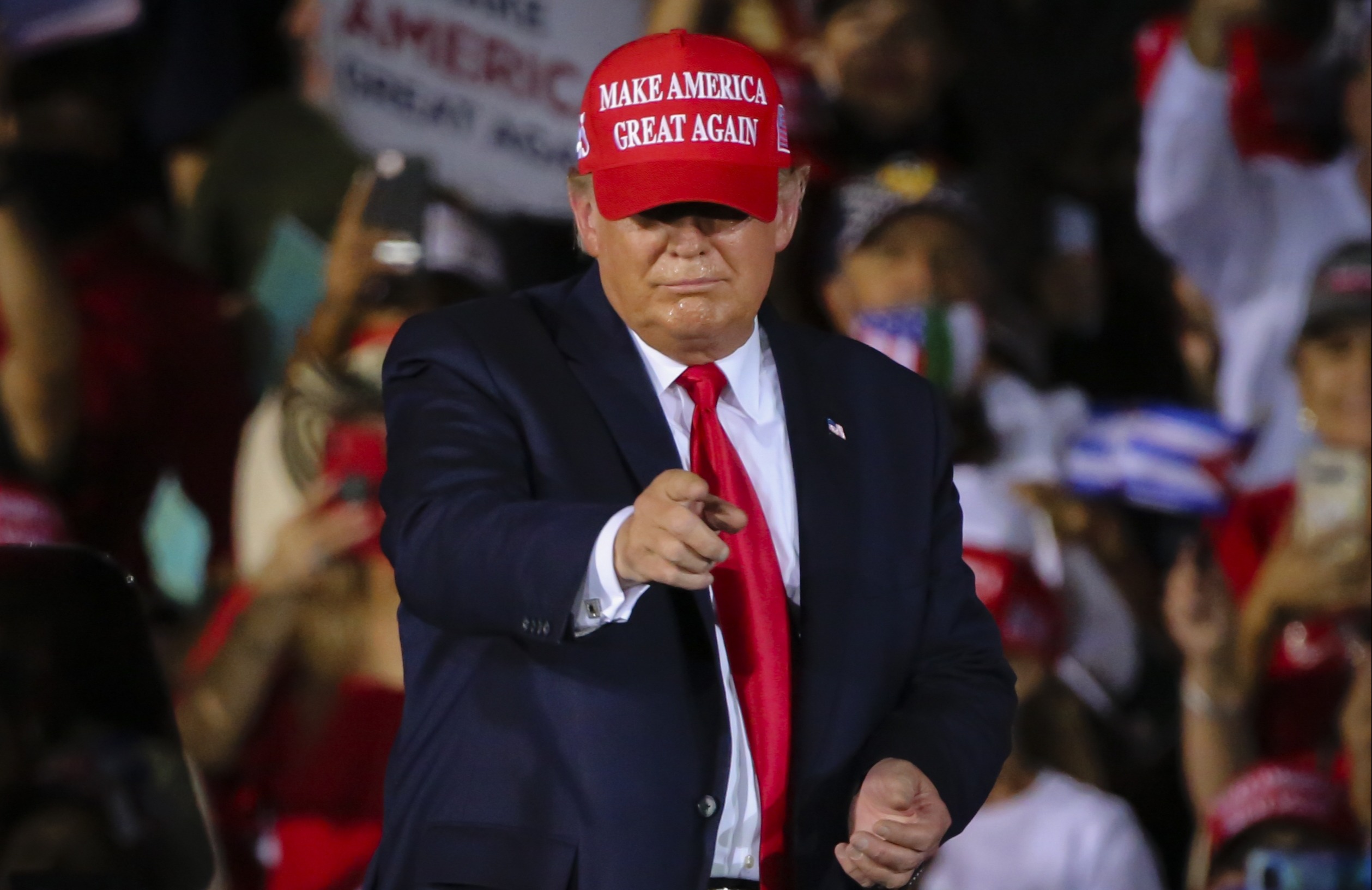 Speaking in Florida on Sunday, Trump claimed if he made similar remarks to Biden's "barn" comments, people would say "our president is inciting evil."

With just a day until the election, both candidates have been campaigning in key battleground states.

Polls have largely shown Biden in the lead to win the presidency – but it could be days or weeks before final ballot counts are in to reveal the winner.