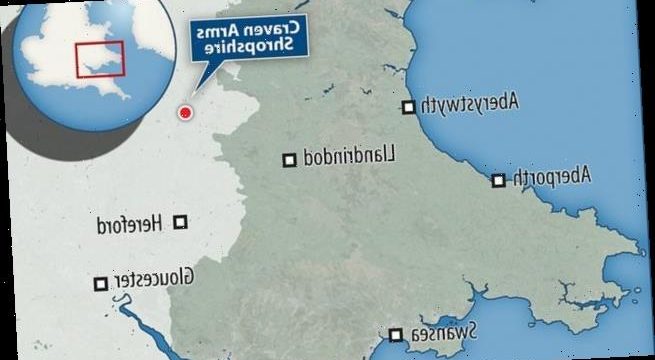 Travellers at the centre of a coronavirus outbreak in Shropshire say they have been ‘treated like animals’.

But locals claim some members of the group, who live on a caravan park in the town of Craven Arms, are not self-isolating.

Twenty-three coronavirus cases have been diagnosed on the site and health officials have warned the number will only increase.

One of the travellers said the first cases were spotted in the group after another set of travellers from Wales visited for an engagement party.

The traveller, who spoke to The Guardian, also admitted that he had disobeyed the council’s order for travellers to stay on site. 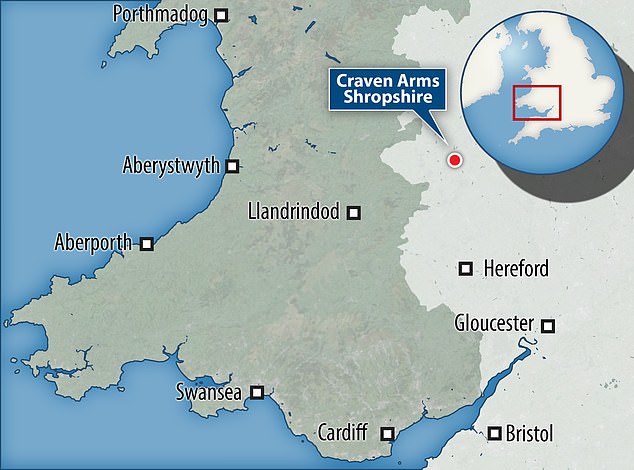 Travellers at the centre of a coronavirus outbreak in Craven Arms, Shropshire, claim they have been ‘treated like animals’

He revealed that he went to the town centre yesterday but was refused service by a shopkeeper.

He told the Guardian: ‘They are treating us like animals. Would they shut a housing estate down if there were a few cases like there have been here?

‘We are being treated differently.’

It is thought that up to 100 travellers took to the caravan site for the engagement party — leaving locals fearing for their health.

One local said: ‘The young woman who got engaged was from Craven Arms and I think her fiance is from the Welshpool clan.’ 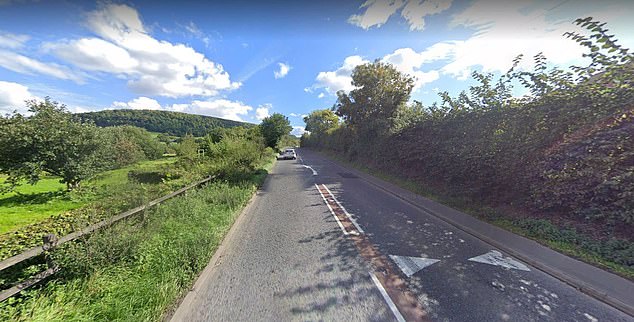 Oldham today became the latest place to introduce tighter coronavirus restrictions after a 240 per cent surge in cases in the past week.

Official NHS statistics show 119 people were diagnosed with Covid-19 in the Greater Manchester town in the week up to July 25.

This equates to a rate of 50.5 cases per 100,000 people — the third highest rate in the country, behind only Blackburn with Darwen and Leicester.

Council bosses have now urged all of the borough’s 235,000 residents to not let any visitors into their home for at least two weeks.

They are keen ‘to prevent a strict local lockdown being put in place’ like that seen in Leicester, which has yet to be freed from the draconian restrictions.

It puts Oldham at odds with the rest of England, after lockdown rules were relaxed earlier this month to let people to stay overnight with loved ones.

Everyone living in the Greater Manchester borough has also been asked to keep two metres apart from friends and family when seeing them outside.

Current government advice for the rest of the nation recommends a one metre-plus rule — but people should keep two metres apart where possible.

Roughly six people are believed to have been diagnosed with Covid-19 at the other Leighton Arches caravan site in Welshpool.

Carol Streatfield, a 68-year-old volunteer at a charity shop in the market town, told The Guardian: ‘I’m angry.

‘They’ve been silly b****** if they’ve had a party. I’ve got nothing against them but it would be a shame if the whole town was affected.’

The number of positive cases rose by two last night and Philip Dunne, the MP for the local Ludlow constituency, said that it was ‘worrying’.

He added: ‘What is encouraging about this for the population as a whole is it is a self-contained caravan site.

‘So the residents are cooperating fully with Shropshire Council, therefore one hopes this won’t spread into the wider population.’

The county’s director for public health, Rachel Robinson, said outbreaks of Covid-19 were ‘not uncommon’ as the coronavirus crisis winds down.

‘We do expect that at this stage of a pandemic we will see cases in the community and we will see outbreaks,’ she said.

She added that the risk to the general public is ‘low’ but that everyone should continue to follow government guidelines.

A testing centre has now been set up on a nearby business park, and everyone living on the site has been offered a test.

The centre will be open for the next two weeks between 10.30am and 3.30pm and those living nearby can book a test online via NHS Test and Trace or by ringing 119.

A playground close to the caravan park has also been closed to help reduce social contact and the risk of transmission.

It follows official figures which suggest cases of the coronavirus are creeping up.

Around 1,000 more people are estimated to be catching the disease every day in England, compared with last week.

Office for National Statistics data based on population testing predicts that daily infections have risen from 1,700 to 2,800 in the space of seven days, to a current total of 22,400 new cases per week.

The 21 people who tested positive for coronavirus at the caravan site were asked to self-isolate for at least seven days from the time they started showing symptoms or from when they received their positive test result.

Everyone on the site has been told to self-isolate for 14 days if they have been in contact with a positive case.

Shropshire Council said staff had been at the site providing residents with information on how to prevent the spread of the virus, its symptoms and what to do if they are feeling unwell.

It said it had been distributing personal protective equipment, hand sanitiser, cleaning products and other supplies to residents.

A playground and outdoor gym on nearby Newington Way has been temporarily closed to help curb transmission.

The council said it had been arranging the delivery of essential supplies, such as medicine, for residents, and the group living there has been cooperative with health practitioners.

Councillor David Evans said: ‘Our priority is to protect the health and wellbeing of our local residents.

‘I’ve been in Craven Arms to talk to residents and businesses to answer any questions and reassure them that the risk to the general public is low.’

He added: ‘I would like to thank members of the community for their own ongoing support and cooperation.

‘We continue to rely on everyone at the site playing their part, and want to encourage the residents to continue to self-isolate and take all the necessary precautions.

‘This is the only way we can help stop the spread of the virus.’

Officials will monitor travellers’ symptoms on a daily basis, and PPE equipment, hand sanitisers and cleaning products have also been distributed on site. 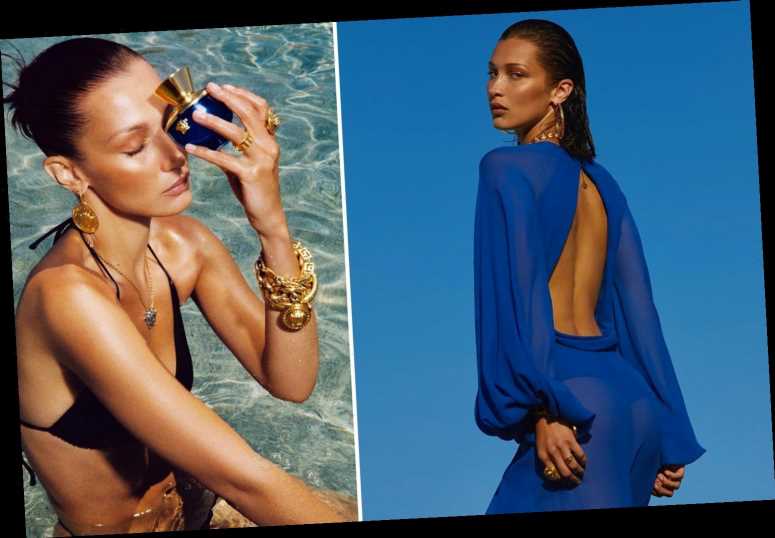 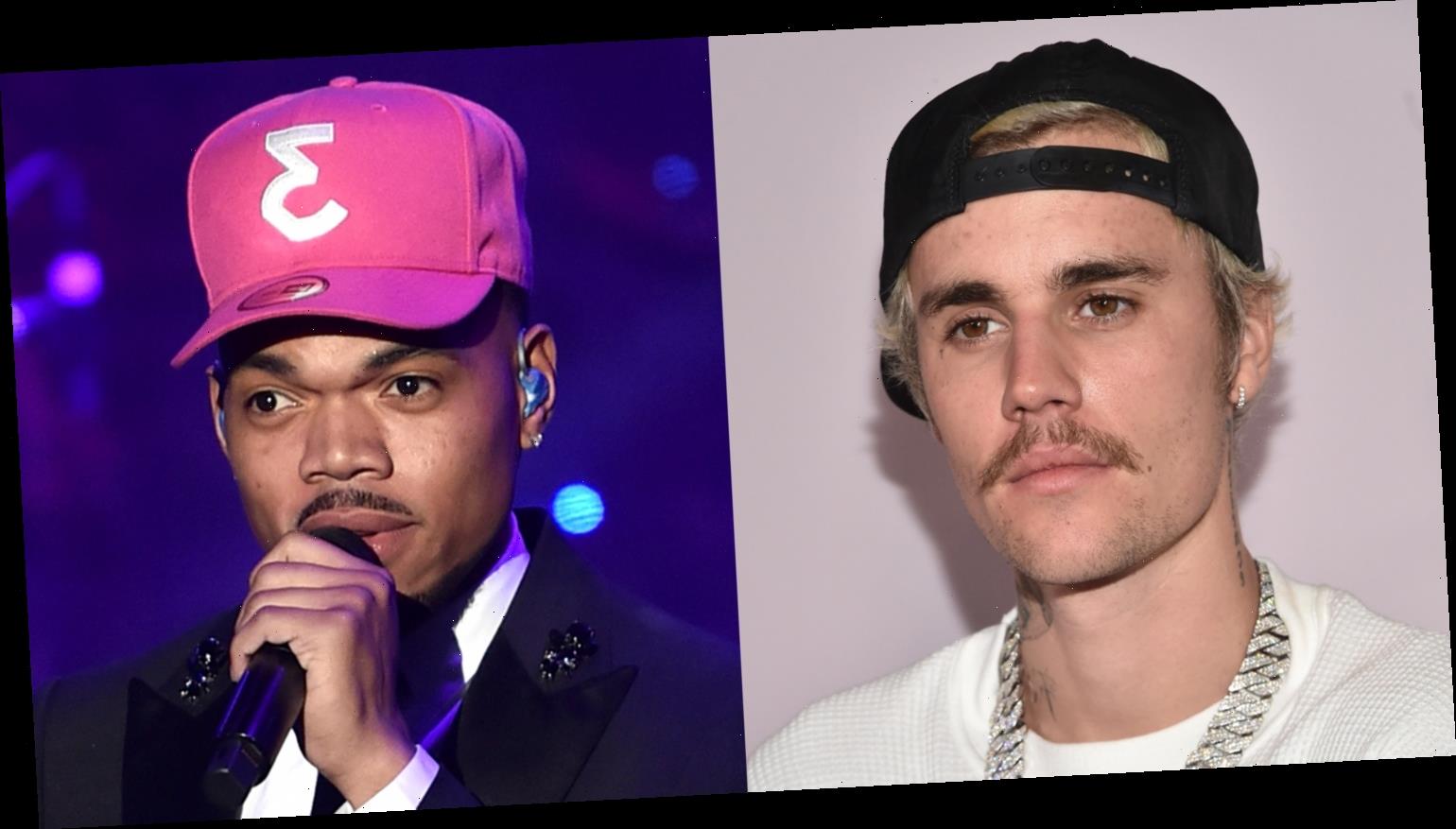