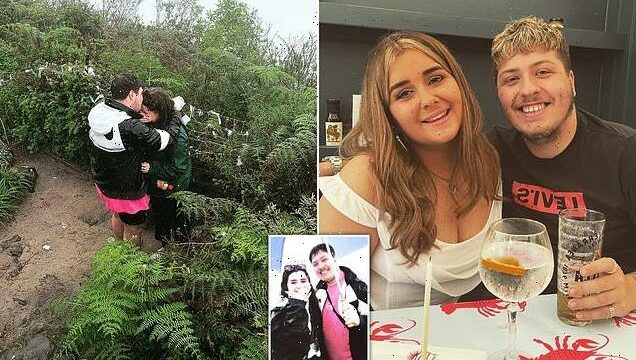 Tragedy as bride-to-be, 24, with dairy allergy dies four days after proposal on romantic South Africa holiday – ‘after accidentally stirring tea with spoon that had come into contact with milk’

A young woman has died just four days after getting engaged on a romantic holiday in South Africa after using the wrong spoon to stir her tea.

Jess Prinsloo, 24, is thought to have died as a result of her acute dairy allergy just days after her partner Craig McKinnon, also 24, proposed at the God’s Window viewpoint in Mpumalanga on December 27.

After saying yes, marketing executive Jess, from Salisbury, Wiltshire, celebrated with her fiancé for several days before travelling to her mother’s house in Johannesburg on December 30.

But after coming into contact with dairy, she went into anaphylaxis, an allergic reaction in which the throat closes up, and died the following day in hospital, the Mirror reports. 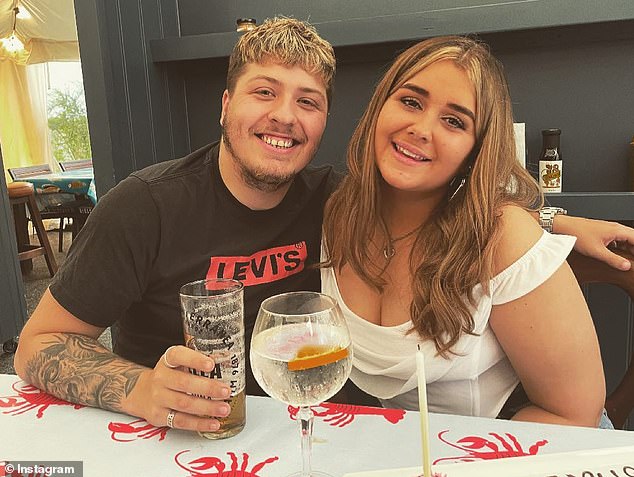 Jess Prinsloo, from Salisbury, Wiltshire, died just four days after her boyfriend James McKinnon proposed to her on a dream holiday to South Africa 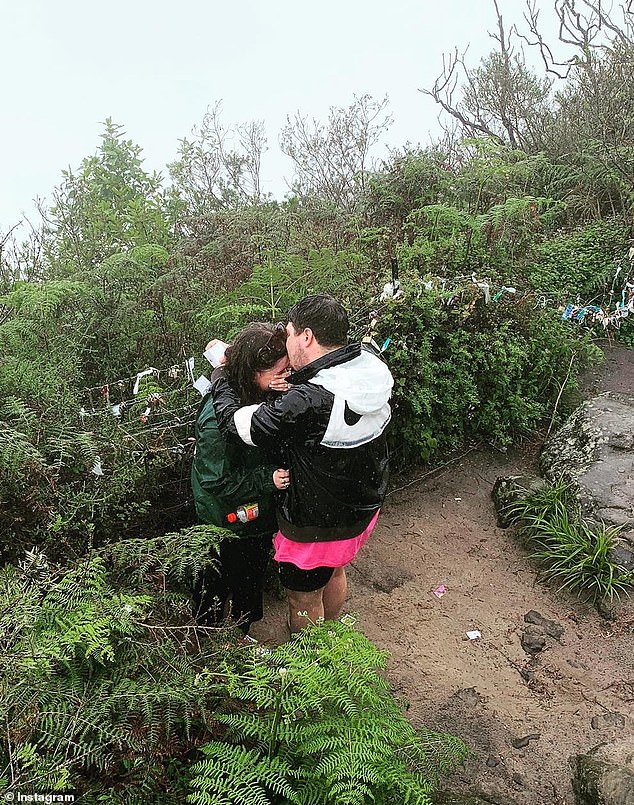 Ms Prinsloo, 24, was pictured crying with joy after the proposal on December 27, 2022

Her friends and family have paid tribute to a ‘beautiful, fun-loving’ young woman who ‘lit up every room she walked into.’

In a heartbreaking post on social media, Mr McKinnon wrote: It’s difficult to find clarity in today, the worst day of my life.

‘But a point I have never been clearer on, the 3+ years I got with my Jess are irreplaceable, and I wouldn’t trade them for 60 years with any other person on earth.

‘I am devastated, and feeling pain like I’ve never felt before, but anyone that spent time in her company knows what I mean when I say I have been blessed to call her my fiancée [for] the greatest three days of my life.’

The couple met while at university in 2019, and they then moved into together in 2021.

Ms Prinsloo had many family members in South Africa, but had not been back for six years, Mr McKinnon said – so he knew there was no better place to propose.

He told the Mirror: ‘The look on her face… it meant everything.’

She was so excited by the proposal that she updated her followers on her social media accounts that very day, to be inundated with messages from friends and family.

Despite her care to carry two EpiPens with her at all times following several ‘near-misses’, both failed Ms Prinsloo during her reaction.

Mr McKinnon said: ‘When Jess died, a part of me died too – but there is no one to blame for her passing away.’

He described being woken up by her brother, Darren, and told she was having a particularly bad reaction after the EpiPen ‘wasn’t having the effect it usually has.’

She was rushed to hospital, but despite doctors’ best efforts, they were unable to save her.

Ms Prinsloo had been having allergic since she was just nine months old, and even had to be resuscitated after coming into contact with dairy in a curry at the age of 18. 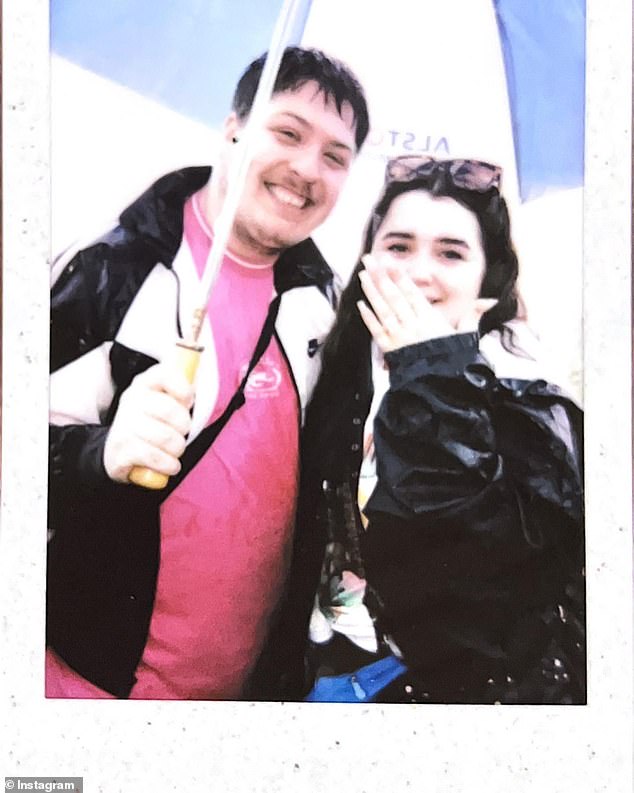 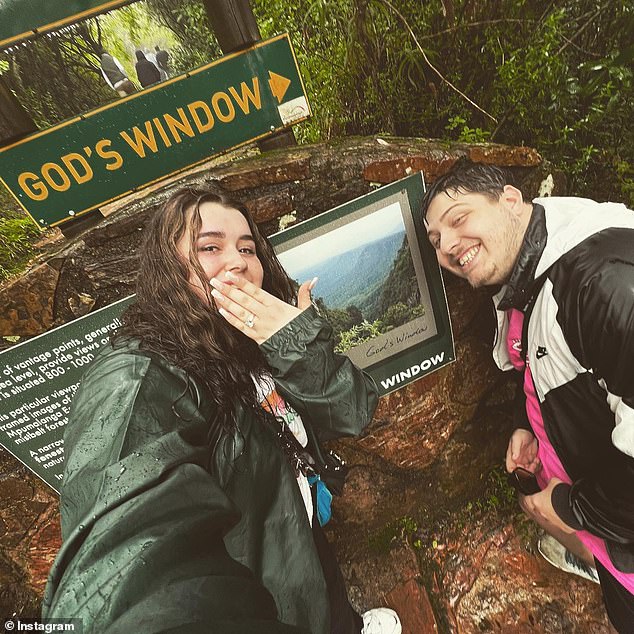 Mr McKinnon proposed at a famous beauty spot named God’s Window, in the country his fiance had not been to in six years 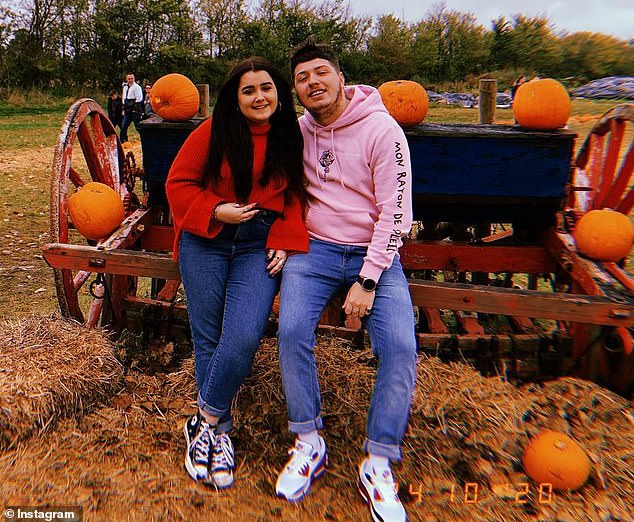 The couple met in 2019 at university, and then moved in together after lockdown in 2021

Mr McKinnon told the Mirror: ‘Another time, she ordered a vegan dessert which shouldn’t have had dairy and she needed antihistamines, an EpiPen and a hospital trip. I haven’t eaten dairy for about three years because it just wasn’t worth the risk.’

Mr McKinnon and Ms Prinsloo’s family set up a GoFundMe to cover the cost of the medical and funeral bills.

A statement on the page read: ‘Our beautiful, fun loving Jess recently passed away on 31/12/2022.

‘Jess was an impeccable daughter, sister, niece, friend and most recently Fiancé. She lit up every room she walked into and touched the lives of everyone she met.

‘If you’ve ever met Jess you would probably know what her go to fun fact about herself is, she’s allergic to milk.

‘While she was on the holiday of a lifetime in South Africa she experienced an allergic reaction. While at hospital Jess tried her best to pull through she passed in peace late that night.

‘All of the years we had Jess will get us through the years that we won’t.’

Mr McKinnon arrived back in the UK with her ashes on Monday.