Washington: The Trump administration's top health spokesman Michael Caputo appeared to have deleted his Twitter account after a late-night rant in which he suggested tear-gassing reporters and tangled with other users on the site.

Caputo, in tweets from his Twitter-verified personal account, said "gas all of them" while commenting on a post from a self-described journalist who had published a video saying they were about to be tear-gassed. In a second tweet, Caputo described another Twitter user with an epithet for a feminine hygiene product, adding "you have four followers."

Most of the tweets appear to have been sent late on Sunday night or early Monday morning. Caputo didn't respond to an email and text message seeking comment on Monday afternoon. 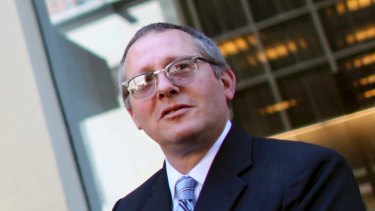 "Mr Caputo is a critical, integral part of the President's coronavirus response, leading on public messaging as Americans need public health information to defeat the COVID-19 pandemic," the Department of Health and Human Services said in an emailed comment.

Caputo, the assistant secretary for public affairs at the Health and Human Services Department, has maintained two accounts on the social media site: @SpoxHHS, which is the health department's official account, and another personal account, @MichaelRCaputo.

In recent days, Caputo has become the centre of controversy over the Trump administration's attempt to influence scientific study of the covid-19 pandemic. Politico reported that Caputo was involved in attempting to manipulate scientific reports by the Centres for Disease Control and Prevention, over fears they would harm President Donald Trump politically.

Separately, the New York Times reported Monday that Caputo had made a Facebook video in which he claimed the CDC harboured a "resistance unit" meant to undermine the president, and said that his life was in danger.

"You understand that they're going to have to kill me, and unfortunately, I think that's where this is going," Caputo said on the video, according to the Times.