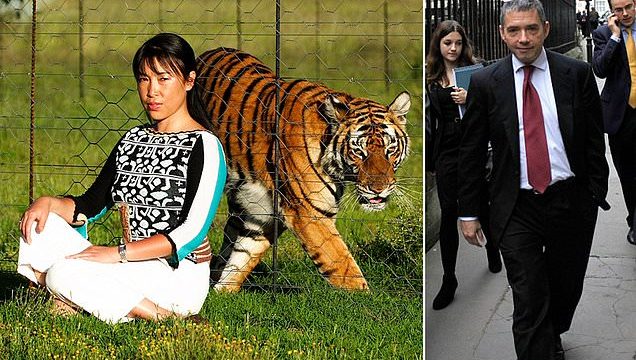 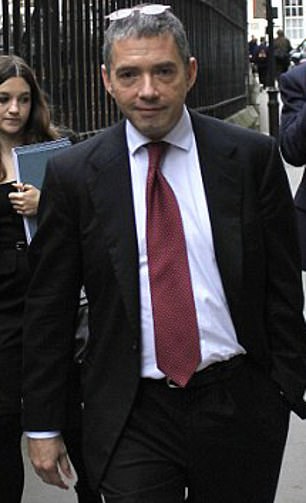 Millionaire banker Stuart Bray (pictured in 2016) has told a High Court judge that he cannot afford to pay the £38,000 he owes his ex-wife

A former banker accused of stashing millions of pounds of a divorce settlement in a tiger charity has told a High Court judge that he cannot afford to pay the £38,000 he owes his ex-wife.

Millionaire Stuart Bray, who is from the US and used to work for Deutsche Bank, told the Family Division of the High Court in London that he had been forced to ‘downsize’ and did not have the means to pay alimony to Li Quan, a former Gucci executive.

Mr Bray, who is in his 50s, indicated that he lived in an apartment in Bangkok, Thailand, which had no hot water and said he ate ‘meals on the street’ for a ‘pound or two’.

He said he was ‘completely dependent’ on friends and family to ‘support him’.

Ms Li, who is also in her 50s claims she too is ‘penniless’.

The estranged couple have been locked  in litigation for more than six years following the breakdown of their marriage.

The latest twist in proceedings unfolded at the hearing on Tuesday. 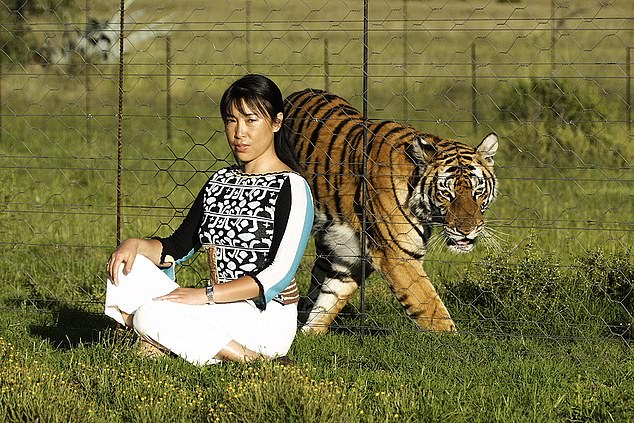 Li Quan, a former executive at fashion house Gucci, is owed £38,000 from her ex-husband who she split from six years ago

Judges have heard how the couple launched Save China’s Tigers, a project which involved acquiring land in South Africa with the aim of ‘rewilding’ south China tigers, more than a decade ago.

Ms Li claims that Bray used a £50 million offshore trust set up to fund a shelter for South China tigers to hide his money.

In turn, Mr Bray maintains he has committed his cash to saving endangered animals and is virtually penniless.

In December a separate High Court judge, who was tasked with dividing the couple’s assets, had labelled Mr Bray ‘dishonest’.

Mr Justice Mostyn said in a ruling that Mr Bray was ‘seeking to hide something highly material’ in the finances of the tiger trust.

He ordered Mr Bray to pay alimony of more than £5,000 a month to Ms Li. Lawyers representing Ms Li on Tuesday told Mr Justice Holman that Mr Bray had not paid money as ordered.

They said Ms Li was owed around £38,000 and was looking at ways of forcing Mr Bray to pay up.

Ms Li attended the hearing on Tuesday but Mr Bray was nowhere to be seen.

Mr Bray spoke to the judge by telephone from his father’s home in Delta, Colorado, US.

‘I would like to be done with this,’ he told Mr Justice Holman. If I could do anything which brings this to an end, I am keen to do that.’

The judge said the ‘short answer’ was to ‘start paying’. Mr Bray told him: ‘If I had the means, of course I would.’ 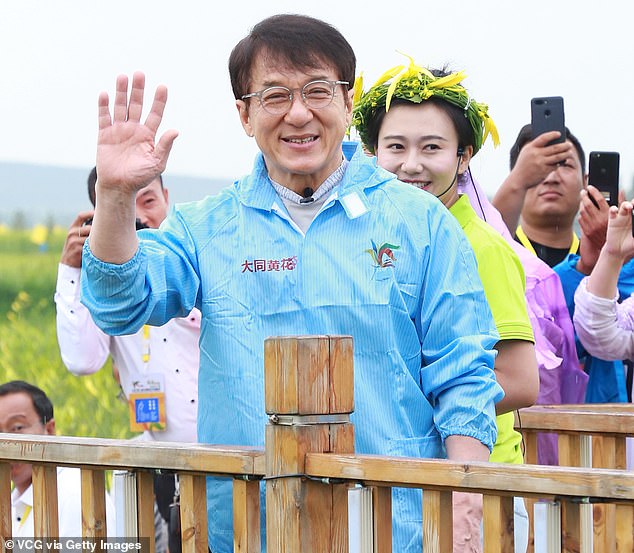 The couple, who met at business school in the US in 1990, married in 2001 and set up home in a luxury penthouse overlooking the Thames.

While her husband worked as an executive for Deutsche Bank, Li resigned from her role at Gucci to work as a conservationist, specialising in reintroducing tigers into the wild.

She established the Save China’s Tigers charity, which has an 81,000-acre wildlife reserve in South Africa that is home to 20 critically endangered big cats.

But Li claims she lost custody of the tigers after Mr Bray ousted her from the charity’s board in 2012.

She also claims he transferred all their joint assets, including the £23 million reserve in South Africa, to the offshore trust.

She alleges that the trust is protected by a complex financial structure which makes it tax-efficient, but opaque. ‘He had all the power,’ she said. ‘I had nothing in my name except a dormant bank account. I had no idea how much he actually took home.