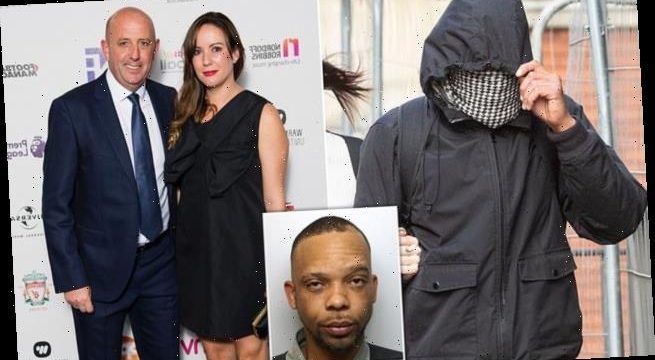 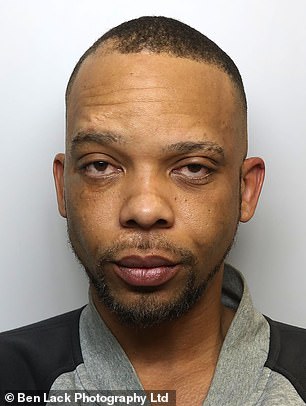 Damien Swan, pictured, was jailed for five months for the unprovoked attack on Gary McAllister in Leeds on March 24, 2019. He received a further 27 months for an attack on volunteers at a Seikh temple the following day

A thug who admitted hitting football legend Gary McAllister so hard he knocked a tooth out in an unprovoked street attack has today been jailed.

Damien Swan, 34, punched the ex-Liverpool and Leeds United star in the face as he tried to get in a taxi with his wife Hayley in the early hours of March 24, 2019.

A court heard an ‘intoxicated’ Swan jumped defenceless McAllister, 56, outside a bar in Leeds city centre, leaving him bloodied after his front teeth burst his top lip.

Less than a week later, Swan assaulted three volunteers at a Sikh Temple during a ‘sustained’ assault that also saw his two dogs attack the men.

He admitted assault occasion actual bodily harm for the assault on McAllister and unlawful wounding and charges under the Dangerous Dogs Act for the temple incident.

McAllister, widely regarded as one of the finest midfielders of his generation, had gone to hail a cab at around 4.20am after a night out with his wife and a few friends.

Meanwhile, Hayley and a female friend were talking to two men outside the bar.

As McAllister, a league title winner with Leeds United in 1992, shouted at them to get in the taxi, Swan ran over and punched him ‘for no apparent reason’.

A stunned McAllister fell to the ground as his screaming wife tried to pull his attacker off him. The court heard Hayley and her pal gave chase to Swan, who fled the scene. 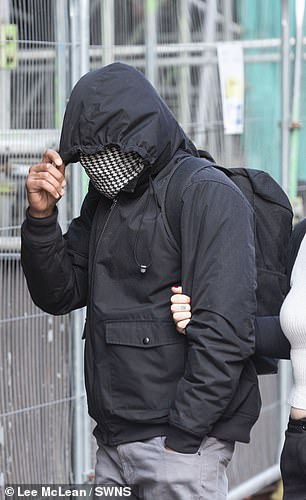 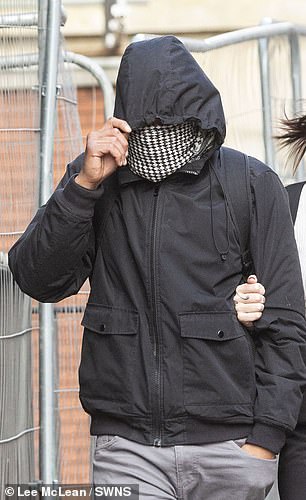 At Leeds General Infirmary, it was discovered he lost a left incisor and a crown in the attack.

He had spent the previous day at Anfield watching a Liverpool Legends match, including his former teammate and current Rangers gaffer Steven Gerrard.

McAllister was part of Liverpool’s treble-winning side of 2001, bagging the FA Cup, the League Cup and the UEFA Cup alongside Gerrard.

Swan, a Bermudan national, initially denied the charge of actual bodily harm but later changed his plea to guilty. He was sentenced today at Leeds Crown Court.

Graham O’Sullivan, prosecuting, said: ‘The defendant ran round the taxi and for no apparent reason punched Mr McAllister in the face.

‘Mr McAllister had no time to defend himself or brace himself and fell straight back. He was left dazed and confused.

‘Hayley and Olivia tried to grab the defendant but he ran off. 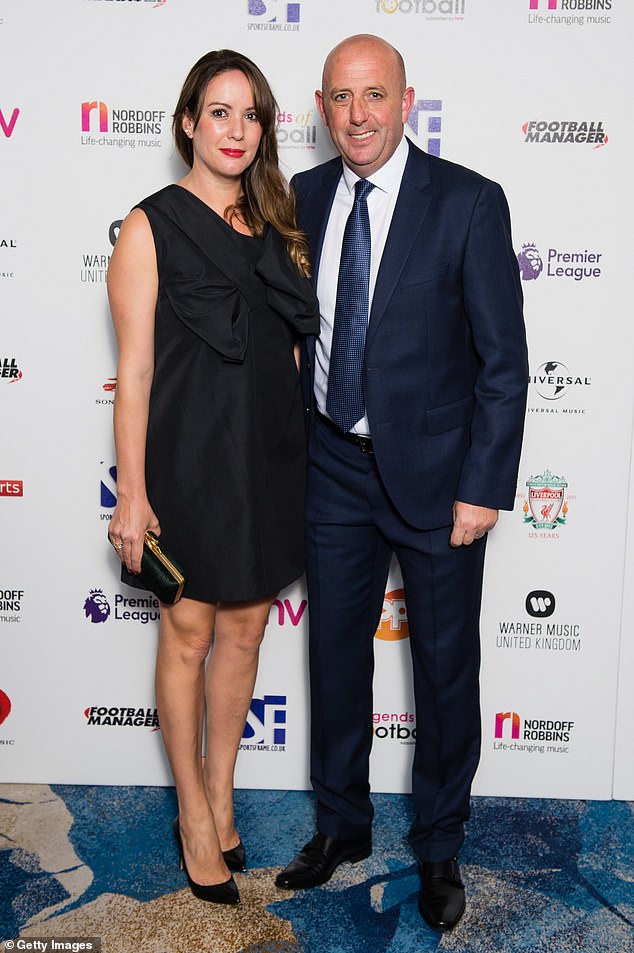 Gary McAllister, right, was out for the night with his wife Hayley, left, when he was assaulted

‘Mr McAllister managed to get to his feet and discovered he was bleeding. A police officer on patrol that night approached him to assist.

‘He was taken to Leeds General Infirmary where he needed stitches to repair his top lip. He also had a missing left incisor and a missing crown.

‘The defendant was arrested four days later at his address. He told officers: ‘I didn’t even know who he was’.’

Mr O’Sullivan said Hayley and her friend were unable to identify Swan, but police matched clothing at his address with what he was wearing on CCTV on the night of the attack.

McAllister, who won 57 caps and captained Scotland at Euro 96 in a career spanning two decades, declined to provide a victim impact statement to the court.

Swan also admitted unlawful wounding in a ‘disgraceful’ attack on March 30 when he assaulted three men who were renovating a Sikh Temple.

Swan, who the court heard was suffering a psychotic break at the time of the incidents, approached the men and accused them of filming him.

The court heard he ran up scaffolding to confront the men before charging into the temple and attacking them.

During the ‘sustained’ incident, Swan let his Blue Blood Bulldogs office their leads and did ‘nothing to stop them’ as they attacked the men.

The court heard one of his victims tried to fend the dogs off with a long pole, but Swan ‘disarmed’ him.

One dog bit a man’s arm, which tore through his jacket and flesh while Swan.

One of the men needed reconstructive surgery after the assault and one had puncture wounds where his dogs had bitten him.

Another still has trouble using his right arm two years after the offences, the court heard.

Robin Frieze, mitigating, said Swan suffers from Paranoid Schizophrenia, but had since been referred to a specialist.

He said: ‘His life has changed dramatically since then.’

He has also been banned from owning dogs for life.

His Honour Judge Tom Bayliss QC said: ‘Mr McAllister had no opportunity to defend himself or brace himself and fell straight back.

‘Gary McAllister is well-known in Leeds, he is a footballer of some renown. However, I am prepared to accept you did not know who he was and this was not a targeted attack.

‘The aggravating factors are the location and time of the offence and the presence of others including his wife. It must have been a terrifying ordeal for her.

‘You were arrested and questioned and less than 24 hours later, you were responsible for a disgraceful attack at a Sikh Temple.’