THOUSANDS of Brits have hit bars and pubs before the “rule of six” comes into force, with one drinker saying “I couldn’t care less about the new law”.

Many pubs and restaurants were rammed full today as people took full advantage of the sunny weather before the new coronavirus regulations are introduced tomorrow. 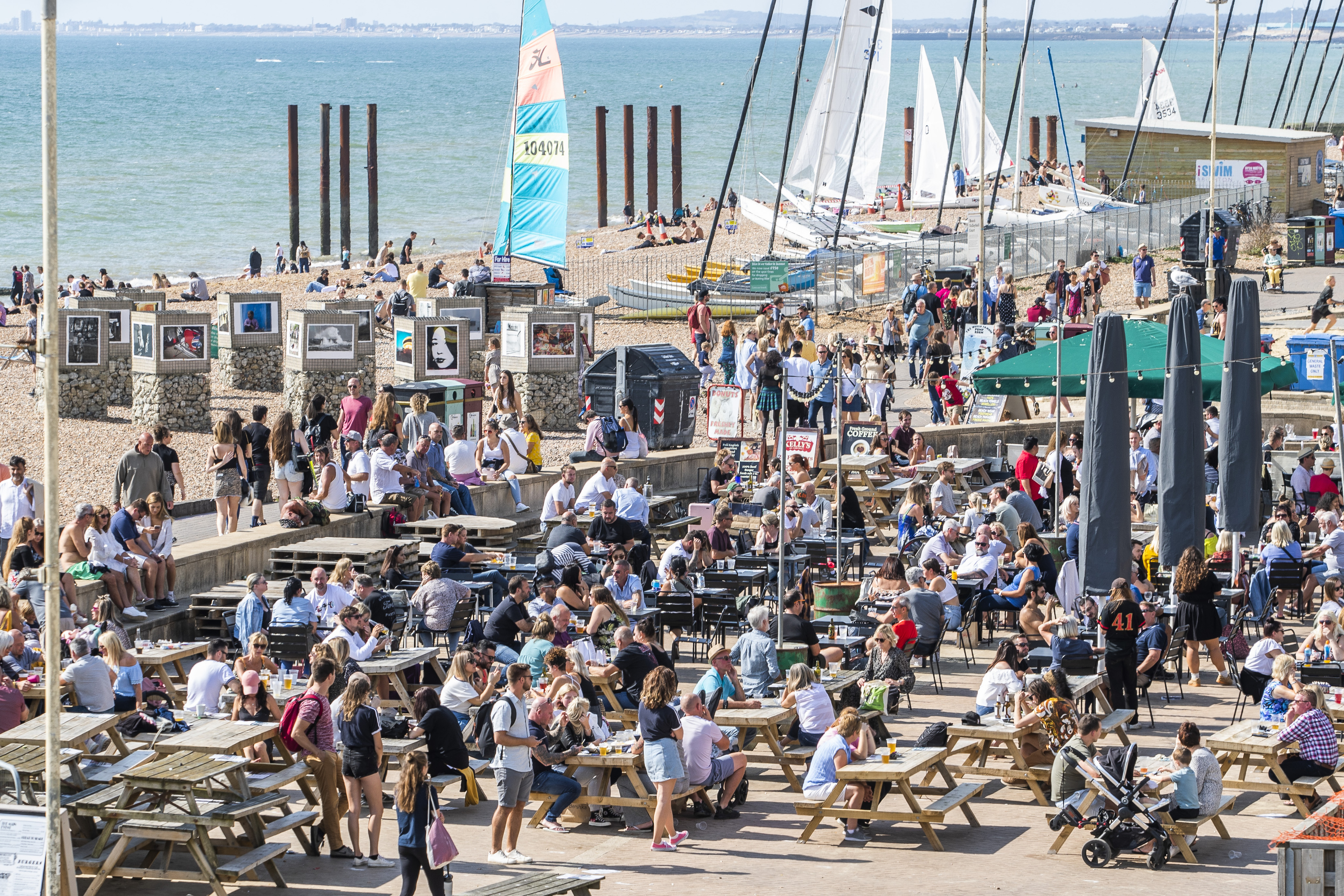 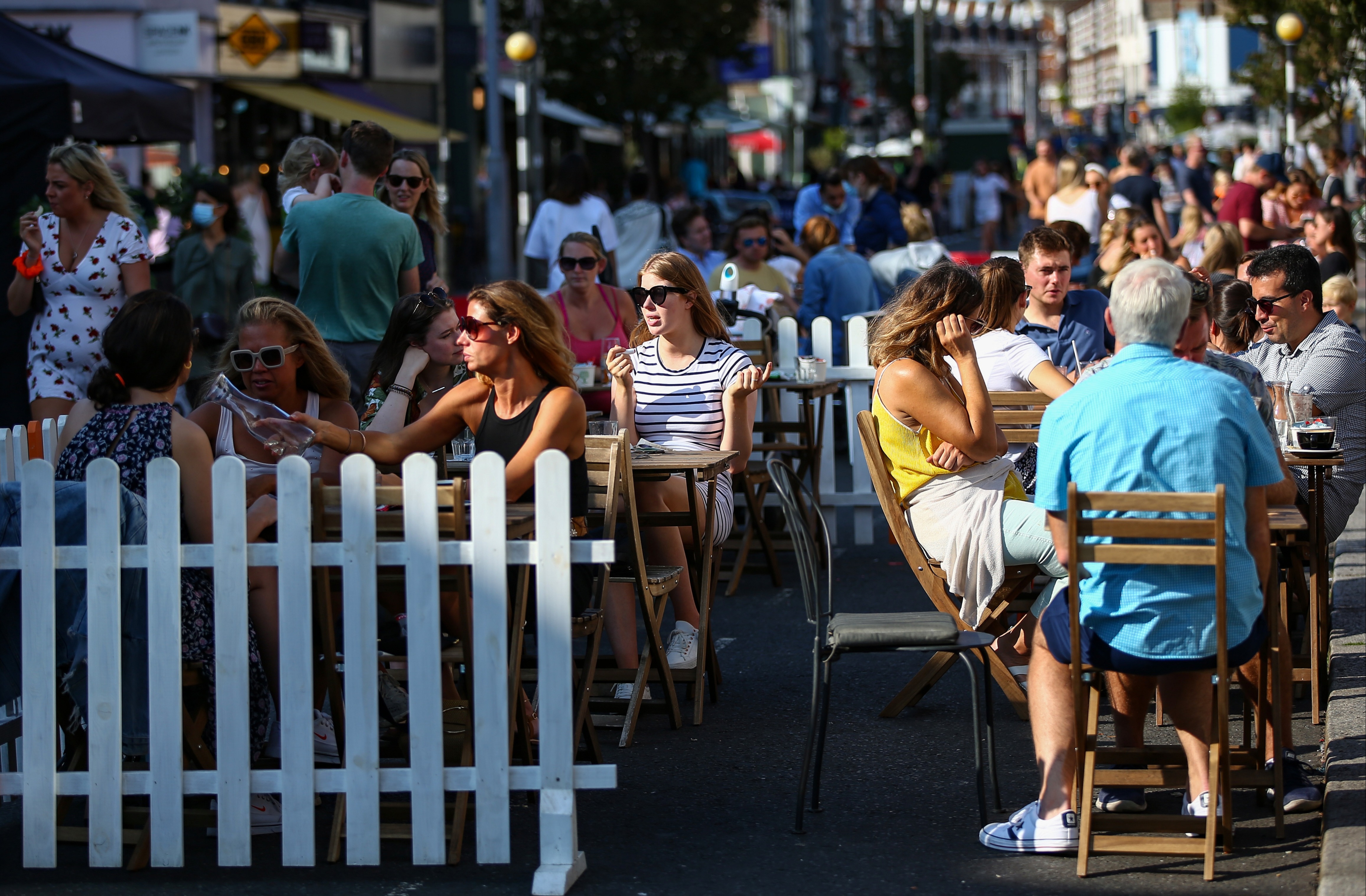 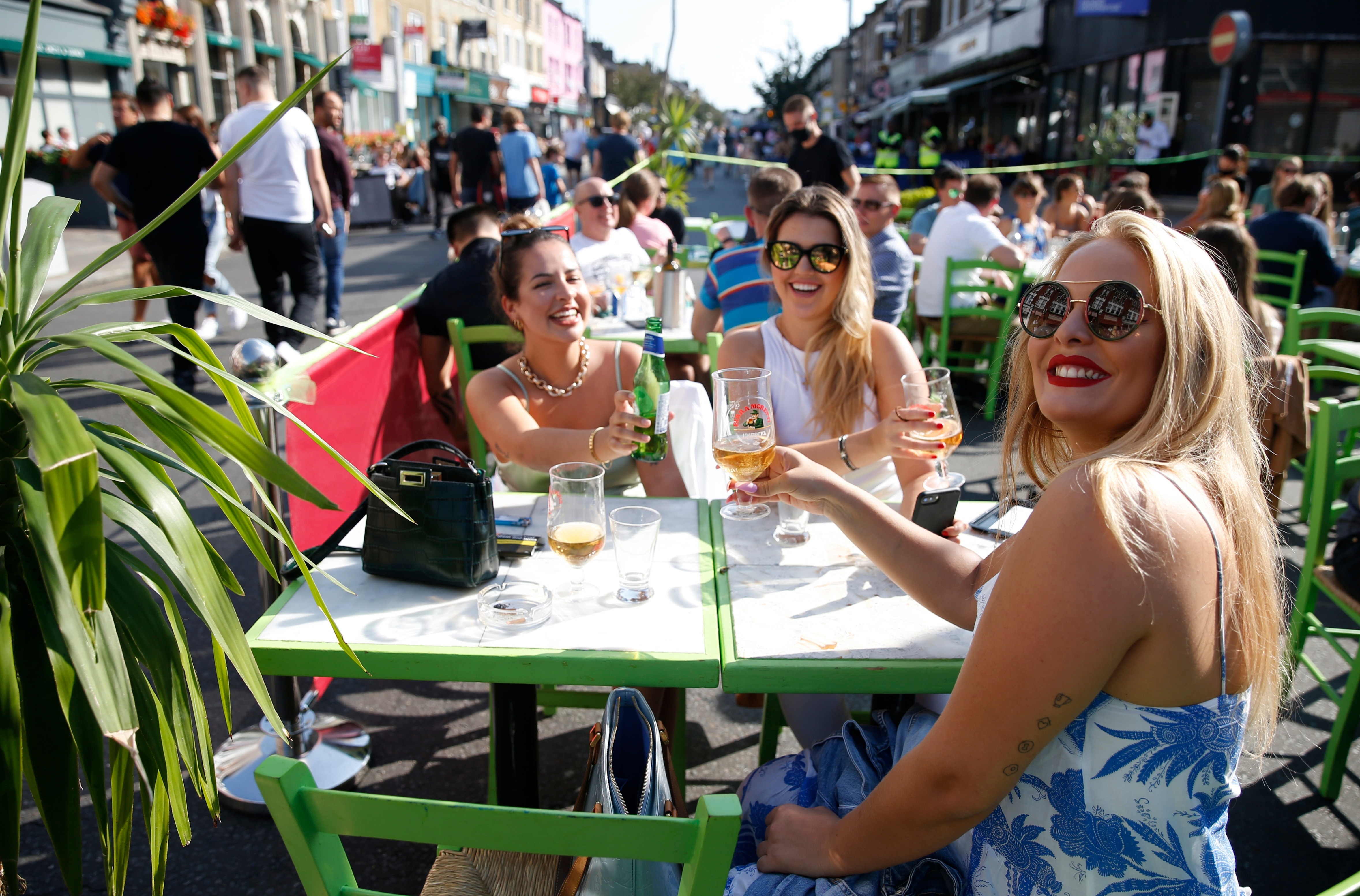 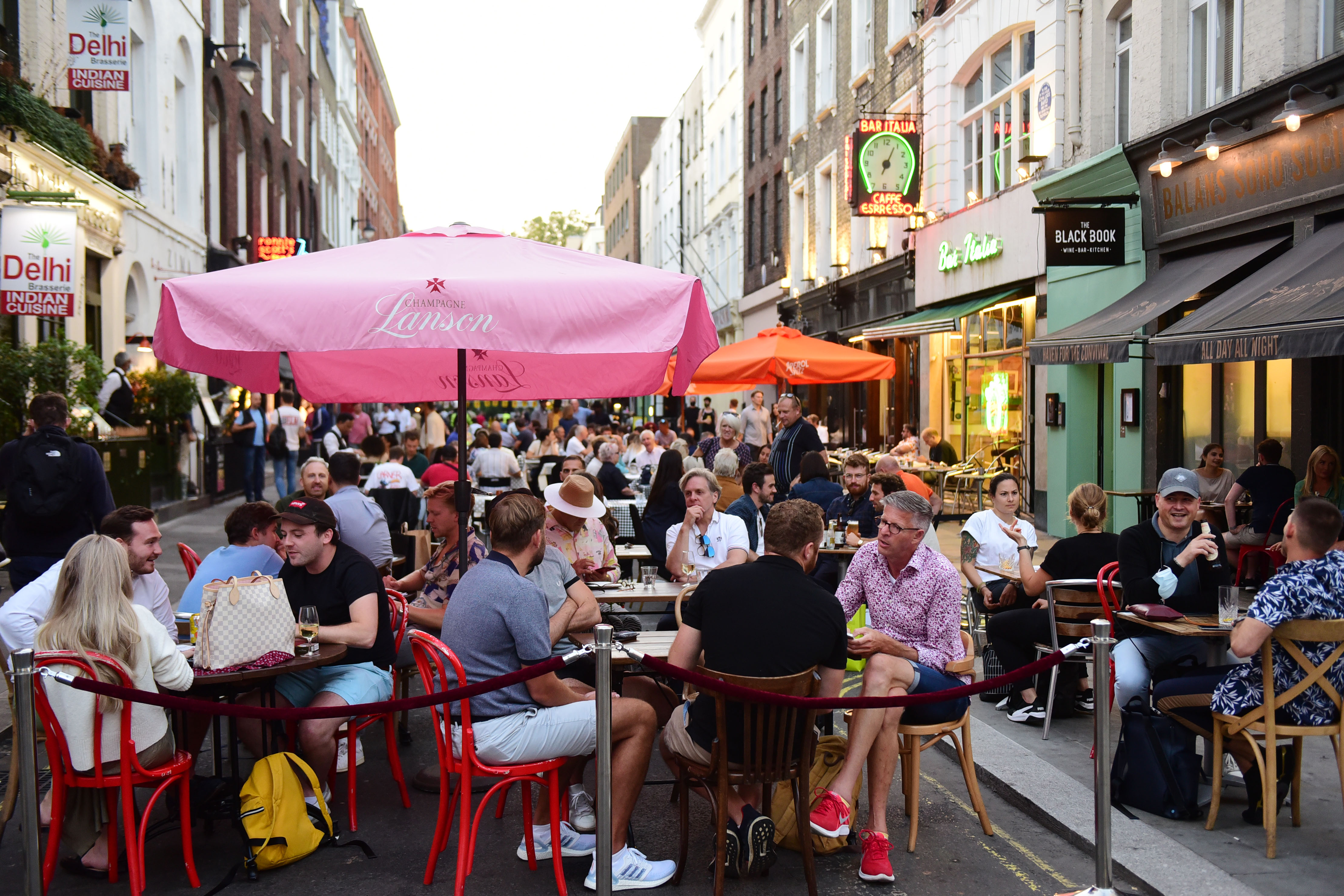 Despite the rise in the number of Covid-19 cases in the past few days many people weren’t happy about the new rules.

Aaron Leighton, 23, who was celebrating a friend’s birthday with a group of 10 on a pub crawl round Brighton said: “I couldn’t care less about the new rule.

"I know people who came back from Spain and didn’t quarantine and what has anyone done about that? Nothing.

“This is the same. I can’t see anyone paying these fines they are threatening us with. I certainly won’t.”

The Ledbetter family from Crawley was enjoying Sunday lunch at the Music Hall on Brighton beach.

Father, Haydn, 49, and his wife Donna, 45, and their two children had joined three other friends and their families to make a party of 14.

They had taken over two benches to enjoy fish and chips in the sunshine and were dismissive of the new rules.

Mr Ledbetter, an airport worker, said: “Frankly the government has made so many U-turns this summer none of us trust them to make a good call anymore.

“This new rule is idiotic and they’ll probably make a U-turn on that. Even at the airport where I work senior managers are stunned by the government’s approach.

“We’re enjoying our Sunday out. If the law is still in place at Christmas then I certainly won’t be sticking to it.”

One group of 15 friends from Croydon had travelled by train to Brighton for the day and were enjoying the hospitality of the resort.

Alan Dean, 32, said: “This might be the last time we can do this so we’re making the most of it while we can.

“Frankly everyone is flouting the rules, even people like Dominic Cummings, so I don’t see how the government can preach to us.”

Sarah Wyndham, 31, said: “This new rule doesn’t make a lot of sense to me. How can you go into work every day and mix with all your colleagues but you can’t meet your friends afterwards?

“I work in a call centre with 40 other people in the same room so surely that should be banned as well.” 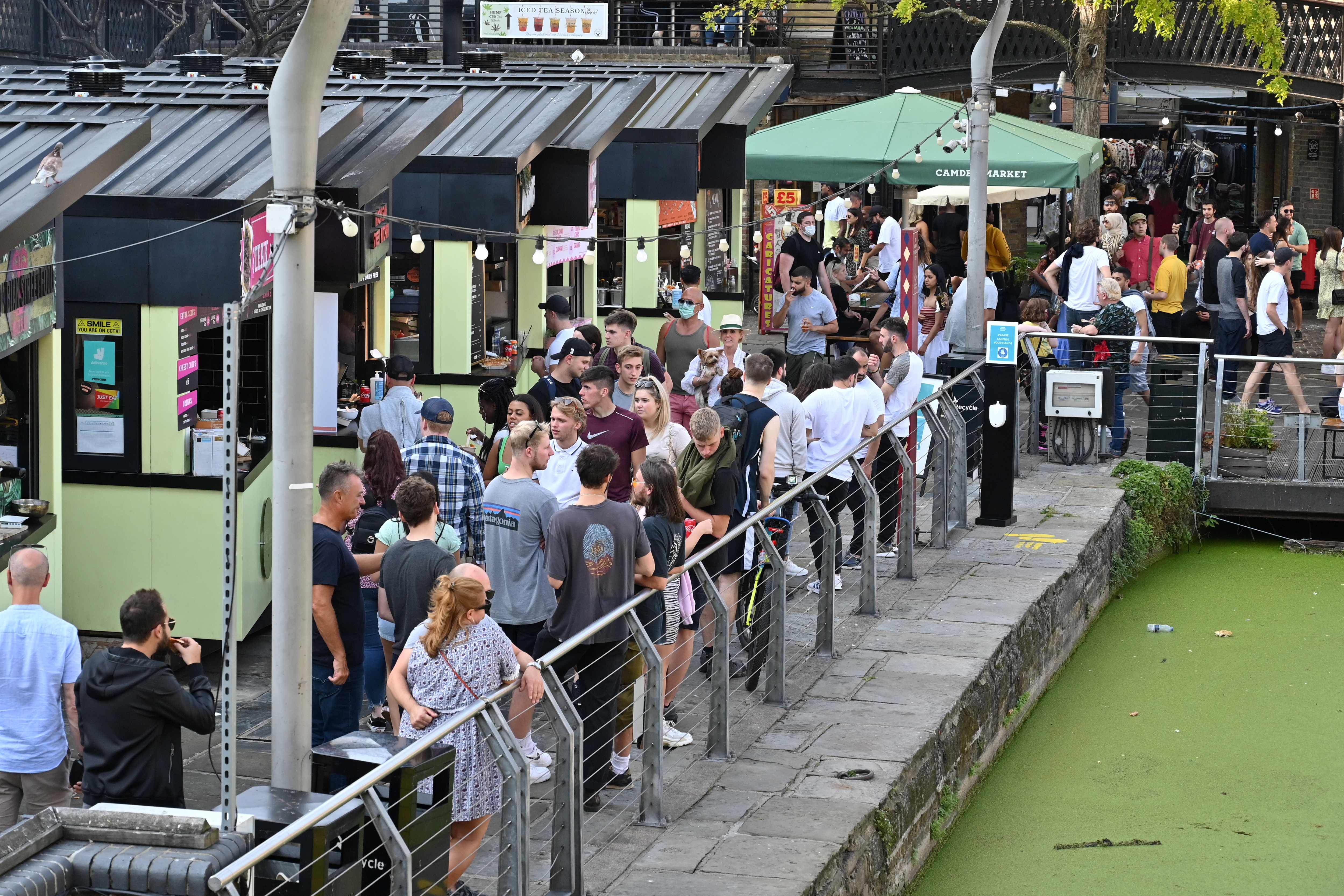 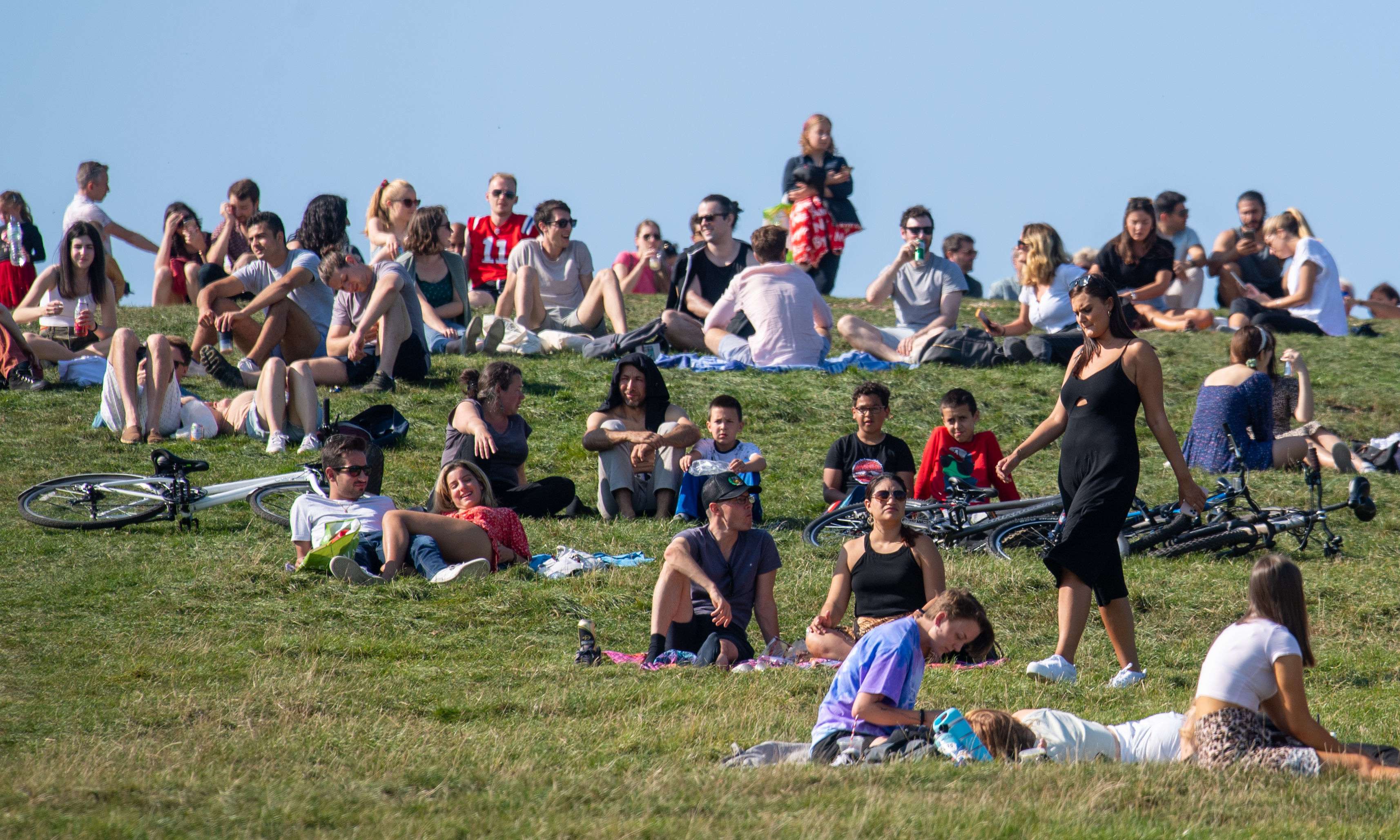 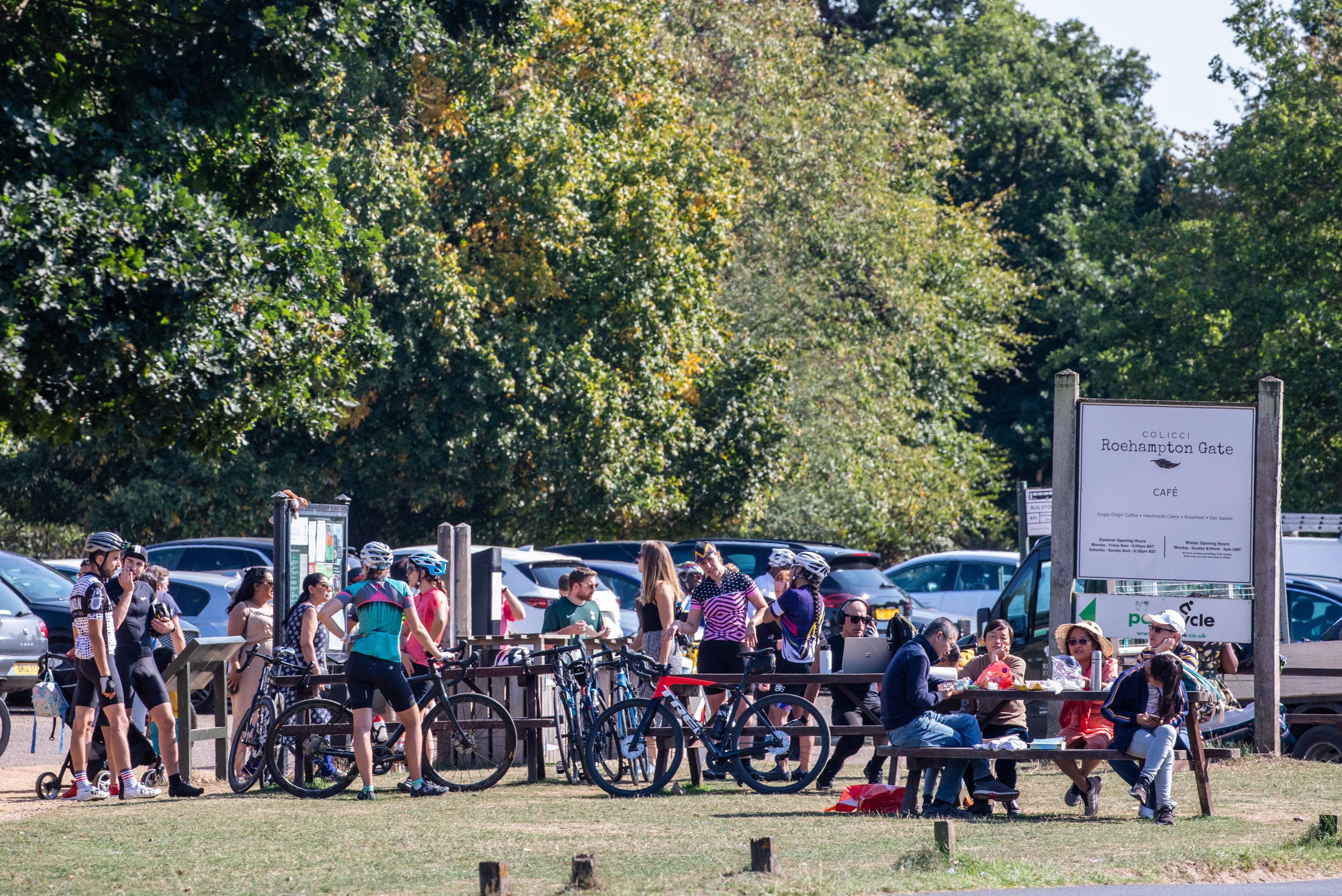 Revellers were also out in force on Saturday evening across the country making it a big night out for many.

The party lasted into the early hours in Cardiff, Sheffield and Birmingham, while police were on the streets of Nottingham, Newcastle and London to keep things under control.

Large groups of drinkers also gathered at seafront bars in Brighton to make the most of the September sunshine before heading out on the town.

One group of young men had hired a minibus to travel into the seaside resort from Guildford, Surrey with the aim of getting together for one last hurrah.

One of the men, Owain, 24, said: “This new rule means we’re not going be able to go out for ages together as a group. It might even be after Christmas before we see each other again so we wanted to go out in style.”

Jamie Rylance, who was with a group of 10, said: “I’ve come out with a few friends for a last drink or two because you never know what this government is going to do next.

“I got caught up with the Spain quarantine so I’ve been stuck indoors for a fortnight. The problem is that everyone has got bored with it and people are no longer wearing masks and social distancing anymore. It is worrying but what can you do?”

Police have dispersed a number of illegal gatherings overnight as revellers make the most of the final weekend before the "rule of six" coronavirus restriction comes into force.

Greater Manchester Police said they closed down illegal gatherings at properties in Altrincham and Flixton on Saturday night, as well as a large gathering of around 70 people in Mottram.

Fixed penalty notices were issued at each of the incidents as current rules only allow groups of up to 30 to meet.

The interventions came just hours after officers attended a gathering at an address in Stockport which had 45 people in attendance, and another address in north Manchester which they had been called to on two previous occasions.

Another group of 15 young friends met for a pub crawl and said they were looking for to a “blow out”.

Meanwhile, Nottinghamshire Police issued a teen a £10,000 fine for hosting a house party in Lenton, which saw more than 50 guests gather at the address.

From Monday, the law change in England will ban more than six people meeting anywhere socially indoors or outdoors – dubbed the "rule of six”.

It will not apply to schools, workplaces or Covid-secure weddings, funerals and organised team sports.

The rule will be enforced through a £100 fine if people fail to comply, doubling on each offence up to a maximum of £3,200.

The measures include the introduction of "Covid-secure marshals", to help ensure social distancing in town and city centres.

It comes as coronavirus cases in the over-50s surged by 92 per cent.

And ex-chief scientific adviser and Scientific Advisory Group member, Sir Mark Walport, warned: "I think one would have to say that we're on the edge of losing control."

He told the BBC Radio 4's Today programme: "The short answer is the only way to stop the spread of this infection is to reduce the number of people we all come into contact with, that lowers the risk.

"It's a very very fine balancing act, it's very important to get youngsters back to school, people to university, but it means we're going to have to hold back our contacts in other areas."

Medical experts warned that a second spike in coronavirus was being fuelled by young people failing to follow the rules on social distancing and hygiene.

In a concerning development, infections have surged among middle-aged Brits – as cases in over-50s rocketed by 92 per cent last week.

Senior government officials have said the rise in cases in higher risk groups is "worrying" as Downing Street looks to stem the spread of the bug heading into the winter.

The PM apologised for having to take such measures, and said it "breaks my heart" to have to stop families from being able to see each other.

He said: "I wish that we did not have to take this step. But as your Prime Minister, I must do what is necessary to stop the spread of the virus and save lives." 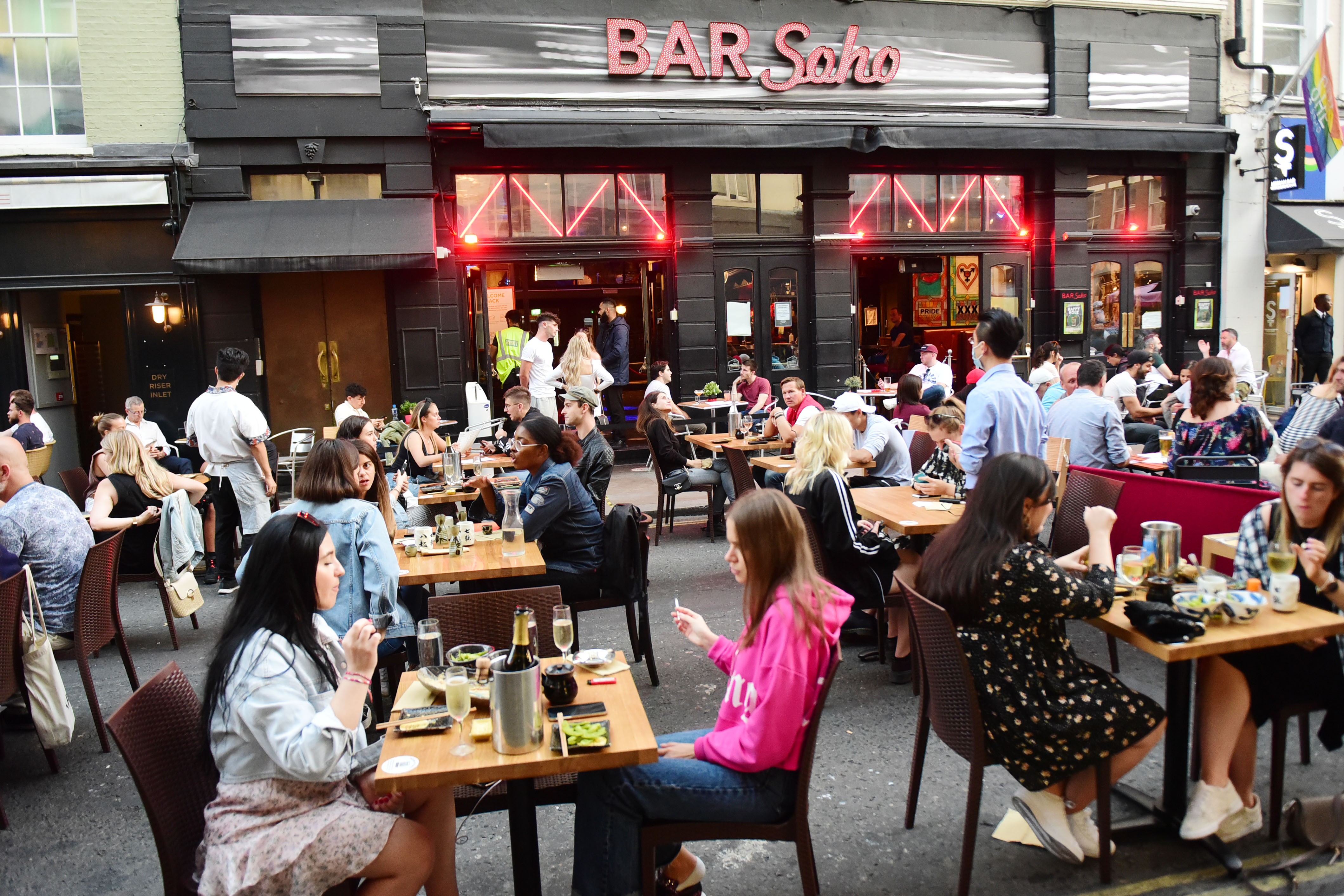