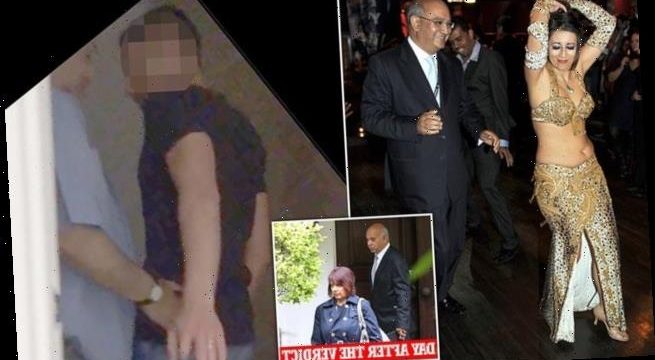 The shaming of Keith Vaz: A sordid saga of sex and drugs – and a disgraceful bid to wriggle off the hook 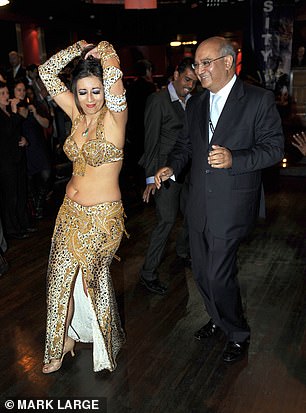 Party animal: Keith Vaz pictured with a belly dancer at the 2009 Labour Conference

According to Keith Vaz, that night with the two rent boys was all a dreadful misunderstanding.

The young escorts he had invited to his flat with the words ‘We need to get this party started’ were, in fact, professional decorators.

They had kindly dropped round at 11.30pm on a Saturday evening ‘to discuss interior décor’ in his apartment and, because he was a busy MP, this was the only time he could meet them.

So begins the former chairman of the Commons’ home affairs select committee’s explanation for the sordid night three years ago when he paid two male prostitutes for sex and offered to buy cocaine for a third.

In an excoriating 69-page report, they demolished the former Labour grandee’s lies, obfuscation and desperate attempts to escape censure.

And they revealed that, when Mr Vaz’s absurd claims about the decorators began to unravel, he resorted to pleading amnesia. 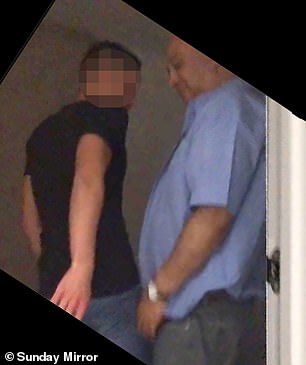 According to Keith Vaz, that night with the two rent boys was all a dreadful misunderstanding. The young escorts he had invited to his flat with the words ‘We need to get this party started’ were, in fact, professional decorators

The committee said paid-for sex between consenting adults was not illegal, but Mr Vaz’s attempts to mislead the inquiry brought shame on him.

The inquiry by the standards commissioner concerned the evening of August 27, 2016, at a well-appointed £400,000 Edgware flat belonging to Mr Vaz, a 10-minute walk from his £2.2million marital home.

As the rent boys undressed, one of them asked his name and the MP for Leicester East replied ‘Jim’, telling his Eastern European guests he was a washing machine repair man.

Alas, the ruse was pointless because they were fully aware of his true identity and one of them was secretly recording the proceedings on his phone for the Sunday Mirror newspaper.

Eight days later, it published its expose, including extracts of the home affairs chairman – whose committee was tasked with monitoring crime, immigration and drugs policy on behalf of the nation – discussing illegal drugs, unprotected sex and money. He resigned as chairman days later.

Only now has Mr Vaz’s ‘implausible’ version of events been made public, after the commissioner’s inquiry finished and her findings were endorsed by the Commons’ standards committee which published a report yesterday.

It tells how the MP insisted he and his wife had planned an ‘ambitious’ renovation at their house and needed to quickly refurbish the flat to serve as their temporary home. 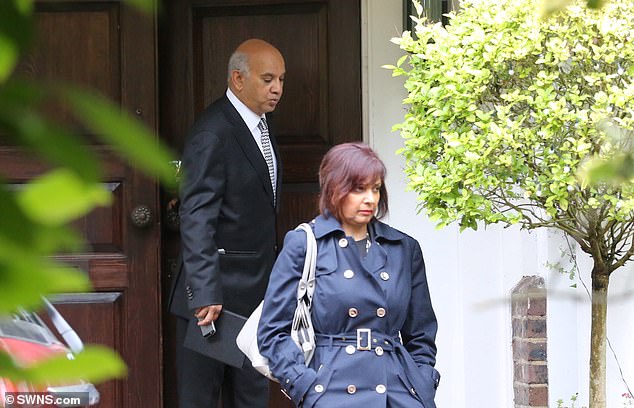 The MP’s wife of 26 years, Maria Fernandes, revealed in an interview with the Mail a week after the story broke how he had begged her for forgiveness. Mr Vaz and his wife Maria are pictured above in September 2016, a day after the revelations broke

Because of his crowded diary of engagements – which included a football match and a birthday party – he could not meet the ‘decorators’ until late in the evening on Saturday August 27.

Yesterday the committee concluded: ‘The notion that the men were at Mr Vaz’s flat in connection with painting and decorating is incredible. The recording contains no evidence of any conversation about …decorating.’ 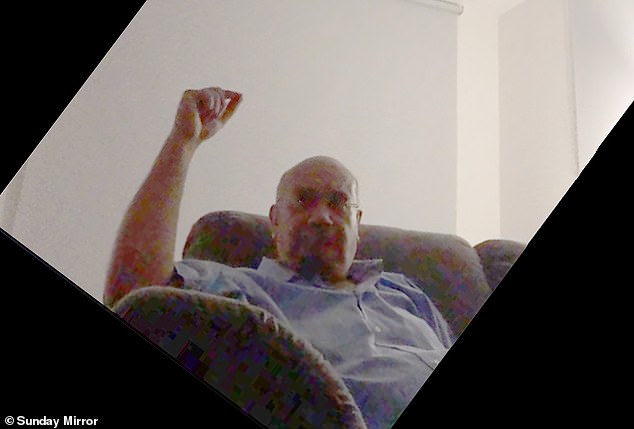 Initially, Mr Vaz tried to dismiss the Sunday Mirror’s investigation as bearing ‘no relation to what actually occurred’. But when asked by the commissioner what had really occurred, he pleaded amnesia. He claimed his drink must have been spiked

Mr Vaz and his visitors reminisced about other prostitutes including one who ‘forgot the condom’, with the MP recalling: ‘I had to f*** him without a condom.’

The report said: ‘No reasonable person who has listened to the audio recording could believe his claim that the purpose of the two men’s visit was to discuss interior decoration. Mr Vaz’s claims … are, frankly, ludicrous.’

As the trio waited for a third rent boy – a Romanian – Mr Vaz offered to buy him cocaine, the report found.

The MP – who in 2010 demanded action against the ‘dangerous’ cocaine trade – said he did not want any but would be willing to pay for the Romanian to have some, the tape revealed.

The report said: ‘The men can be heard discussing ‘poppers’, ‘weed’ and ‘coke’. Mr Vaz was the first to mention ‘coke’ that evening.’

In 2016, the Met examined the case but did not to take any action. Mr Vaz told the commissioner the recording could not be relied on and insisted he had never taken drugs.

Initially, Mr Vaz tried to dismiss the Sunday Mirror’s investigation as bearing ‘no relation to what actually occurred’.

But when asked by the commissioner what had really occurred, he pleaded amnesia. He claimed his drink must have been spiked.

The inquiry said the one-hour-40-minute recording proved he had not been incapacitated, as he spoke freely to the prostitutes.

The report said: ‘He knew about their pet dog, the study plans of one of the men, their travels and their overdraft. These are not the details most people would know about their decorators.’

The commissioner found it ‘extremely puzzling’ that Mr Vaz did not wheel out his amnesia claims until later in the inquiry.

She added that the fact Mr Vaz was calling himself a false name also undermined his claims.

The MP’s wife of 26 years, Maria Fernandes, revealed in an interview with the Mail a week after the story broke how he had begged her for forgiveness – contradicting Mr Vaz’s claims he had not spoken to her, said the standards commissioner, who added: ‘Mr Vaz’s wife said that she said she had had no inkling that her husband enjoyed sex with men. The article said Mr Vaz had told his wife ‘something was going to break [in a newspaper], that it was bad…While he did not go into detail, he did concede – to his wife’s incredulity – that his infidelity involved men’.’

The report said Mr Vaz ‘has done himself no favours by his inability to provide a single, consistent, plausible account.’

It revealed the lengths he went to ‘throw dust in the eyes of the commissioner and the committee’, adding he ‘has done his best to complicate, obfuscate and confuse the inquiry’.

The MP claimed he was the victim of conmen and produced a ‘dossier’ of claims about the rent boys, including that one had a ‘conviction for littering from a vehicle’. This was rejected as irrelevant.

He claimed the Sunday Mirror’s tape was ‘doctored’ but an independent expert found it was not.

He complained he was the victim of ‘entrapment’. But the committee said the sting had not ‘fostered’ Mr Vaz’s misconduct, but rather had exposed it.

The report said: ‘There is no evidence to suggest that Mr Vaz was being steered in directions he was unwilling to go.’

The committee said it was ‘difficult, to put it mildly’ to accept his excuses. It said the inquiry could have been finished long ago if he had told the truth.