I WAS sitting in a pub minding my own business in the early summer of 2016 when this bloke I didn’t know sidled up to me.

Smiled at me and said: “You know, myester Englishman. You must vote Leave in that referendum.” 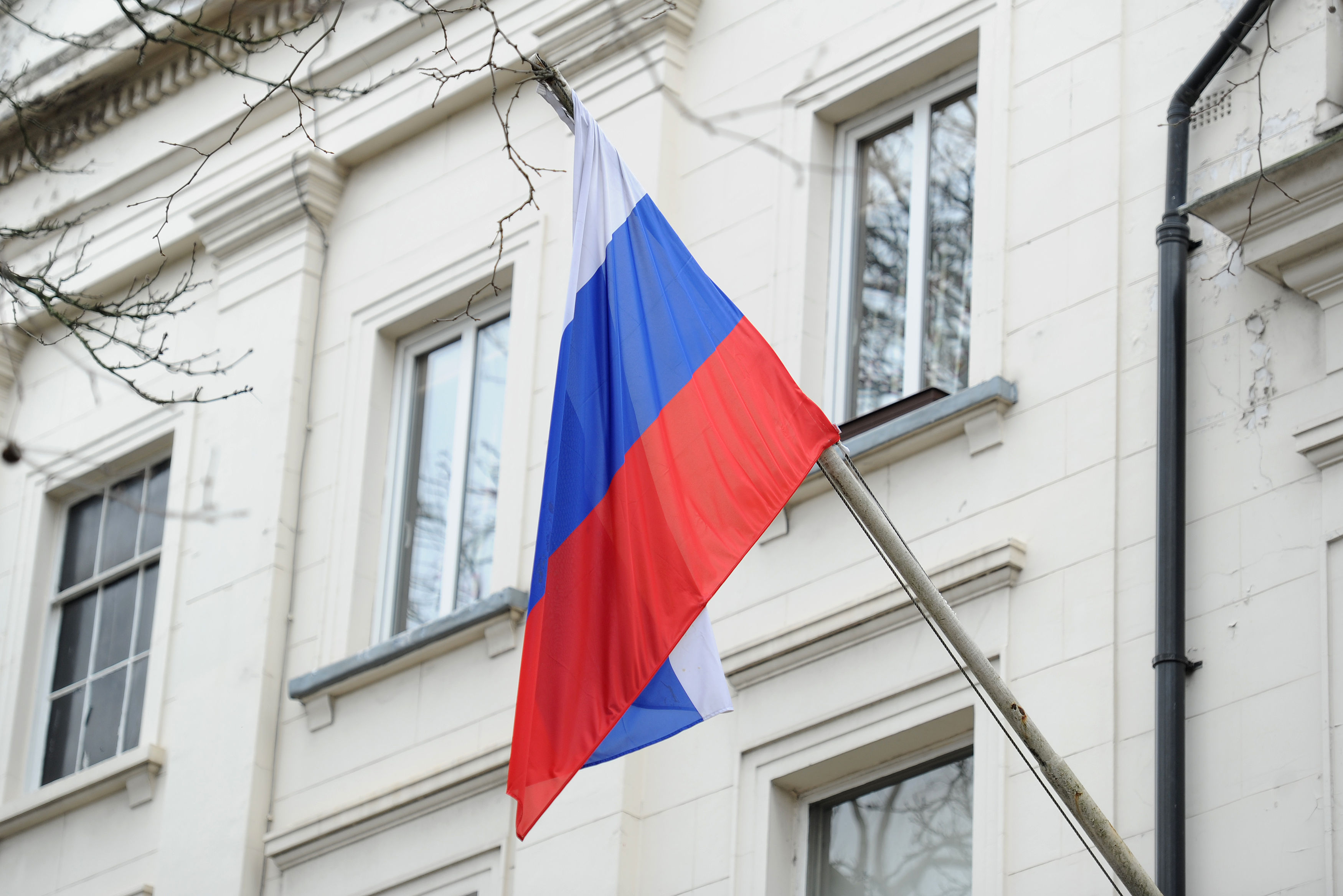 I said to him: “Excuse me, sorry for asking, but are you a Russian?”

He looked aghast and said: “Nyet! Why would you think that?”

And I said: “Because you speak funny, you have borscht on your tie and you’re glowing, in a radioactive manner, slightly.”

He went off around the pub saying the same thing to everyone else. Later, I saw him with a bottle of vodka in one hand doing that dance where you crouch down and kick your legs out and shout “ha!” every so often.

I wandered up. “Are you SURE you’re not a Russian?”

There’s vodka dribbling down his chin and he smells of piroshki dumplings and isotopes. “Nyet! I am Englyishman. My name is Jyohn Smeeth.

OK, that didn’t quite happen. But the remainers have got it into their heads that something like it did.

We all voted Leave because the Russians interfered in our referendum. Meddled with our democratic process. Which is why we should stop leaving and have another vote.

The allegation is that the Russkies tried to persuade us to vote leave by spreading false news around.

What false news was that? That the European Union is an authoritarian bureaucracy run by pygmies from Luxembourg? That the EU wanted ever-closer political control over our country?

That we spent enormous sums of money keeping gibbering oafs like Jean Claude Juncker in office, while subsidising the useless states of Europe?

I don’t know if special agents Ivan and Dmitri were putting that stuff around, but I was well aware of the fact long before if they were.

Is there anything anyone can point to which suggests that the Russkies had an effect? There’s an allegation that they tried to ensure that the Scots voted for independence from the UK.

And we should all vote for Jeremy Corbyn in the 2019 election. Not hugely successful meddling operations, then, were they?

The thing about the alleged Brexit meddling is that it plays into the same narrative the remainers have been peddling for four years. We were all thick, us leavers.

We voted Leave because we were DUPED. First by Boris and Nigel Farage. And now by the devilish Russians. Too dense to understand we were being conned, we voted Leave.

Looking at the EU today, I’ve never been happier that we voted to get the hell out, incidentally.

I have no doubt the Russians meddle in our affairs. I very much hope our own cyber spies are doing the same thing to them. I know the CIA is up to all sorts of tricks.

Russia is not a very pleasant country right now and we should complain when it crosses the line — which it does, every month or so.

But the idea that it had a decisive effect in our Brexit referendum is an insult to all those of us who thought long and hard and then voted Leave.

The remainers can’t get over that we did so. They cannot bear to be defied. Tough. It wasn’t the Russians wot won it. It was us, the ordinary people of this fine country.

And we’re still very glad we did.

COVID has been good for some people. A lot of better- off people have been able to save loads of money, for example. And they don’t come much better off than the boss of Amazon, Jeff Bezos.

Jeff has seen his income rise by a very agreeable £13billion. That’s kind of enough money to buy France. So how about this, Jeffrey?

How about you get your company to pay the right amount of income tax in countries where you make so much money, such as the UK?

Last year Amazon did £11billion worth of business in the UK – and paid £220million in tax. That’s a tax rate, then, of two per cent.

Not right, is it?

Battle of the unsexy

GOB on a very strange stick Janet Street Porter has been screeching about men. Again.

She was having a go at Prince Andrew. Well, fair enough. The bloke is neither use nor ornament. And may soon be up to his neck in legal problems. 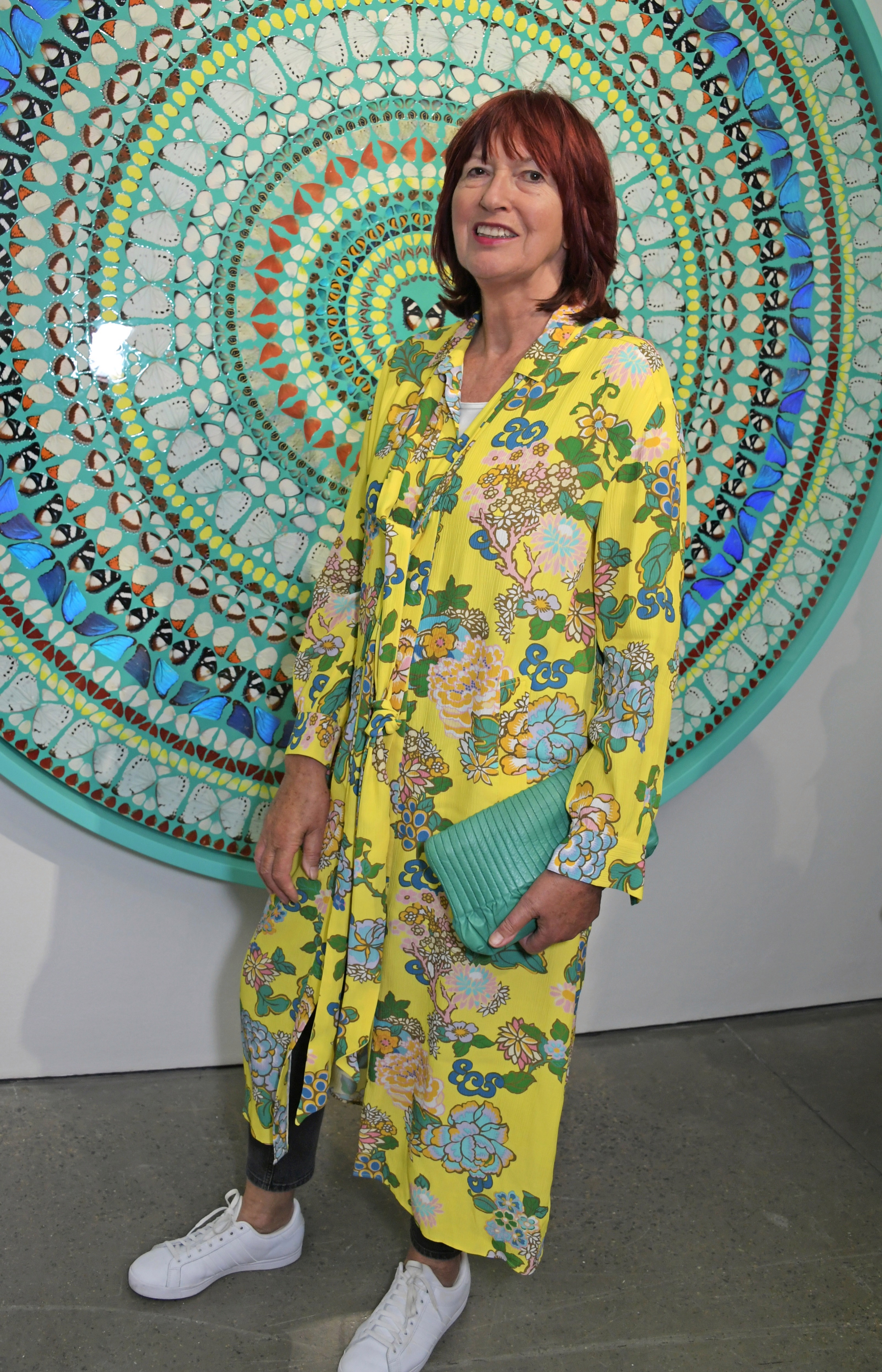 I agree with the first part of what the toothy old harridan had to say. “Prince Andrew has no skills, no mates and no redeeming features.”

Yup, largely agree, pet. But then she went on: “And so many modern middle-aged (and over) blokes are like that. That’s why women have drinks parties with their mates on Zoom, binge watch Netflix . . . and only laugh when they’re talking to gay men or their girlfriends.”

She ended up by saying that men were becoming “redundant”.

Can you imagine the outrage if I had a go at a spectacularly useless woman – Janet Street Porter, for example.

And then said most women were like her and that women in general are becoming redundant?

Ooh, there’d be howls of outrage.

A LECTURER who said Jewish people had high intelligence has been sacked.

Stephen Lamonby also said that Germans were good at engineering. For this – expelled. No job any more.

Here’s the thing. Jewish people make up 0.3 per cent of the world’s population. And 20 per cent of Nobel Prize winners, like Bob Dylan, pictured.

Countless studies have been done which show that Ashkenazi Jews have what one researcher, called, “the primo gene”.

A high intellect. And Germans – well, they have been good at engineering, haven’t they?

Engineering Daily ranked countries in order of their prow-ess in the field. Germany came top.

The magazine said: “Germany has long stood the test of time to emerge as a champion in the engineering field, reputed for its technical universities, internships and perhaps a culture and an economy that rewards engineering skills with both prestige and career growth.”

Telling the truth, then, can now cost you your job. This moronic terror of the truth now infests most of our institutions. It has to stop.

In for a life of hell

DAVID and Mary Sheldon took their newborn baby boy to the register office.

And then got very upset. The registrar complained about their choice of name for the kid. Said it might cause him problems getting a job, later on. 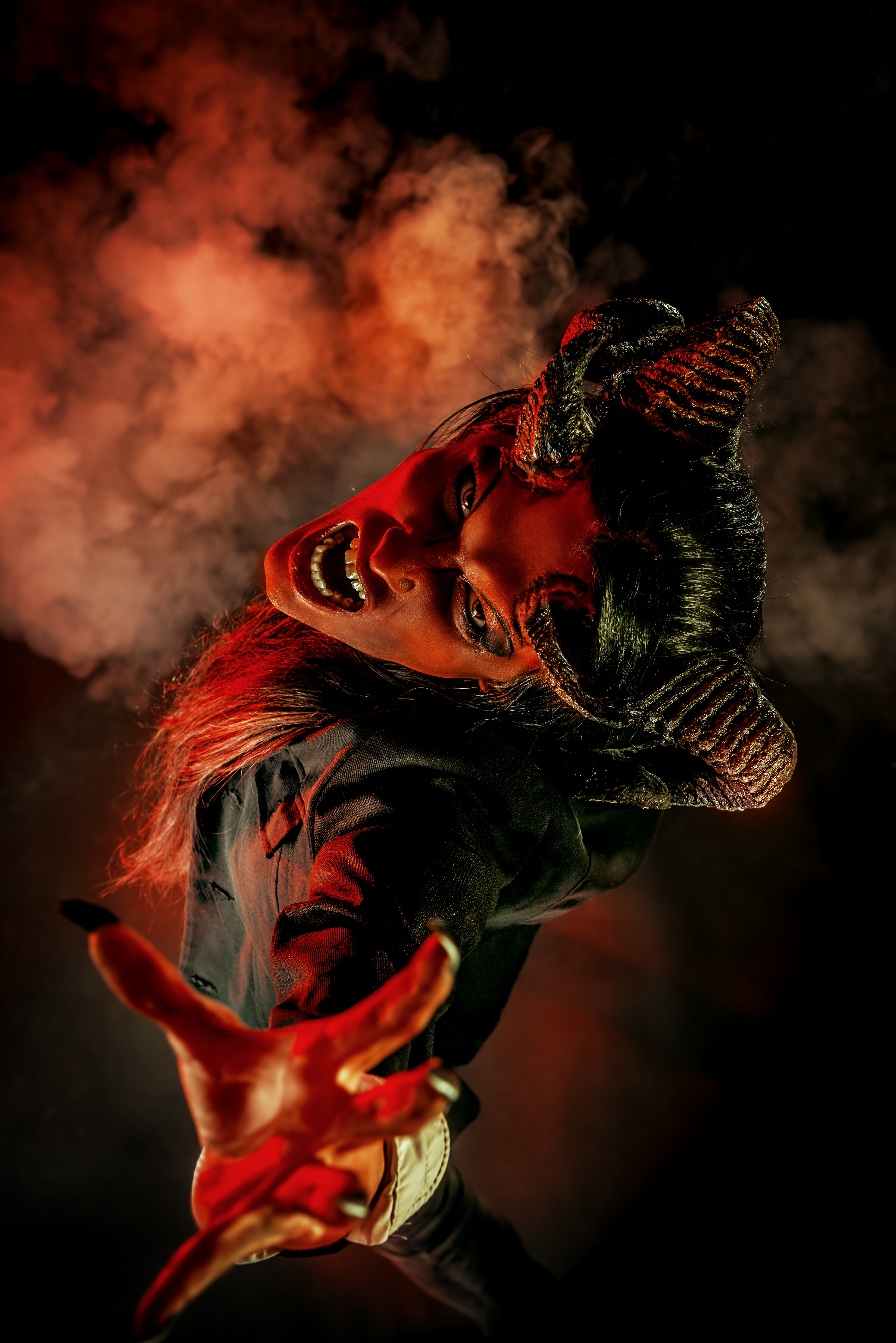 The Sheldons were very angry, but eventually got their way. The name they chose for their son? Lucifer. Yep, that’s right, the Prince of Darkness. The parents said Lucifer meant “bringer of light”.

And while technically they might be right, it also means “that nasty, scaly, red b who lives in Hell”.

A spokesman for Satan said yesterday: “I’m delighted by the Sheldons’ choice of name for their child. Lucifer is a much maligned and misunderstood entity.

“We will keep a close eye on the little mite and ensure that one day he rules the world, ha ha ha ha ha . . . ”

I WAS sitting in a restaurant up here on Teesside. First meal out since lockdown. Large bloke comes in wearing a face mask. Uses the hand sanitiser by the door.

Sits down, very carefully keeping his distance from everyone else. He orders a double chicken parmo. 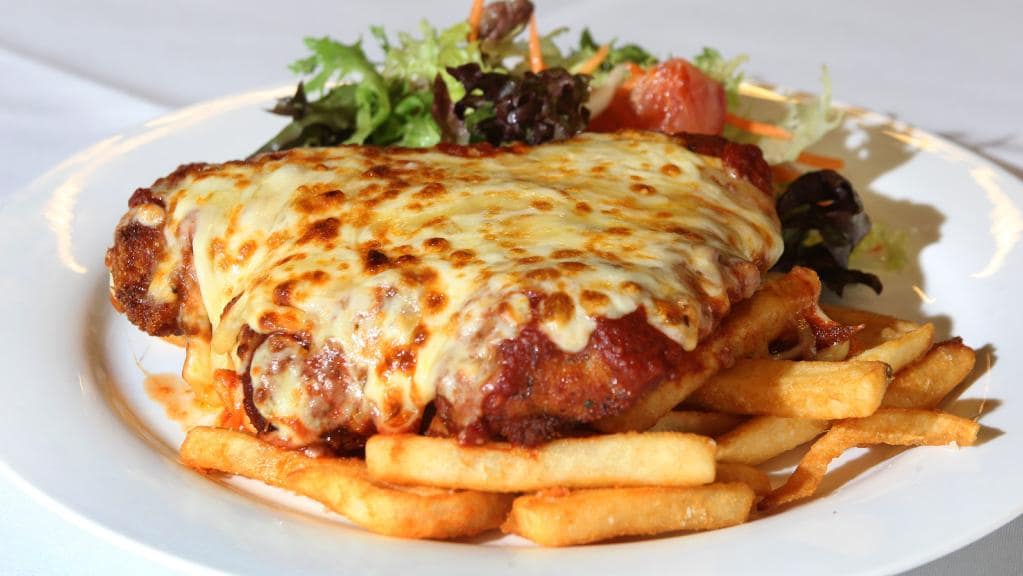 For those of you not from Teesside, here’s what a parmo, pictured, is. A breast of chicken hammered flat. Then coated in bread- crumbs and deep fried. Then smothered in creamy bechamel sauce. And then with loads of Red Leicester on top of that.

You eat it with chips and it’s 2,600 calories. He ordered a DOUBLE.

You could almost hear his heart saying to him: “Look mate. Speaking on behalf of all of your bodily organs. We’d much rather you got Covid than ate that.

“I think we can cope with Covid. But that thing is going to finish you off.”

SPAIN has seen a big rise in Covid cases. Yup, amigo, it’s the dreaded “second spike” we’ve all been worried about.

But people from the UK can still travel to Spain unhindered. And Spaniards can travel here without restriction.

The Government says it will look at individual countries and, if need be, take them off the “air-bridge” list. Here’s my suggestion, Boris. Do it NOW.

Quarantine for everyone arriving from Spain. Don’t make the same mistake you made in March. Back then there were NO restrictions on people from Covid hotspots – 18.1million people arrived here up until lockdown.

And that’s why we have one of the worst virus death rates in the world. Be quicker off the mark, Boris. Keep us safe.

THE BBC will not rest until all the statues of Winston Churchill are torn down and his memory besmirched.

Earlier this week the corporation broadcast a semi-literate tirade of abuse about Churchill’s “racism” and supposed brutality towards Indians.

It was by a woman called Yogita Limaye. There was no discussion about the matter. Churchill was a racist, and that’s that. Also he caused the deaths of three million people in Bengal through a famine in 1943.

As it happens, the famine was caused by a tropical cyclone. These pieces were not “news” and so should not have been on The Ten O’Clock News.

And if they were to appear anywhere they should have been balanced. They were not balanced.

Another case of the BBC virtue- signalling its wokeness. And infuriating viewers and listeners for whom Churchill remains rather more of a hero than does Yogita Limaye.