A push is under way to make medical abortion more accessible across Australia by cutting down the regulatory barriers around who can prescribe it and where it can be stocked.

Non-profit pharmaceutical company MS Health – the private sponsor behind medical abortion in Australia – submitted applications to the Therapeutic Goods Administration (TGA) in December that proposed expanding the number of health practitioners eligible to prescribe the medication, and removing the requirements for recertification and pharmacist registration. 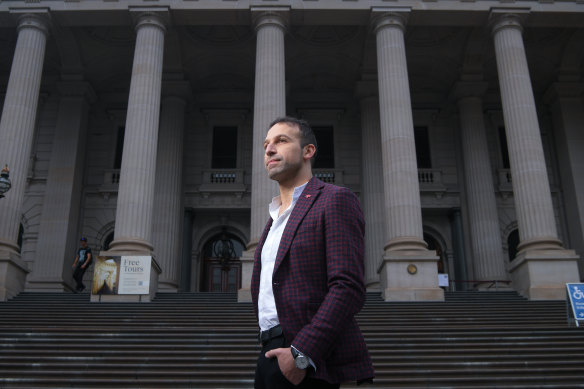 MS Health managing director Jamal Hakim hopes the company’s applications to the TGA will overhaul how medical abortion is accessed across the country.Credit:Justin McManus

The company says change is needed because ongoing stigma and bureaucratic regulation have made medical terminations hard to come by in Australia, leaving many people with little choice over how to navigate an unwanted pregnancy.

Others stress there’s a need for continued strict regulation to keep the practice safe and ensure the medication is not available over-the-counter.

“It’s going to be a game-changer,” says Jamal Hakim, MS Health’s managing director. “This could be the biggest set of changes since medical abortion was introduced in Australia 10 years ago.”

MS Health says its proposed changes, if approved, could bring about legislative reform around abortion access across states and territories.

In 2021, only 23 per cent of abortions in Australia were medical (in other words, medication was used to terminate the pregnancy). That’s compared to 73 per cent in the UK and 39 per cent in the US. The UK provides medical abortion care throughout the country via the National Health Service (NHS), meaning that – unlike in Australia – medical abortion is usually free and accessible through most GPs.

“We’ve got enough evidence now when it comes to the safety and efficacy of medical abortion, so it’s time to remove the barriers,” Hakim says.

In Australia, only doctors can prescribe medical abortion medication – a two-tablet course of misoprostol and mifepristone known as the MS-2 step. The law also requires doctors to undergo special training and registration.

According to the Australian Journal of General Practice, there were only 1345 certified prescribers out of about 35,000 practising GPs in 2019.

Hakim says the limited number of doctors opting to register is likely due to religious and political stigma surrounding abortion, Australia’s late adoption of medical abortion compared to places like the UK, and the requirement that GPs retrain every three years.

Although the expansion of access is largely supported by academics and clinicians, they stress that no regulation could put pregnant women at significant risk.

Caroline de Costa, obstetrics and gynaecology professor at James Cook University, said Australia should resist watering down regulation to the point that the MS-2 step is available over-the-counter.

“I do think there needs to be some oversight and appropriate consultation to make sure the woman has no contraindications or possible other relevant medical factors.”

Sexual Health Victoria’s medical director Dr Kathleen McNamee agrees, noting that before prescribing a medical abortion, it is important to determine how far along the person is and to check for an ectopic pregnancy – two things only a healthcare practitioner can assess.

“People accessing terminations will also require some follow-up and this is best done by the practitioner who has prescribed the medication or their clinic.”

McNamee says access to medical abortion in Australia is a “postcode lottery”, especially for those living in regional and remote parts of the country where rates of conscientious objection to prescribe are generally higher.

This is worsened by the fact that few pharmacies dispense the drug because they must register if they wish to provide it and are not able to publicise its availability.

“It can be quite a scramble to find a pharmacist near where a person lives. Pharmacists move around, or ownership might change, resulting in a conscientious objection to dispense,” McNamee says.

MS Health is determined to treat the MS-2 step like any other drug: available upon request at any pharmacy, ideally within about 24 hours. 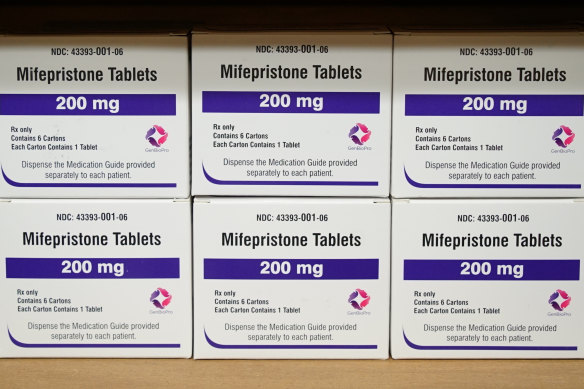 MS Health is seeking to reduce regulation around Mifepristone, part of the MS-2 Step abortion pack, making it more accessible for everyone in Australia.Credit:AP

The company is also urging the TGA to remove the recertification requirement for GPs entirely. Hakim says initial training remains imperative to understand the safety processes behind medical termination (especially since abortion falls under an ethics rather than clinical framework at universities), but eliminating re-training could encourage time-poor GPs to become eligible.

Other healthcare professionals should be able to prescribe medical abortion, according to MS Health, including nurses, midwives and Aboriginal and Torres Strait Islander health workers.

“Having them be part of the mix means that you can actually customise the process for the individual,” Hakim says. “Regardless of what community they are in, we need to be able to support them in a way that is culturally safe.”

This will require legislative change across states and territories. But Hakim says MS Health has already been in contact with health ministers from around the country, including Queensland, Victoria and South Australia, all of which have expressed interest in reform.

But health sociology professor at The University of Melbourne, Louise Keogh, says state-specific legislation is part of the problem. Australia would instead benefit from a national body designed to streamline abortion legislation across states and territories, according to the academic.

MS Health’s final application – lodged with the Pharmaceutical Benefits Advisory Committee (PBAC) – requests authority scripting be automated. Currently, doctors must call the PBAC to receive an authority number every time they wish to offer a script for the MS-2 step.

“This is a real bugbear for clinicians because it’s quite time-consuming,” Hakim says. “There have also been instances of anti-abortion sentiment on the other side of the phone.”

A medical abortion can be completed as long as the person has been pregnant for no longer than nine weeks. Hakim says automating authority scripting would reduce some administrative burden on clinicians and consequently allow pregnant people more time to make an informed choice.

MS Health must now wait for the TGA to consider the applications – which could happen any time between February and May – but Hakim says he hopes to see movement within the first half of this year.

“These changes remove barriers so more pregnant people can access medical abortion, and they can access it earlier. The earlier they can get it, the safer it is.”

The federal Department of Health was contacted for comment.