When Steve Stefanopoulos, the mayor of the City of Stonnington, unveiled a portrait of a fellow councillor at a Citizen of the Year ceremony in August last year, he sparked a peculiarly inner-Melbourne mystery.

Art matters, after all, in the mansions, cafes and galleries of Toorak, South Yarra, Prahran and Malvern.

The painting was of 80-year-old John Chandler OAM, architect, veteran councillor and key ally in the mayor’s majority group on council. 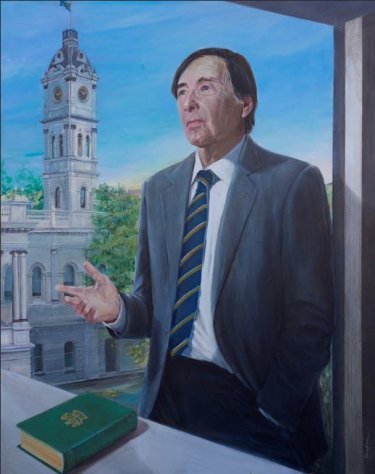 But the presentation of the portrait to Chandler left some present at the community gathering in Malvern bemused. Among them was fellow councillor, former Telstra Victorian businesswoman of the year and Liberal Party member, Marcia Griffin.

“It was such a strange thing to do at an event that’s supposed to celebrate the volunteers of Stonnington,” she told The Age this week.

Nor was it clear who had commissioned the portrait, who had paid for it, and why.

These questions are at the heart of a row raging ahead of Victoria’s looming local elections, and they highlight, yet again, how murky are Melbourne’s development-dominated local politics – even the refined variety practised in Stonnington. 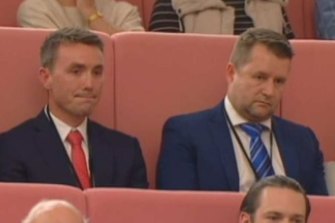 The Age has sought its own answers to the provenance of the portrait. Initially both the mayor and council chief executive Jacqui Weatherill, were coy and Cr Stefanopoulos declared it was from an “anonymous” donor.

So The Age tracked down the artist, Anna Minardo, in Italy. Among her portrait subjects is Pope John Paul II. She confirmed that the Chandler work had been paid for by someone named Bill McNee. It had cost tens of thousand of dollars.

When this information was relayed to Cr Stefanopoulos he responded “Who's Bill McNee?”, a curious response given the latter’s strong association with Stonnington.

Mr McNee is a South Yarra resident and one of the most prolific and cashed-up developers in inner Melbourne, Stonnington particularly. He has declined to be interviewed for this story or answer questions.

He is known for his political patronage and has poured hundreds of thousands of dollars into politicians and parties over the past decade. Mr McNee has been among the Victorian Liberal Party’s biggest donors and was, controversially, a major financial backer of Pauline Hanson’s comeback at the 2016 federal election.

In the current council term, Mr McNee’s Vicland Corporation has had three major developments approved by Stonnington. One of them in particular has been contentious.

In August 2019, the same month Cr Stefanopoulos presented the portrait to Cr Chandler, Mr McNee lodged a planning application for a $250 million, eight-level office and retail project at 489 Toorak Road. That application came to the council in February this year and, supported by council officers, was unanimously backed by the councillors present even though it was substantially above the recommended height limit. 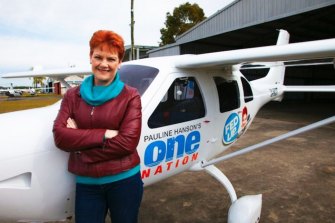 Pauline Hanson with the plane she used on her “Fed Up” campaign, which was allegedly bought with an undisclosed donation from Bill McNee.Credit:ABC/Four Corners

A notable presence in the public gallery was Mr McNee. A notable absence at the time of the vote was Cr Griffin.

Earlier that day she had received a threat of defamation action from Mr McNee through his lawyers Minter Ellison (also The Age's external defamation counsel) over alleged comments she had made about him.

Cr Griffin said this week the defamation threatprevented her from speaking and voting on his application. Cr Griffin declared a conflict of interest, left the chamber, and did not vote.

“I felt I was between a rock and a hard place. Had I voted either way I would have felt compromised," she said.

To date Mr McNee has not acted on the defamation threat. 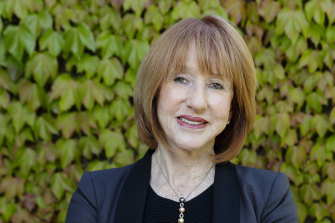 Cr Griffin also said that in a coffee meeting with Mr McNee in October, the developer appeared to offer to help her become mayor. “I think he felt he had enough sway with the councillors to persuade them or convince them”.

But relations between them turned sour around the time the Chandler portrait became the subject of an investigation by council watchdog, the Local Government Inspectorate. Cr Griffin said Mr McNee had “wrongly assumed” she was responsible for the probe.

A conflict of interest

Cr Griffin was not the only councillor feeling some pressure over the Toorak Village application. The Age has discovered that ahead of the council meeting, Ursula, the daughter of Cr Chandler, the subject of the portrait, had started working for Mr McNee on the Toorak project.

Cr Chandler confirmed his daughter, an architect, had been “engaged” by Mr McNee shortly before the application came before council. Exactly when she started and whether the arrangement continues, is unclear.

“I guess he (Mr McNee) was doing it because he was hoping it would be something I would be happy to know about,” said Cr Chandler. “Or it would be good to get me onside".

Cr Chandler also confirmed that Mr McNee had called him directly about all three projects approved by the council in the current term. When the council voted on the project Cr Chandler declared a conflict of interest over the engagement of a “close relative” and left the meeting. He did not say the relative was his daughter.

After earlier asking “whose Bill McNee?” Cr Stefanopoulos this week conceded he had in fact been “in discussions with Bill” about the portrait for some time before its unveiling. Both Mr McNee and the artist Ms Minardo were with Cr Stefanopoulos at the Citizen of the Year ceremony last year.

In late October Cr Stefanopoulos also hosted a mayoral ball at the Malvern Town Hall. The proceeds, about $65,000, went to one of the Victorian Pride Centre in St Kilda.

Among the ball's attendees was Mr McNee. Another ball-goer said that as well as paying to attend the event Mr McNee had successfully bid more than $3000 for a Melbourne Cup Birdcage Package auctioned to raise funds. The developer with a $250 million project before the council was tipping thousands of dollars into the mayor’s pet charity.

The Age does not suggest Mr McNee was involved in any wrongdoing. Nor is there evidence his funding of portraits, employment of councillor family members, or donations to councillors’ favourite causes swayed council decisions. 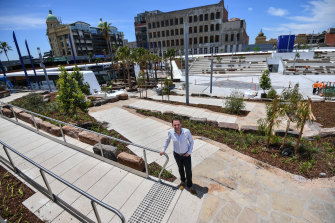 Under the Local Government Act Cr Stefanopoulos was probably not obliged to declare a conflict of interest over the donation to the Pride Centre. The Age does not suggest he had a conflict.

But as Victoria’s anti-corruption commission IBAC considers reform recommendations to the Andrews government over the Casey land scandal, the Stonnington saga will likely give IBAC food for thought, especially in the area of gifts.

The Local Government Inspectorate has completed a narrow probe of the portrait issue and found no offences were committed by councillors because the portrait had officially been gifted to the council, not to Cr Chandler. Stonnington is now updating its gifts policy as recommended by the inspectorate.

However on Monday night veteran councillor Judy Hindle will call on the council to return the portrait to Mr McNee. “I think the whole episode is disgraceful and it tarnishes the whole council,” she said.

This week Cr Chandler insisted he knew nothing about the portrait before seeing it for the first time at its unveiling. "I didn't consider it to be a very good likeness," he said.

Do you know more? Send us a confidential and encrypted message on Journotips