There has been very little movement on the Deshaun Watson front for a year now. The Houston Texans quarterback spent the entire year on the active roster but never appeared in a game or practiced with the team. He'd requested a trade back in early 2021, but it never materialized, largely due to the 22 civil lawsuits that have been brought against him for sexual harassment and/or assault.

After spending the entire season in stasis, Watson's future is no more clear now than it was a month ago, or six months ago. But on Tuesday, Texans general manager Nick Caserio gave us the closest thing to an update that we've heard in quite awhile.

On Sports Radio 610, Caserio said it "more than likely would not be the case" that Watson plays another down for the Texans. He left the door open ever so slightly, but it seems that the Texans as an organization are done with Watson.

“I think we have to be open-minded and just take the information and process it and ultimately make the decision that we feel makes the most sense for everybody involved, whatever that looks like,” Caserio said via NFL.com. 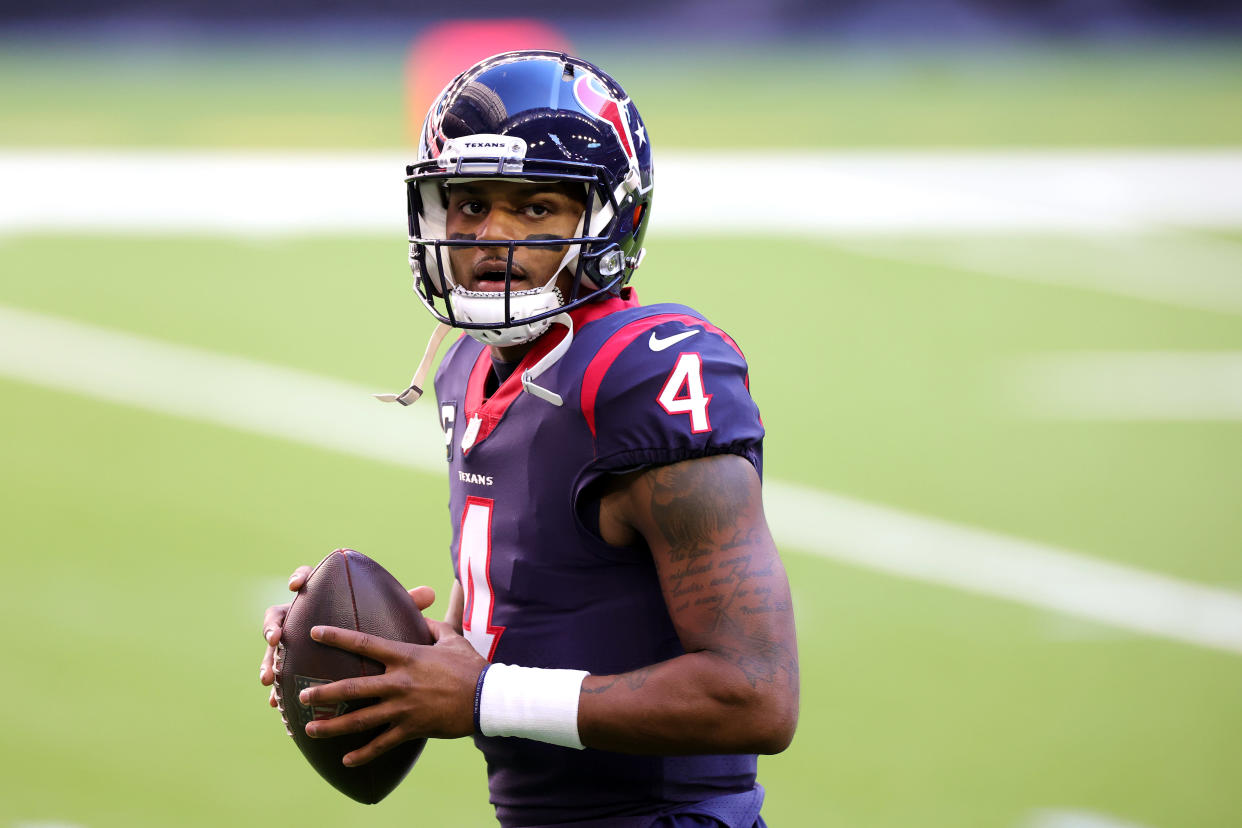 While that's not exactly news — it was clear a year ago that Watson and the Texans had irreconcilable differences — Caserio actually saying it is notable. Of course, a lot of Watson's future depends on two things: Caserio finding a trade match that Watson would approve of, and Watson himself settling those 22 civil cases, which could be (and reportedly was last year) a major sticking point with potential trade partners.

Watson is only one part of the huge job Caserio has in front of him: turning around the Texans. He'll be doing it without David Culley, the one-and-done head coach Caserio fired last week due to "philosophical differences." He might also be doing it without the No. 3 pick in the 2022 draft, which the Texans earned for going 4-13 this season. Caserio told Sports Radio 610 that he's open to trading that pick to another team.

"Absolutely. Always open for business. You never want to limit yourself," Caserio said about trading their first-round pick. "I've always been open-minded when it comes to the draft. … Every team and every individual has a different philosophy. 'We're not gonna trade, we're always going to pick, we're not going to move.' I think we're a little bit more open-minded, progressive thinking, move up and down. And it's not just move to move."

Given how much work Caserio has in front of him, he definitely shouldn't trade that high pick to just "move to move."