A joint state investigation found that a former top Tennessee vaccine official might have mailed herself the same muzzle she claimed last month to have received as a threat to keep quiet, arguing that Republicans had pushed for her firing because she shared factual information with doctors about the legalities of vaccinating un-emancipated minors against COVID-19 without parental consent.

Records now indicate that the muzzle was paid for by Dr. Michelle Fiscus’ own American Express credit card, according to an investigative report from the Tennessee Department of Safety and Homeland Security obtained by The Tennessean. In the memo, Special Agent Mario Vigil noted that “there is no evidence to indicate that the dog muzzle was intended to threaten Dr. Fiscus.”

Fiscus denied in a tweet Monday that she sent herself the muzzle, which arrived in an Amazon package.

The investigative report, first obtained by Axios Nashville, calls into question Fiscus’ credibility, as she and her husband, Brad Fiscus, have made multiple televisions appearances, including with CNN’s Anderson Cooper, claiming that Republicans wanted her to stop talking about vaccinating people.

“Regarding the muzzle: I ASKED Homeland Security to investigate the origin. Just provided a redacted HS report by Axios Nashville,” she tweeted Monday. “Report says a second account was made under my name from a phone in WA? Waiting on unredacted report. Hold tight. No, I didn’t send it to myself.” 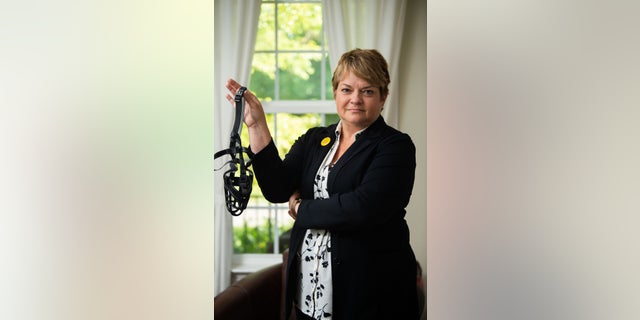 Fox News reached out to the Tennessee Department of Safety and Homeland Security for added comment.

Perhaps her most egregious offense, the department noted how Fiscus sought to divert state funding to a vaccine nonprofit she founded, representing a severe conflict of interest that raised concerns of alleged fraud.

Fiscus initially claimed she believed she lost her job to appease GOP state lawmakers after she distributed information to doctors about the Mature Minor Doctrine, which permits health care providers to treat certain minors without parental consent, according to the “Rule of Sevens.”

The state health department said the rule allows doctors to treat minors age 14 and older without parental consent “unless the physician believes that the minor is not sufficiently mature to make his or her own health care decisions.”

Days after Fiscus made national headlines, Lee pushed back against claims about his Vaccines for Children Program, clarifying that the state’s state health department never stopped providing information and vaccine access to Tennessee parents.

“The department is mindful of ensuring parents, not kids, are the intended audience for any outreach efforts regarding medical decisions for children and has simply reevaluated some tactics like reminder postcards and follow-up communications,” his office said at the time.