The birds of prey glide through the skies above Dumfries and Galloway in Scotland. 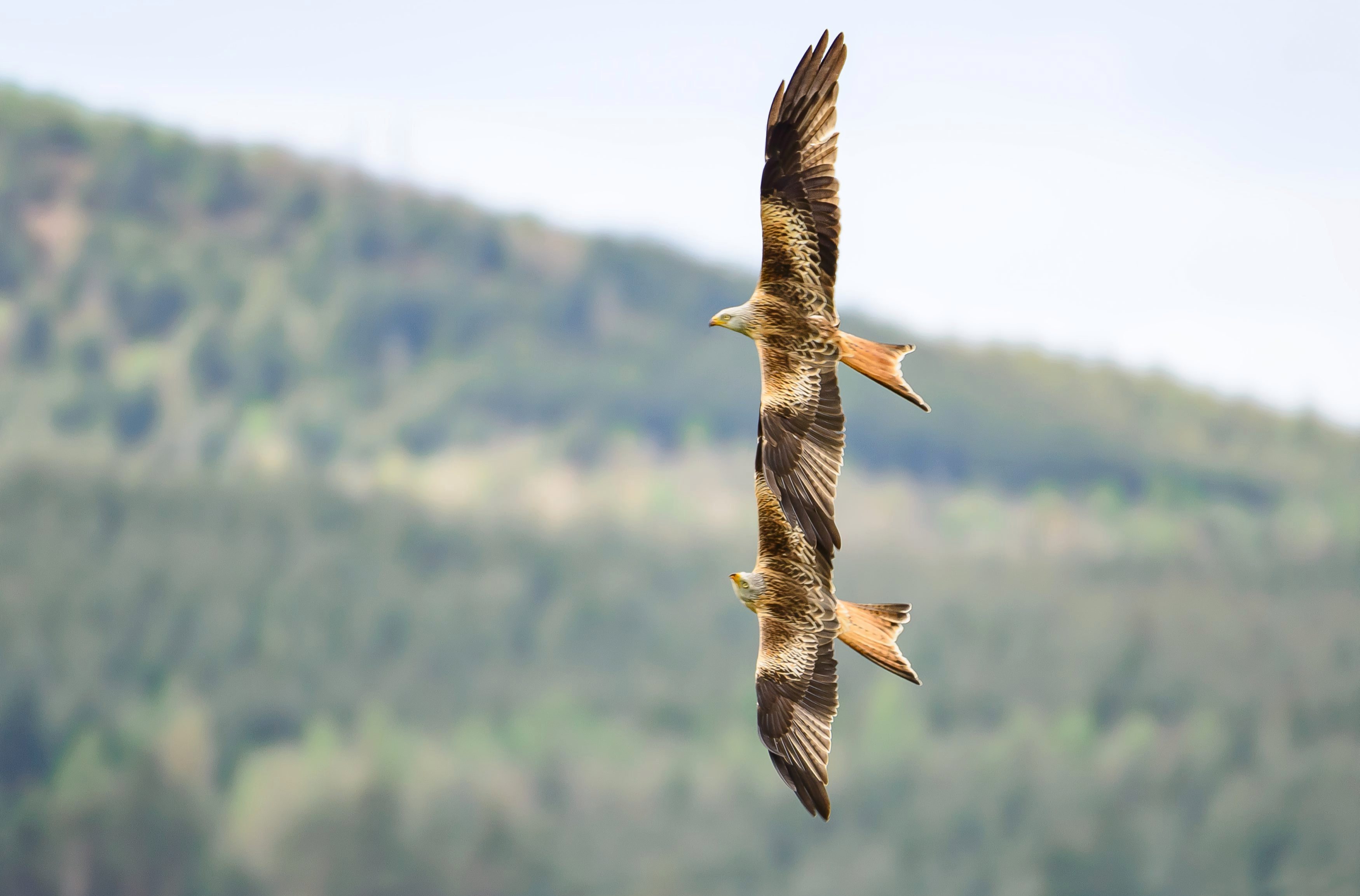 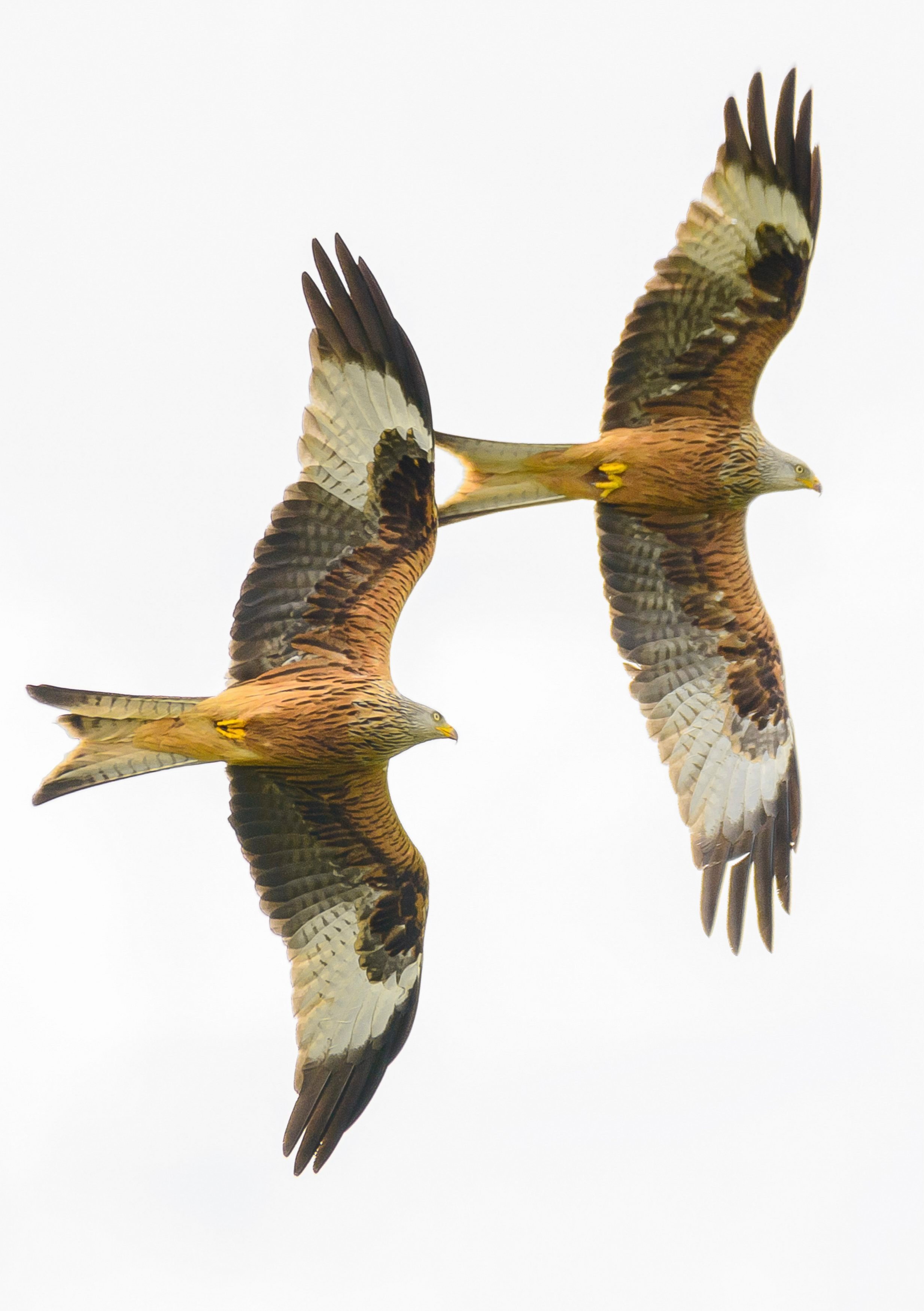 Snapper Kenneth O’Keefe, 62, captured the images as the kites were being fed chicken pieces on a farm.

The father of two said: “I knew Dumfries and Galloway is a stronghold for Red Kites in the wild and it was my plan to get photos of them – I’d never seen them prior to this.

“The red kites gather in excess of a hundred at Bellymack Hill Farm as each day the owner throws chicken pieces into a field and onto a table and viewing is quite close.

“The birds will regularly jostle in the air and when I saw my photo of the two flying in close formation it immediately made me think of the Red Arrows.

“I love the photos as birds of prey are among my favourites to photograph and I’d never seen one of these before as they are only found in limited areas of Great Britain.

“At one time they were extinct in Scotland and had to be reintroduced.

"Luckily now they are becoming well established – so much so that tagging them has been discontinued.”