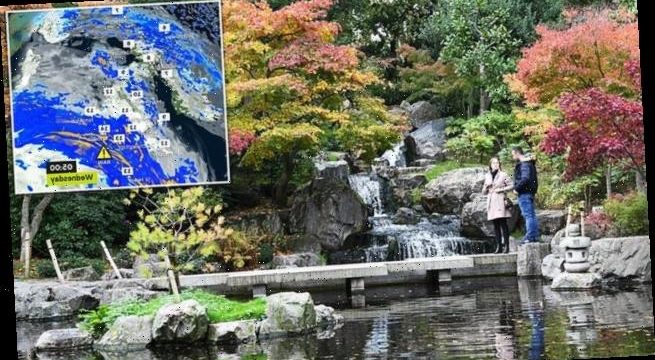 Brace for Storm Barbara: Britain will be hit by 40mph gales and a fortnight’s worth of rain in three hours tomorrow with flooding ‘likely’ as Met Office issues severe weather warning

Parts of Britain will be hit by up to two inches of rain in six hours and 40mph gusts tomorrow as Storm Barbara sweeps in from mainland Europe, bringing flooding and treacherous conditions on the roads.

The storm, named by Spanish meteorologists, has been striking Spain and Portugal today, with some areas on the Iberian peninsula possibly seeing the equivalent of four to six weeks’ worth of rain in just a few days.

Barbara will then hit southern England from the early hours of tomorrow morning, with gusts hitting 40mph through the Dover Strait and up to two inches (50mm) of rain expected to fall in three to six hours.

The average monthly rainfall for counties in South East England in October is around three inches (75mm), meaning some areas could see more than a fortnight’s worth of downpours in just a few hours.

The Met Office has issued a rain warning covering the south coast up to the Midlands from 3am until 2pm tomorrow amid an alert for delays to train services, spray on roads and flooding of homes and businesses. 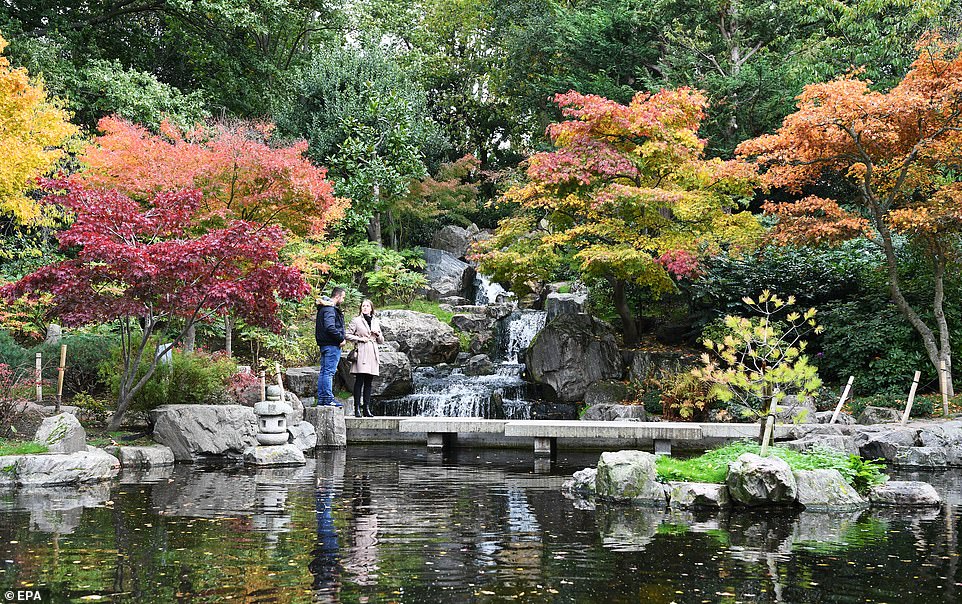 A man and woman look at the autumnal colours this afternoon at the Kyoto Japanese Garden in Holland Park, West London 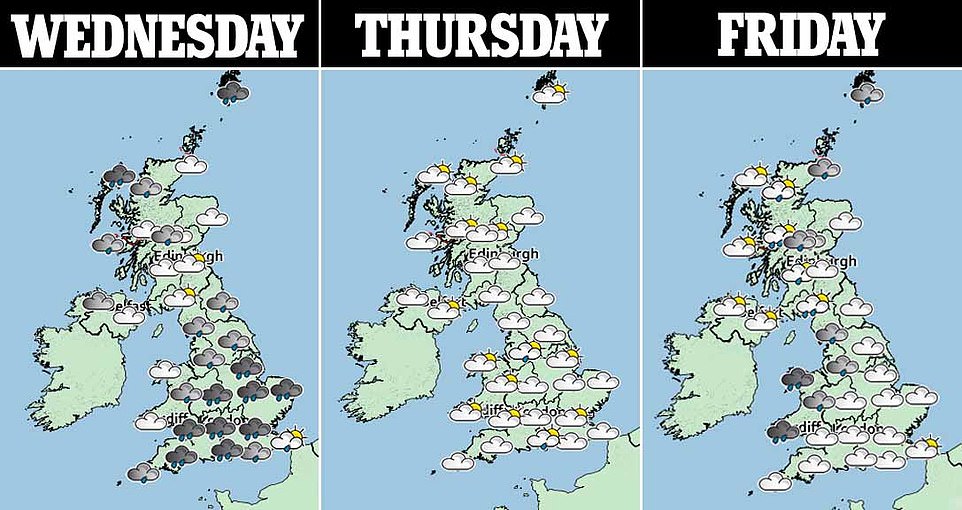 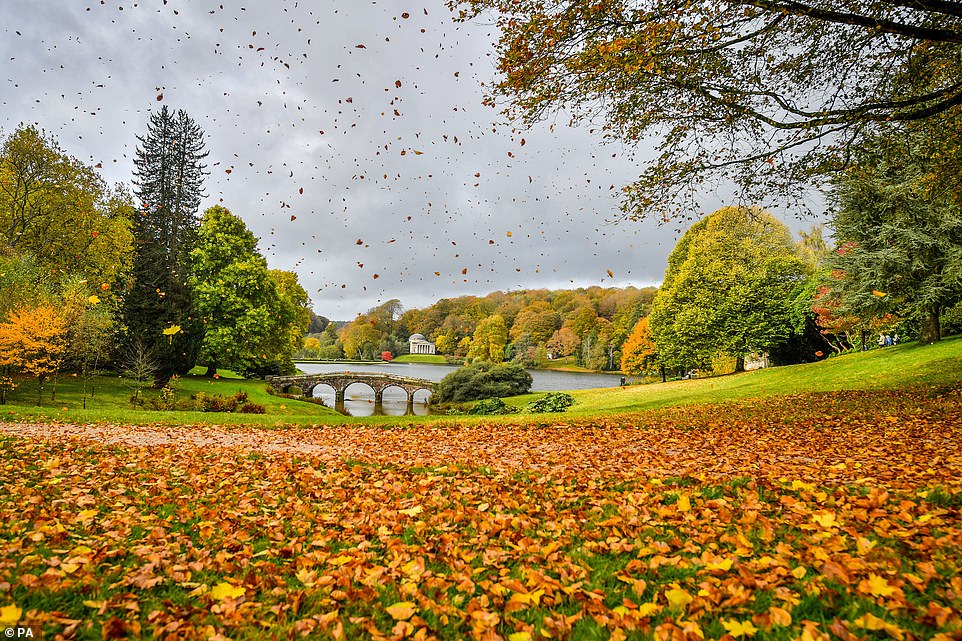 Autumn leaves are blown from trees today as a gust of wind passes over Stourhead, a National Trust property in Wiltshire 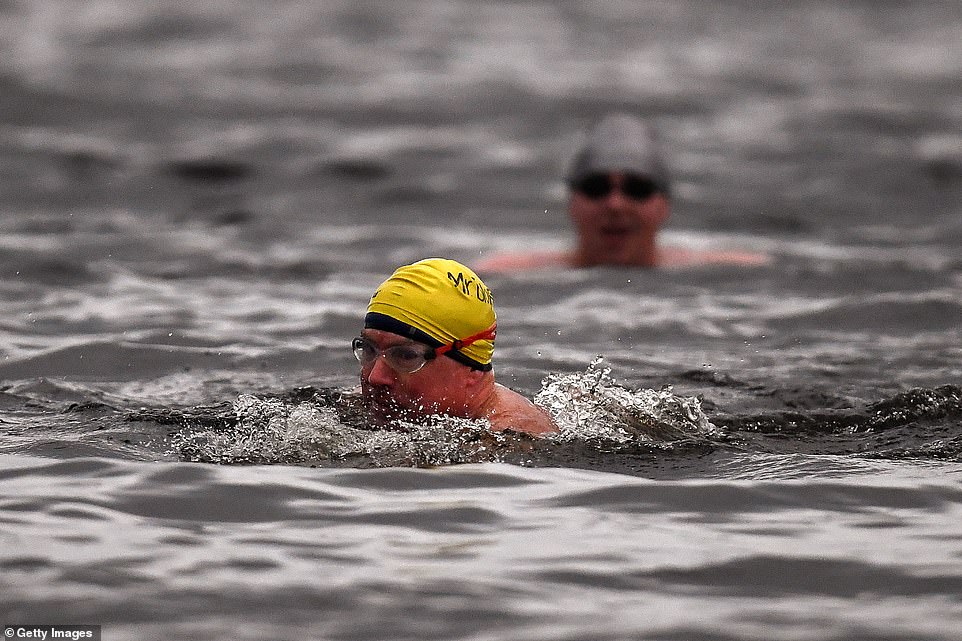 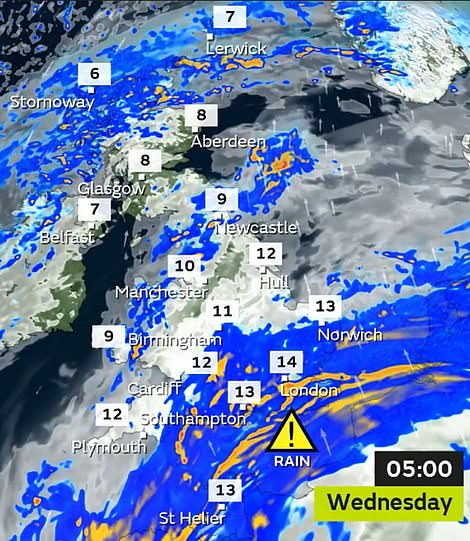 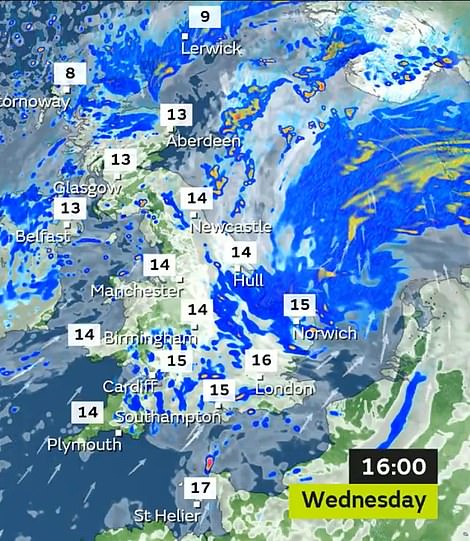 Storm Barbara will sweep into southern England in the early hours of tomorrow morning (left), bringing rain all day (right) 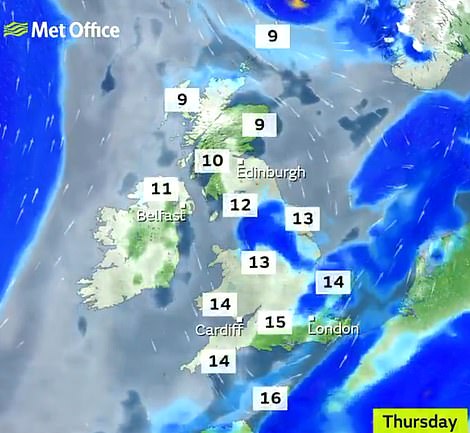 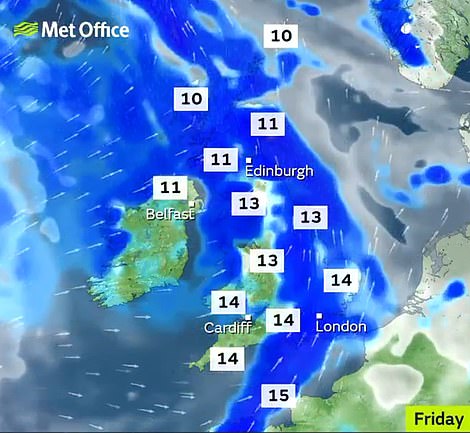 Met Office meteorologist Oli Claydon said the storm ‘will bring some wind and rain to parts of the UK, particularly in the South tomorrow’. 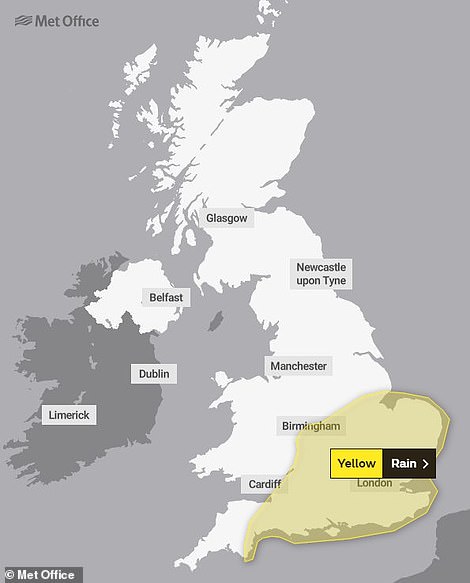 The Met Office rain warning runs from 3am to 2pm tomorrow

Mr Claydon said winds could be particularly strong across ‘exposed coastal locations’ and through the Dover Strait. ‘Any ferry crossings, for instance, could be quite rough,’ he added.

Mr Claydon said wind gusts could reach up to 40mph through the Dover Strait and in the South East, with these being ‘a little bit stronger’ across the Channel.

He added: ‘It will be breezy everywhere but the stronger winds are confined to the south-east of the UK.

Mr Claydon said the UK can expect ‘unsettled’ weather for the rest of the week.

‘That wind and rain clears off into the North Sea and after that we’re left with a continued spell of unsettled conditions across the UK through the week,’ he said.

‘There will be periods of slightly more settled conditions and at times brighter weather as well, so there will be some sunshine around.

‘But generally remaining broadly unsettled, with further wind and rain to affect the UK through the weekend as well.’ 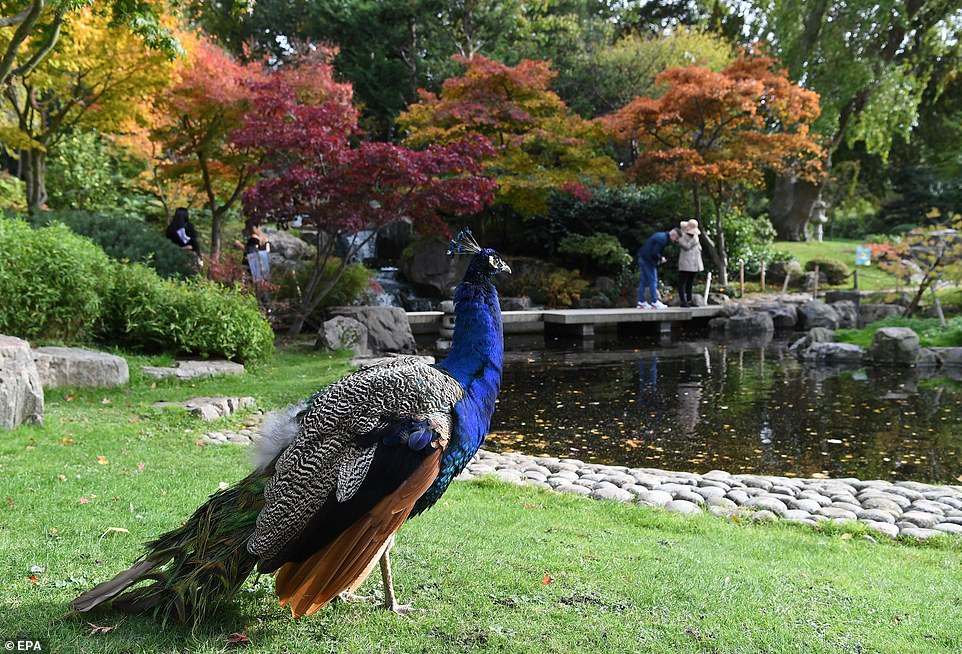 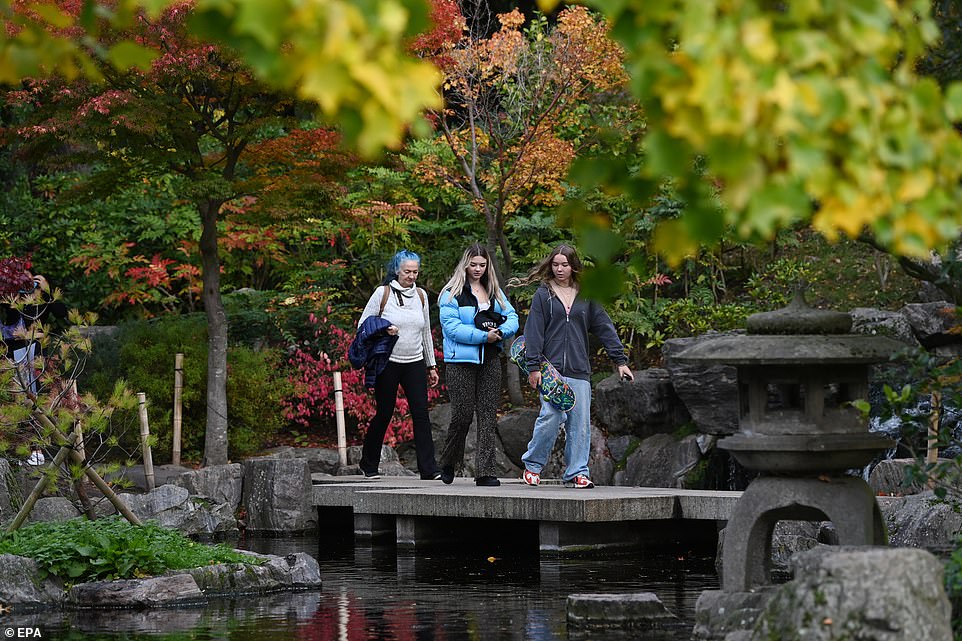 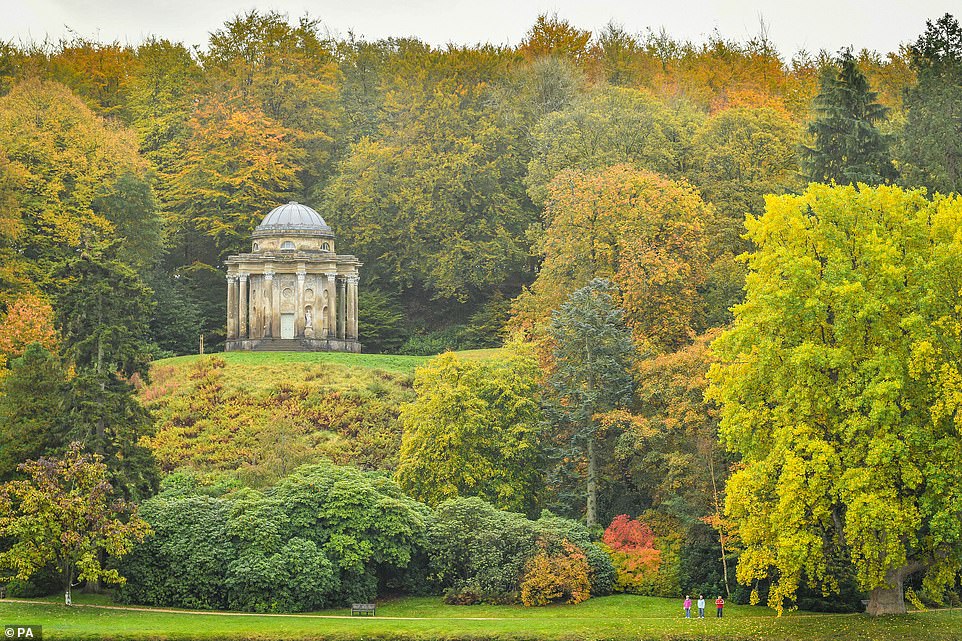 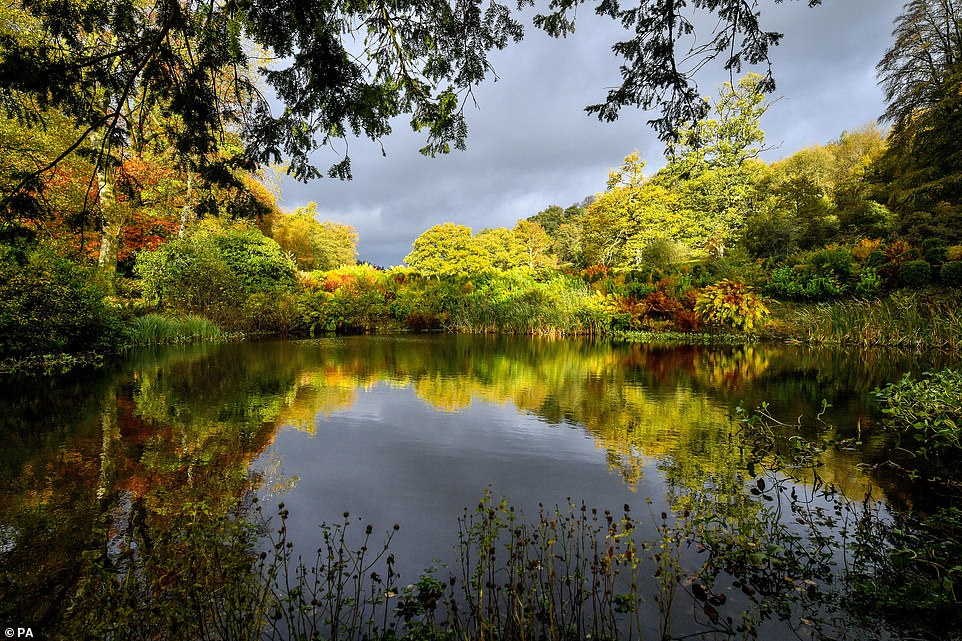 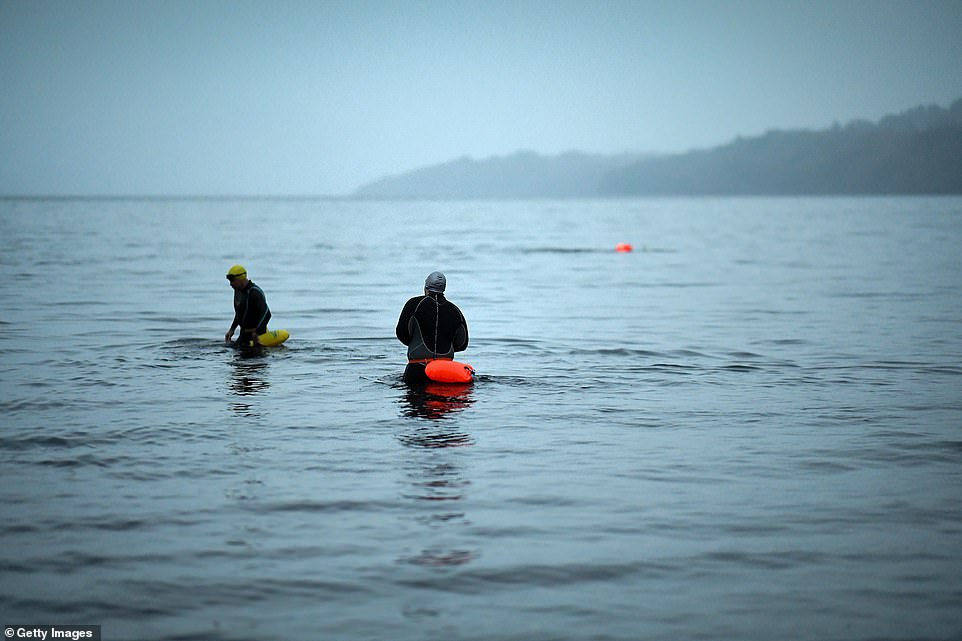 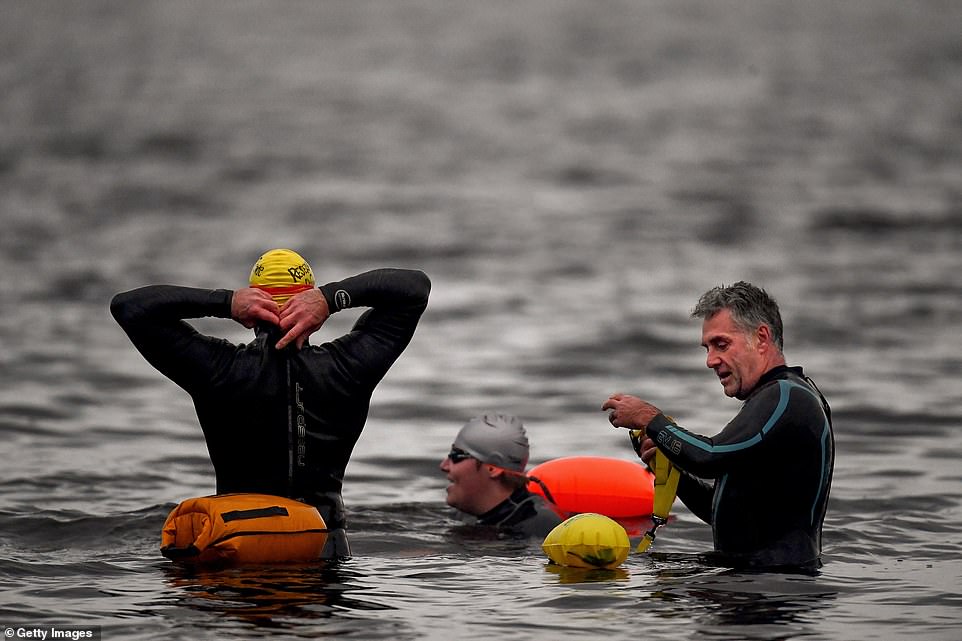 Met Office chief meteorologist Frank Saunders said: ‘We are expecting rain or showers for many areas on Wednesday, possibly heavy and blustery in the South East.

‘It will be quieter on Thursday but more unsettled from Friday, with spells of wet and windy weather moving in from the west.’

The Met Office added that there are no indications in the forecast for the rest of October of conditions likely to lead to heavy snowfall, saying: ‘If we see any snow at all it is likely to be confined to Scottish hills.’