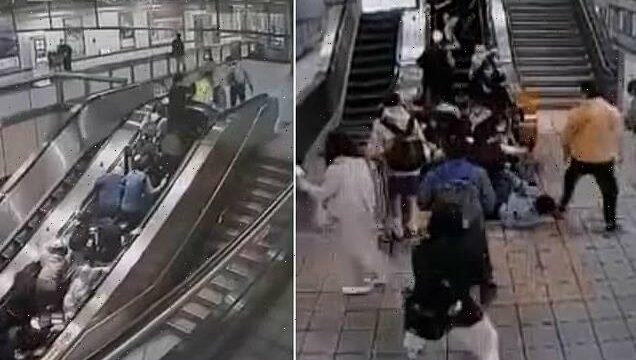 This is the moment a faulty up escalator suddenly ran backwards, sending dozens of commuters tumbling into a crush at the bottom.

Footage shows an escalator at Xinpu Station on the Taipei Metro in the Taiwanese capital suddenly speed backwards as passengers tried to reach the ticket hall from the Blue Line.

After the incident, on March 11, Taipei Metro admitted escalators played a part in almost half of the 337 injuries sustained at the railway in 2020. 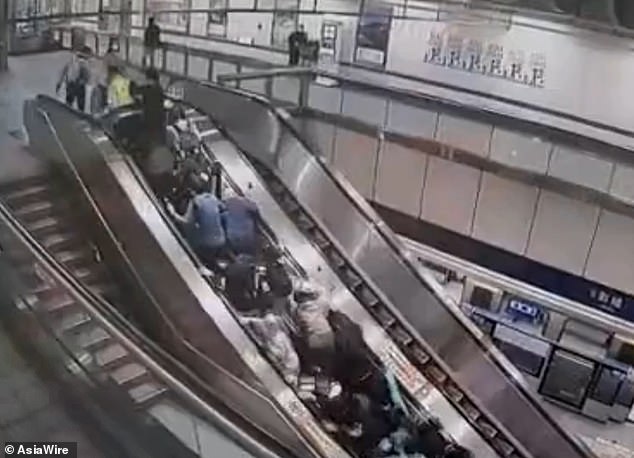 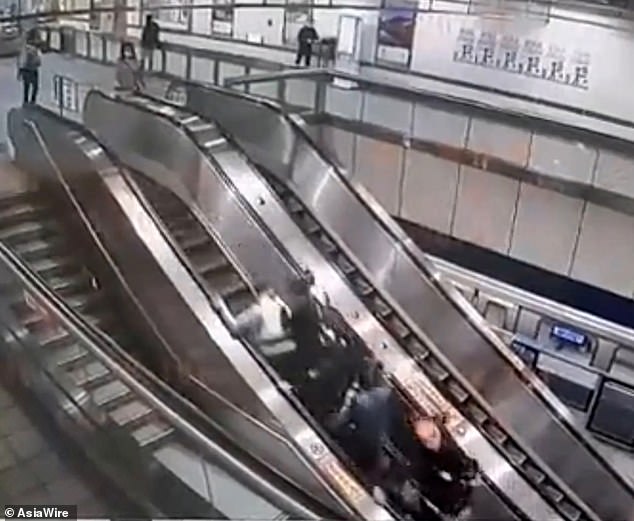 After the incident, Taipei Metro admitted escalators played a part in almost half of the 337 injuries sustained at the railway in 2020

In that year alone compensation payouts for escalator-related accidents hit more than NT$3.72million (£99,211).

According to the news site Baidu, the ascending escalator suddenly plummeted without warning while around 30 passengers were standing on it.

Three commuters sustained minor cuts and scrapes in the accident, while one person sprained their ankle.

In CCTV footage, commuters are seen nearly reaching the top of the escalator when it suddenly speeds backwards.

People frantically tried to run up the steps but their efforts were in vain.

The passengers collided with others at the bottom of the escalator who were stepping onto it, causing a pile-up of bodies.

A fault in the escalator’s brake circuit caused the malfunction. The operator said it was providing care to the injured passengers.

It also apologised for the incident and said maintenance staff were working to make sure something similar does not happen again. 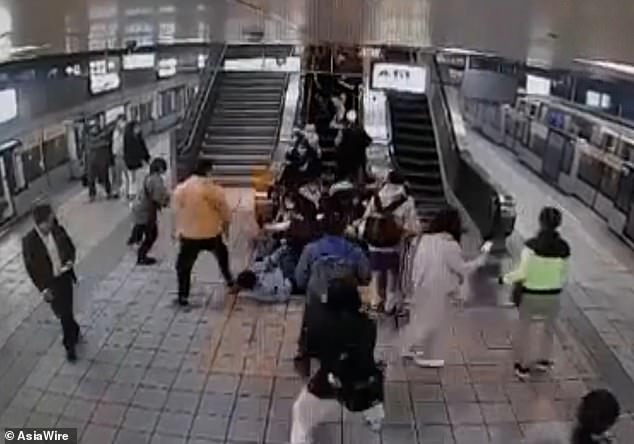 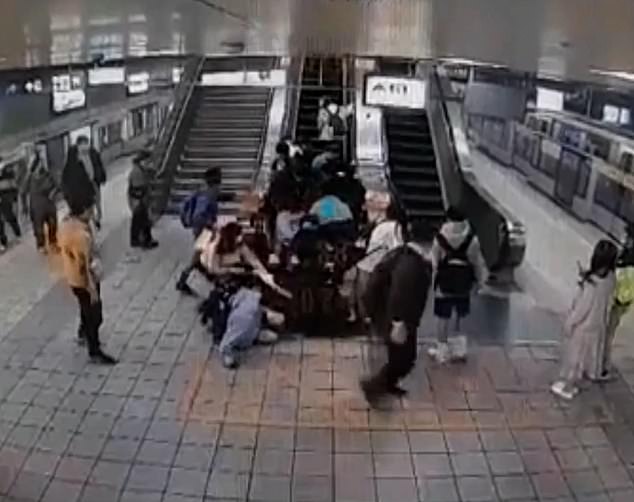 The accident on March 11 left four people injured, including one who went to hospital with a sprained ankle.

The operator added all lifts and escalators at the tube station were checked every month.

The last check on the broken escalator happened on March 7, when everything appeared to work.

Maintenance firm Otis Elevator, which takes care of the Xinpu escalator, will inspect every other piece of similar machinery because of the accident.